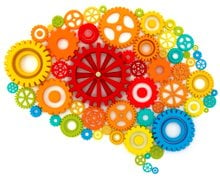 Cconcentrations of 7 of 10 organochlorine compounds were positively associated with one of more measures of more frequent and more vigorous fetal motor activity.
Home
Featured

Study is the first to show association between mother’s chemical exposure and fetal motor activity and heart rate.

A study led by researchers at the Johns Hopkins Bloomberg School of Public Health has for the first time found that a mother’s higher exposure to some common environmental contaminants was associated with more frequent and vigorous fetal motor activity. Some chemicals were also associated with fewer changes in fetal heart rate, which normally parallel fetal movements. The study of 50 pregnant women found detectable levels of organochlorines in all of the women participating in the study—including DDT, PCBs and other pesticides that have been banned from use for more than 30 years. The study is available online in advance of publication in the Journal of Exposure Science and Environmental Epidemiology.

“Both fetal motor activity and heart rate reveal how the fetus is maturing and give us a way to evaluate how exposures may be affecting the developing nervous system. Most studies of environmental contaminants and child development wait until children are much older to evaluate effects of things the mother may have been exposed to during pregnancy; here we have observed effects in utero,” said Janet A. DiPietro, PhD, lead author of the study and Associate Dean for Research at the Bloomberg School of Public Health.

For the study, DiPietro and her colleagues followed a sample of 50 high- and low- income pregnant women living in and around Baltimore, Md. At 36 weeks of pregnancy, blood samples were collected from the mothers and measurements were taken of fetal heart rate and motor activity. The blood samples were tested for levels of 11 pesticides and 36 polychlorinated biphenyl (PCB) compounds.

According to the findings, all participants had detectable concentrations of at least one-quarter of the analyzed chemicals, despite the fact that they have been banned for more than three decades. Fetal heart rate effects were not consistently observed across all of the compounds analyzed; when effects were seen, higher chemical exposures were associated with reductions in fetal heart rate accelerations, an indicator of fetal wellbeing. However, associations with fetal motor activity measures were more consistent and robust: higher concentrations of 7 of 10 organochlorine compounds were positively associated with one of more measures of more frequent and more vigorous fetal motor activity. These chemicals included hexachlorobenzene, DDT, and several PCB congeners. Women of higher socioeconomic status in the study had a greater concentration of chemicals compared to the women of lower socioeconomic status

“There is tremendous interest in how the prenatal period sets the stage for later child development. These results show that the developing fetus is susceptible to environmental exposures and that we can detect this by measuring fetal neurobehavior. This is yet more evidence for the need to protect the vulnerable developing brain from effects of environmental contaminants both before and after birth,” said DiPietro.

How Pregnancy Changes the Parental Brain

Notes about this neurodevelopment and environmental contaminant research