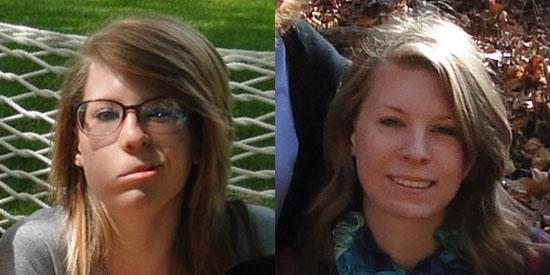 A Loyola University Medical Center surgeon is using electrical stimulation as part of an advanced surgical technique to treat Bell’s palsy. Bell’s palsy is a condition that causes paralysis on one side of a patient’s face.

During surgery, Dr. John Leonetti stimulates the patient’s damaged facial nerve with an electric current, helping to jump-start the nerve in an effort to restore improved facial movement more quickly.

Leonetti said some patients who have received electrical stimulation have seen muscle movement return to their face after one or two months — rather than the four-to-six months it typically takes for movement to return following surgery.

A virus triggered Bell’s palsy in Audrey Rex, 15, of Lemont, Ill. Her right eye could not close and her smile was lopsided, making her feel self-conscious. She had to drink from a straw, and eating was frustrating – she would accidently bite her bottom lip when it got stuck on her teeth.

She was treated with steroids, but after six weeks, there were no improvements. So Audrey’s mother did further research and made an appointment with Leonetti, and he recommended surgery with electrical stimulation, followed by physical therapy. Today, Audrey’s appearance has returned to normal, and she has regained nearly all of the facial muscle movements she had lost.

“I feel very blessed that we were referred to Dr. Leonetti,” said Deborah Rex, Audrey’s mother.

Bell’s palsy is classified as an idiopathic disorder, meaning its cause is not definitely known. However, most physicians believe Bell’s palsy is caused by a viral-induced swelling of the facial nerve within its bony covering. Symptoms include paralysis on one side of the face; inability to close one eye; drooling; dryness of the eye; impaired taste; and a complete inability to express emotion on one side of the face.

Bell’s palsy occurs when the nerve that controls muscles on one side of the face becomes swollen, inflamed or compressed. The nerve runs through a narrow, bony canal called the Fallopian canal. Following a viral infection, the nerve swells inside the canal, restricting the flow of blood and oxygen to nerve cells.

Most cases can be successfully treated with oral steroids, and 85 percent of patients experience good recovery within a month. But if symptoms persist for longer than a month, the patient may need surgery, Leonetti said. If surgery is delayed for longer than three months, the nerve damage from Bell’s palsy can be permanent. Thus, the optimal window for surgery is between one and three months after onset of symptoms.

Following surgery, Audrey worked with Loyola physical therapist Lisa Burkman, who used a mirror and biofeedback to teach Audrey individualized exercises of her mouth, eye, forehead, cheek and chin. Leonetti said Audrey’s case illustrates that the road back from Bell’s palsy is a multidisciplinary effort that involves the surgeon, physical therapist and patient.

Notes about this Bell’s palsy research

Leonetti is a Professor and Vice Chair in the department of Otolaryngology, Head and Neck Surgery, and Co-Director of the Loyola Center for Cranial Base Tumors at Loyola University Chicago Stritch School of Medicine. In addition to facial nerve disorders, his special interests include parotid gland tumors, ear disorders and skull base tumors.