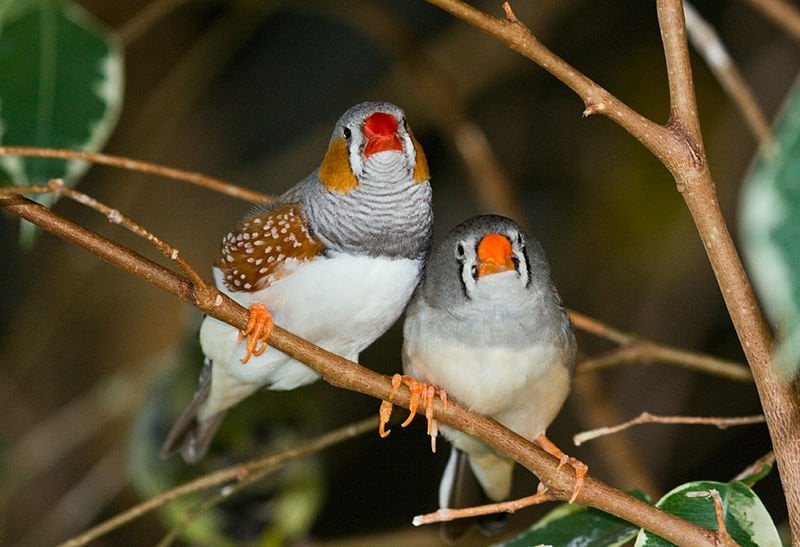 Zebra finches learn to sing and use songs for social communications. Because the vocal learning process in birds has many similarities with speech and language development in humans, the zebra finch provides a useful model to study the neural mechanisms underlying speech and language in humans.
Home
Featured

A study led by Xiaoching Li, PhD, at the LSU Health Sciences Center New Orleans Neuroscience Center of Excellence, has shown for the first time how two tiny molecules regulate a gene implicated in speech and language impairments as well as autism disorders, and that social context of vocal behavior governs their function.

The findings are published in the October 16, 2013 issue of The Journal of Neuroscience.

Mutations in the FOXP2 gene have been linked to speech and language deficits and in autism disorders. A current theory is that a precise amount of FOXP2 is required for the proper development of the neural circuits processing speech and language, so it is important to understand how the FOXP2 gene is regulated. In this study, the research team identified two microRNAs, or miRNAs, – miR-9 and miR-140-5p – that regulate the levels of FOXP2. (MicroRNAs are a new class of small RNA molecules that play an important regulatory role in cell biology. They prevent the production of a particular protein by binding to and destroying the messenger RNA that would have produced the protein.) The researchers showed that in the zebra finch brain, these miRNAs are expressed in a basal ganglia nucleus that is required for vocal learning, and their function is regulated during vocal learning. More intriguingly, the expression of these two miRNAs is also regulated by the social context of song behavior – in males singing undirected songs.

“Because the FOXP2 gene and these two miRNAs are evolutionarily conserved, the insights we obtained from studying birds are highly relevant to speech and language in humans and related neural developmental disorders such as autism,” notes Xiaoching Li, PhD, LSUHSC Assistant Professor of Cell Biology and Anatomy as well as Neuroscience. “Understanding how miRNAs regulate FOXP2 may open many possibilities to influence speech and language development through genetic variations in miRNA genes, as well as behavioral and environmental factors.”

Notes about this developmental neuroscience and language research

This research was supported by grants to LSUHSC’s Dr. Li from the National Institutes of Health and the Brain Behavior Research Foundation.