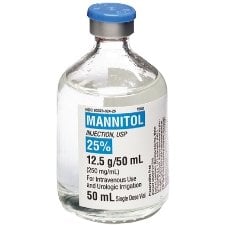 The results of this study suggest that the artificial sweetener, Mannitol, could be a novel therapy for the treatment of Parkinson's and other neurodegenerative diseases. Image credited to American Friends of Tel Aviv University.
Home
Featured

Researcher says mannitol could prevent aggregation of toxic proteins in the brain.

Mannitol, a sugar alcohol produced by fungi, bacteria, and algae, is a common component of sugar-free gum and candy. The sweetener is also used in the medical field — it’s approved by the FDA as a diuretic to flush out excess fluids and used during surgery as a substance that opens the blood/brain barrier to ease the passage of other drugs.

Now Profs. Ehud Gazit and Daniel Segal of Tel Aviv University’s Department of Molecular Microbiology and Biotechnology and the Sagol School of Neuroscience, along with their colleague Dr. Ronit Shaltiel-Karyo and PhD candidate Moran Frenkel-Pinter, have found that mannitol also prevents clumps of the protein α-synuclein from forming in the brain — a process that is characteristic of Parkinson’s disease.

These results, published in the Journal of Biological Chemistry and presented at the Drosophila Conference in Washington, DC in April, suggest that this artificial sweetener could be a novel therapy for the treatment of Parkinson’s and other neurodegenerative diseases. The research was funded by a grant from the Parkinson’s Disease Foundation and supported in part by the Lord Alliance Family Trust.

After identifying the structural characteristics that facilitate the development of clumps of α-synuclein, the researchers began to hunt for a compound that could inhibit the proteins’ ability to bind together. In the lab, they found that mannitol was among the most effective agents in preventing aggregation of the protein in test tubes. The benefit of this substance is that it is already approved for use in a variety of clinical interventions, Prof. Segal says.

Next, to test the capabilities of mannitol in the living brain, the researchers turned to transgenic fruit flies engineered to carry the human gene for α-synuclein. To study fly movement, they used a test called the “climbing assay,” in which the ability of flies to climb the walls of a test tube indicates their locomotive capability. In the initial experimental period, 72 percent of normal flies were able to climb up the test tube, compared to only 38 percent of the genetically-altered flies.

The researchers then added mannitol to the food of the genetically-altered flies for a period of 27 days and repeated the experiment. This time, 70 percent of the mutated flies could climb up the test tube. In addition, the researchers observed a 70 percent reduction in aggregates of α-synuclein in mutated flies that had been fed mannitol, compared to those that had not.

These findings were confirmed by a second study which measured the impact of mannitol on mice engineered to produce human α-synuclein, developed by Dr. Eliezer Masliah of the University of San Diego. After four months, the researchers found that the mice injected with mannitol also showed a dramatic reduction of α-synuclein in the brain.

Delivering therapeutic compounds to the brain

The researchers now plan to re-examine the structure of the mannitol compound and introduce modifications to optimize its effectiveness. Further experiments on animal models, including behavioral testing, whose disease development mimics more closely the development of Parkinson’s in humans is needed, Prof. Segal says.

For the time being, mannitol may be used in combination with other medications that have been developed to treat Parkinson’s but which have proven ineffective in breaking through the blood/brain barrier, says Prof. Segal. These medications may be able to “piggy-back” on mannitol’s ability to open this barrier into the brain.

Although the results look promising, it is still not advisable for Parkinson’s patients to begin ingesting mannitol in large quantities, Prof. Segal cautions. More testing must be done to determine dosages that would be both effective and safe.