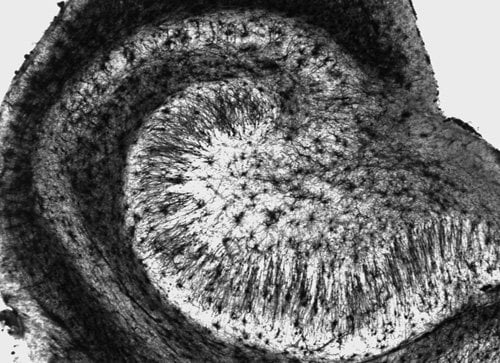 New research released from the University of Florida suggests the production of new nerve cells within the Hippocampus could prevent memory loss and assist in improving memory.

Production of new nerve cells in the human brain is linked to learning and memory, according to a new study from the University of Florida. The research is the first to show such a link in humans. The findings, published online and in an upcoming print issue of the journal Brain, provide clues about processes involved in age- and health-related memory loss and reveal potential cellular targets for drug therapy.

The researchers studied how stem cells in a memory-related region of the brain, called the hippocampus, proliferate and change into different types of nerve cells. Scientists have been unsure of the significance of that process in humans.

“The findings suggest that if we can increase the regeneration of nerve cells in the hippocampus we can alleviate or prevent memory loss in humans,” said Florian Siebzehnrubl, Ph.D., a postdoctoral researcher in neuroscience in the UF College of Medicine, and co-first author of the study. “This process gives us what pharmacologists call a ‘druggable target.'”

Over the past two decades, several studies have shown that new nerve cells are generated in the hippocampus. In animal studies, disrupting nerve cell generation resulted in the loss of memory function, while increasing the production of new nerve cells led to improved memory.

To investigate whether the same is true in humans, the UF researchers, in collaboration with colleagues in Germany, studied 23 patients who had epilepsy and varying degrees of associated memory loss. They analyzed stem cells from brain tissue removed during epilepsy surgery, and evaluated the patients’ pre-surgery memory function.

“It is interesting and provocative, but we need to do more work because it’s not clear what comes first the severe epilepsy or the change in the stem cells,” said Jack Parent, M.D., an associate professor of neurology and co-director of the EEG/Epilepsy Program at the University of Michigan, who was not involved in the study. “It was really interesting to correlate stem cell activity in tissue culture with the response of the patients.”

The work is potentially applicable beyond epilepsy, but first more studies have to be done with larger numbers of patients and more detailed testing of related brain structures and function, the researchers said. In addition, researchers still need to figure out how exactly the newly generated nerve cells contribute to learning and memory.

“The study gives us insights on how to approach the problem of cognitive aging and age-related memory loss, with the hope of developing therapies that can improve cognitive health in the aging,” said J. Lee Dockery, M.D., a trustee of the McKnight Brain Research Foundation, which has teamed with the National Institute on Aging to promote research on age-related memory loss.

Scientists are continuing to try to understand just what activates nerve cell production in the brain, and already have begun investigating compounds that might play a role. Animal studies point to a range of possible triggers, but it is difficult to know which are important and which are minor, the researchers said. Because of that, they said, efforts to determine relevant pathways and how to switch them on will be crucial. Noninvasive imaging techniques such as fMRI and PET can help reveal how the process unfolds over time.

“Probably everyone will experience some degree of age-related memory loss as a result of the normal aging process,” said Dennis A. Steindler, Ph.D., the executive director of UF’s McKnight Brain Institute and one of the study’s senior authors. “There is no reason to believe that this is irreversible, and we must find new approaches and therapeutics for allowing everyone to experience productivity and lifelong memory and learning. Facilitating the generation of new functional neurons in our brains throughout life may be one such approach for helping this cause.”