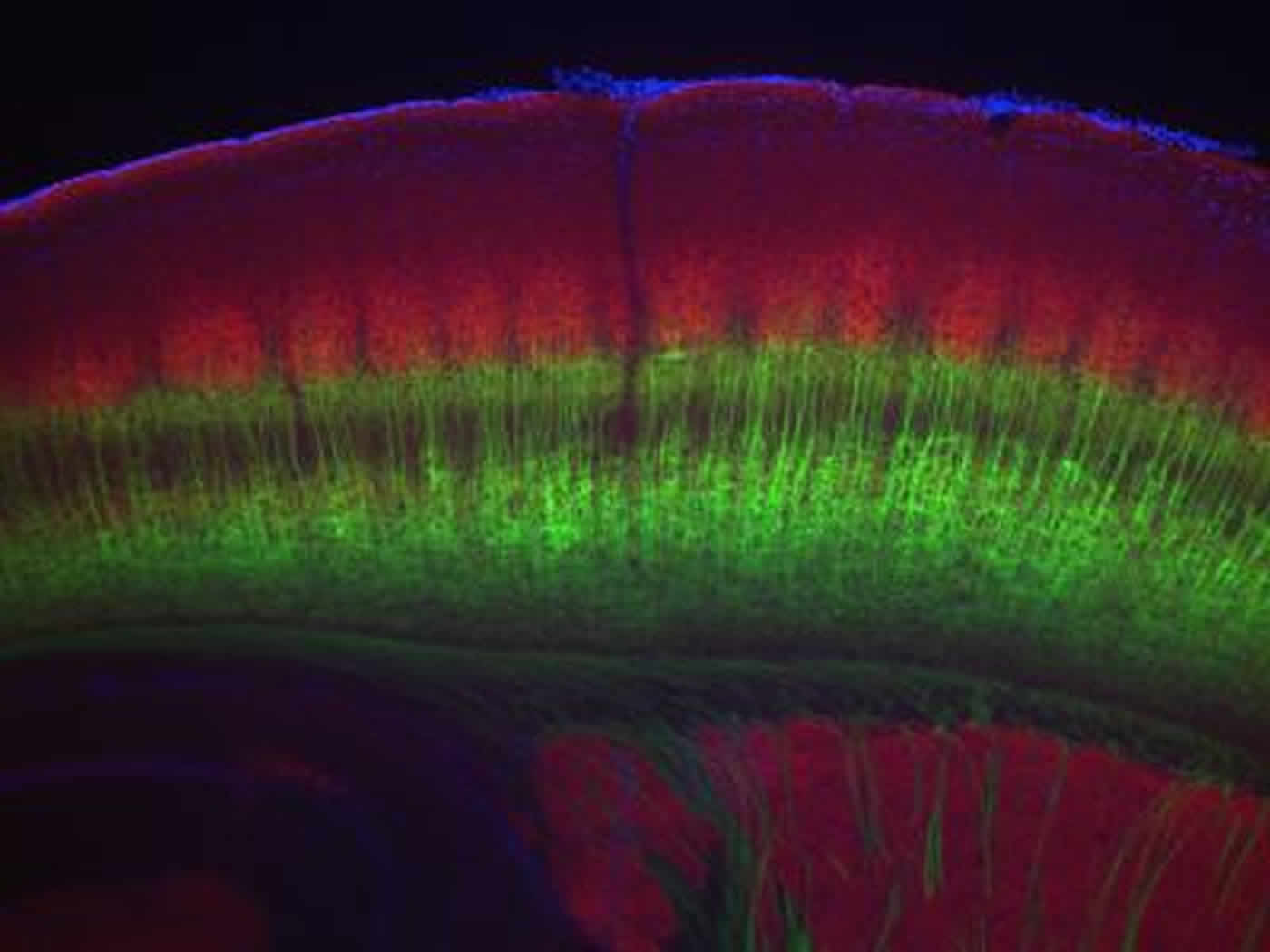 We consider only some of the sights, sounds, and sensations we experience. A new study by Brown University neuroscientists details how the neocortex selectively samples from the flow of sensory information that might otherwise flood it.

The usual metaphor for the neocortex is that it is the brain’s chief executive. It’s the region for complex cogitation and decision-making based on raw information gathered by the senses and delivered by its loyal lackey, a region called the thalamus. But the idea of a simple one-way rush of sensory information into the cortex doesn’t explain why cortical neurons project 10 times more tendrilous axons into the thalamus than thalamic neurons send into the cortex.

The curiosity that neuroscientists have had about this considerable infrastructure for cortical communication to the thalamus has led to the hypothesis that the cortex somehow controls the throughput of the thalamus. Perhaps the cortex uses these connections to tap streams of particular interest from the rushing floodwaters of incoming information. The new study, published in Neuron, not only adds considerable support to that idea, but also explains in detail how the cortex does it.

“One of the purported functions of this corticothalamic pathway is to focus attention on certain kinds of sensory stimuli at the expense of others,” said corresponding author Barry Connors, chair of neuroscience at Brown.

The researchers isolated the key circuits in mice (people have the same basic circuitry) and actively manipulated them to observe their physiology at work. What they learned is that the cortical neurons control the activity of the connected thalamic neurons by varying the frequency of their signals.

“When the cortex is ‘off’ there is a certain amount of thalamic input coming in in,” said co-author Scott Cruikshank, assistant professor (research) of neuroscience. “When the cortex turns ‘on’ a little bit, it actually suppresses that. When it turns on at a higher frequency, it enhances relative to being off. It can modify thalamic throughput in either direction.”

To conduct the research, Connors, Cruikshank, and lead author Shane Crandall, a postdoctoral research fellow in neuroscience, focused on the circuits running between the neocortex and the thalamus that process sensory information from the mouse’s whiskers. The mice in the study were genetically engineered such that the cells in the cortex that project neurons into the thalamus could be controlled — turned on an off — by flashes of visible light, a technique called “optogenetics.”

In a lab preparation they stripped down the neural tissue to better highlight the circuit. Then they electrically stimulated the cells in the thalamus to act as if they were reporting sensory information. With those neurons activated, they used the light flashes to operate the cortical neurons at different frequencies. Their goal was to see whether and how the cortical cell activity would affect the thalamic cell activity.

That result was not what conventional wisdom predicted, Crandall said. Many neuroscientists figured the cortex throttled the thalamus more simply. If the cortical neuron sent a signal to the thalamic neuron, they presumed, it would increase the activity of that circuit and suppress the activity of those nearby. But here the results suggest that the cortical signals vary by frequency to either suppress or enhance the thalamic neurons independently.

In further experiments the scientists measured how physical properties of the circuits, such as the conductance of the thalamic cells, changed with the different frequencies of cortical activity. They also examined which neurotransmitter receptors on the thalamic neurons were involved (NMDA, AMPA, and GABA). These studies showed that the frequency-dependent switching of thalamic cells between inhibition and excitation was associated with different balances of activity among all three of these receptors.

Experiments also showed that neurons called TRN cells were important for inhibiting the thalamic cells, and that their influence disappeared at the higher frequencies of cortical activity.

Finally, the researchers showed that by generating brainwaves at the gamma frequency in the cortex, which often occur naturally, they could also stimulate greater activity in the thalamus.

When one understands a circuit

The study illustrates at the circuit level how the cortex appears to dynamically modulate the influx of sensory information from individual neurons in the thalamus. With the circuits now well-observed in a lab tissue preparation, team members will continue their studies of corticothalamic communication in behaving rodent models. Can they, for instance, focus the attention of a mouse on a particular whisker by activating the relevant circuit of cortical and thalamic neurons?

Connors said that knowing what the circuits’ normal functioning looks like could help neurologists understand how it may differ in certain disorders, such as in schizophrenia.

The data will also allow the team to collaborate with colleagues to create a computer model of the corticothalamic circuits, which would allow for further studies using simulations.

And finally, Crandall is also onto another important question: What motivates a particular cortical neuron to increase or decrease its activity in order to control its thalamic counterpart?

A Corticothalamic Switch: Controlling the Thalamus with Dynamic Synapses