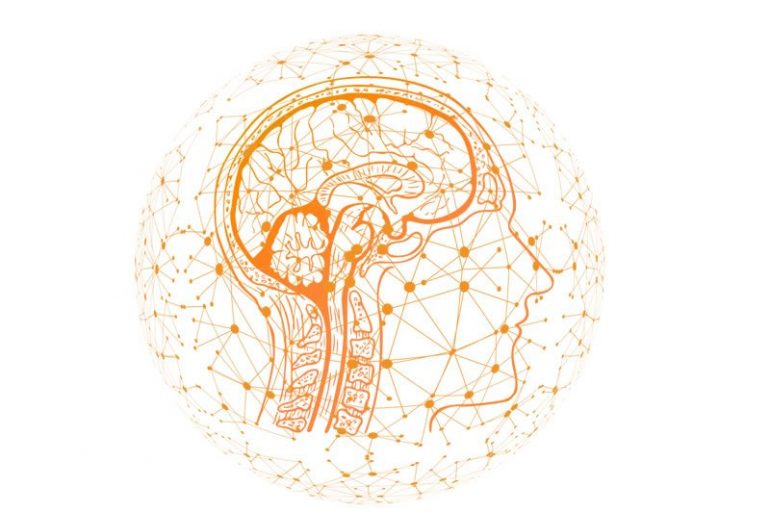 The researchers studied the roundworm C. elegans and found that the protein Neuromedin U plays a key role in recalling negative memories. It acts as a signalling molecule allowing the neurons to communicate with each other. Image is in the public domain.

Summary: Neuromedin U acts as a signaling molecule that allows neurons to communicate with each other, playing a key role in the recall of negative events.

Neurobiologists at KU Leuven have discovered how the signaling molecule Neuromedin U plays a crucial role in our learning process. The protein allows the brain to recall negative memories and, as such, learn from the past. The findings of their study on roundworms have been published in the journal Nature Communications.

If a certain type of food or drink has made you ill in the past, you will avoid it on future occasions. Similarly, you will avoid an uncomfortable situation that made you anxious before. This learning process, which is based on unpleasant or negative memories, is extremely important. It has fascinated researchers for years, but the molecular basis remains incompletely understood.

A new study carried out by the Division of Animal Physiology and Neurobiology of KU Leuven now sheds new light on the matter. The researchers studied the roundworm C. elegans and found that the protein Neuromedin U plays a key role in recalling negative memories. It acts as a signaling molecule allowing the neurons to communicate with each other.

Roundworms as a model organism

“The communication between brain cells is surprisingly similar between worms and humans”, explains Professor Isabel Beets. “While C. elegans worms only have about 300 neurons, their brains produce many signaling molecules that are similar to those in the human brain. So, by studying C. elegans we can also learn more about the human brain.”

Moreover, the worm is able to learn from past experiences, says Professor Beets. “Worms are intrinsically drawn to salt because they associate it with the presence of food. However, if they come into contact with salt when there is no food present, this results in a negative association. In other words, the worm will prefer to avoid salt.”

Inactivating the gene responsible for Neuromedin U changes the worms’ behaviour, says doctoral student Jan Watteyne, lead author of the study. “We found that the protein plays a very specific role in the learning process: it ensures that the worm is able to learn from past experiences. If the worm encounters a salty environment without food, it will avoid the salt on future occasions. However, if we temporarily block Neuromedin U, the worm forgets this first experience and will be drawn to the salt again. This means that the protein doesn’t help to make the association, but it does help to recall it.”

“It’s clear that the signaling molecule Neuromedin U plays a crucial role in learning and memory, and more specifically the retrieval of negative memories. This leads us to suspect that other similar molecules, so-called neuropeptides, also perform these specific functions.”

“Our findings in worms are a good starting point for further research into the cognitive functions of other animals. We know that Neuromedin U is also found in many other organisms and in the human brain”, says Professor Liliane Schoofs. “A good knowledge of these basic mechanisms is, therefore, crucial to better understand the complex processes in the human brain.”

Learning and memory are regulated by neuromodulatory pathways, but the contribution and temporal requirement of most neuromodulators in a learning circuit are unknown. Here we identify the evolutionarily conserved neuromedin U (NMU) neuropeptide family as a regulator of C. elegans gustatory aversive learning. The NMU homolog CAPA-1 and its receptor NMUR-1 are required for the retrieval of learned salt avoidance. Gustatory aversive learning requires the release of CAPA-1 neuropeptides from sensory ASG neurons that respond to salt stimuli in an experience-dependent manner. Optogenetic silencing of CAPA-1 neurons blocks the expression, but not the acquisition, of learned salt avoidance. CAPA-1 signals through NMUR-1 in AFD sensory neurons to modulate two navigational strategies for salt chemotaxis. Aversive conditioning thus recruits NMU signaling to modulate locomotor programs for expressing learned avoidance behavior. Because NMU signaling is conserved across bilaterian animals, our findings incite further research into its function in other learning circuits.

To Baby Brains, Language Is Language, Whether Signed or Spoken