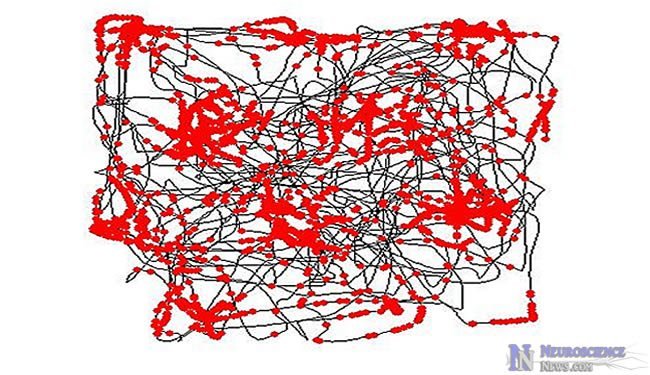 Tests suggest the extra IGF-II helped rats improve memory for weeks and slow down the loss of memories – slowed forgetting. The researchers then examined the brains and found that cellular connections were stronger in brain areas believed to be involved in long-term potentiation and memory.

The release below has quite a few important details and findings for anyone interested in memory research.

These findings should aid researchers working in fields such as memory and learning, synaptic plasticity, PTSD, Alzheimer’s disease and dementia research.

Works only if given during windows of memory malleability

A naturally occurring growth factor significantly boosted retention and prevented forgetting of a fear memory when injected into rats’ memory circuitry during time-limited windows when memories become fragile and changeable. In the study funded by the National Institutes of Health, animals treated with insulin-like growth factor (IGF-II) excelled at remembering to avoid a location where they had previously experienced a mild shock.

“To our knowledge, this is the first demonstration of potent memory enhancement via a naturally occurring factor that readily passes through the blood-brain barrier – and thus may hold promise for treatment development,” explained Cristina Alberini, Ph.D., of Mount Sinai School of Medicine, New York, a grantee of the NIH’s National Institute of Mental Health (NIMH).

Alberini and colleagues say IGF-II could become a potential drug target for boosting memory. They report on their discovery in the Jan. 27, 2011 issue of Nature.

“As we learn more about such mechanisms of fear memory formation and extinction, we hope to apply this knowledge to address clinical problems, including post-traumatic stress disorder,” said NIMH Director Thomas R. Insel, M.D.

The staying power of a memory depends on the synthesis of new proteins and structural changes in the connections between brain cells. These memory-strengthening changes occur within time-limited windows right after learning, when memories undergo consolidation, and also right after a memory is retrieved, a process called reconsolidation.

Hints from other studies led the researchers to suspect that IGF-II plays a role in these processes within the brain’s memory center, the hippocampus, where it is relatively highly concentrated. The little-known growth factor is part of the brain’s machinery for tissue repair and regeneration; it is important during development and declines with age.

To find out how it might work in memory, Alberini’s team employed a standard test of fear memory called inhibitory avoidance training. They tracked the movement of rats in an environment where the animals learned to associate a dark area with mild foot shocks. The more an animal avoided the dark area, the better its fear memory.

This kind of learning boosted the expression of naturally occurring IGF-II in the hippocampus. So the researchers injected synthetic IGF-II directly into the hippocampus during windows of consolidation or reconsolidation, when memories are malleable. Remarkably, the rats’ memory markedly improved – with the effects lasting at least a few weeks. An examination of the animals’ brains revealed that IGF-II had strengthened the cellular connections and mechanisms underlying long-term memory – a process called long-term potentiation.

So IGF-II both strengthened a memory and delayed its normal decay – forgetting, noted Alberini.

The researchers had previously discovered that the fragility induced by memory retrieval requires new protein synthesis in the brain’s fear area, the amygdala – but only if the memory is less than two weeks old. In the new study, they found that memory enhancement triggered by IGF-II during this reconsolidation window depended on new protein synthesis in the hippocampus during the same time period. They suggest that these time-limited effects might be explained by a gradual shift in the site where a memory is stored as it grows older, from the hippocampus to the brain’s outer mantle, or cortex.

The study showed that the growth factor works through its own – also little known – IGF-II receptor and depends on activation of an enzyme (GSK3 beta), and AMPA receptors for the chemical messenger glutamate, both of which are implicated in memory. Evidence suggests that rather than activating new neurons, it appears to work through already activated connections between cells – or synapses – that are regulated by the enzyme and receptor.

Among future directions, researchers could explore whether IGF-II might enhance other types of memory, such as extinction learning, in which a fear memory is replaced by a memory of safety, said Alberini. If so, it might provide clues to new treatments for anxiety disorders like PTSD.

The mission of the NIMH is to transform the understanding and treatment of mental illnesses through basic and clinical research, paving the way for prevention, recovery and cure. For more information, visit the NIMH website.

The National Institutes of Health (NIH) — The Nation’s Medical Research Agency — includes 27 Institutes and Centers and is a component of the U.S. Department of Health and Human Services. It is the primary federal agency for conducting and supporting basic, clinical and translational medical research, and it investigates the causes, treatments, and cures for both common and rare diseases. For more information about NIH and its programs, visit the NIH website.