As you step outdoors into the bright sunshine, your pupils automatically contract. Scientists from the Australian Centre of Excellence in Vision Science (ACEVS) based at The Australian National University (ANU) are making use of how this ‘pupil reflex’ is connected to the brain as a potential new way of testing the severity of multiple sclerosis (MS).

Dr Eman Ali and her ACEVS colleagues have used an instrument they are developing to accurately measure the pupil responses of MS patients and have found that the pupils of MS sufferers respond appreciably slower. The finding opens the door to a simple and quick way of tracking the severity of MS over time: the slower the response, the worse the MS.

“Our instrument uses special patterns of flashing lights that the patient looks at for four minutes,” says Professor Ted Maddess, a vision scientist at ANU who is head of the ACEVS team.

“We use infrared cameras to measure light-induced changes in the diameters of both pupils, and with computer tracking we can measure the diameter to within a micrometre 30 times a second. 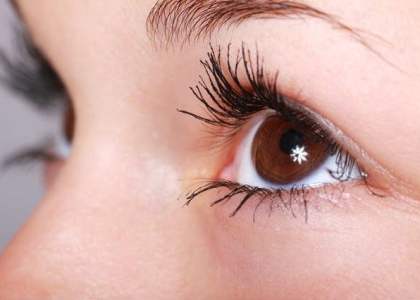 The slower the pupil response, the worse the symptoms of MS are for patients, new research suggests. Credit provided below.

“We have just published the results of our study of 85 MS patients, and we find that in MS patients the pupil response is about 25 milliseconds slower than in our control group. Although the study is preliminary, we believe the test has good potential in individual patients because it can precisely measure the speed of their response to within a millisecond.

“So instead of an expensive MRI to track the condition, the new method gives an accurate readout after just a few minutes. That quick and easy test might, in the future, allow MS patients to be assessed on the spot and have their medication adjusted accordingly,” he says.

MS is a potentially devastating neurological condition affecting the myelin sheath of nerve fibres, leading to sensory disturbances and muscle weakness. Vision, speech, and walking are most often affected, and pain can occur. Puzzlingly, MS affects different people in different ways, but the condition inexorably gets worse with age and there is currently no cure. Some patients experience acute, inflammatory attacks while others don’t.

“MS is the most common neurological disability in adults, with about 12,000 sufferers in Australia,” says Professor Maddess. “Although it seems to be some sort of immune disorder, its cause is still obscure.

“There are many puzzling aspects to MS, and there are many theories,” he says. “But our main aim in this work was just to find a way of accurately monitoring the progression of the disease, a single measure that relates to the degree of disability. MRI is good for giving insight into the inflammation associated with episodic attacks, but it’s not so good at monitoring the chronic decline that’s always going on.

“If we can use our pupil measurements to monitor the decline, we might be in a better position to adjust medications, which often have unpleasant side-effects.”

The instrument to measure the pupil responses is the same one which has also been shown to be helpful in diagnosing vision loss in glaucoma, diabetes, and age-related macular degeneration. The device was developed by Professor Maddess together with Associate Professor Andrew James and other ACEVS team members. Under the name TrueField, it is being commercially developed by an Australian company, Seeing Machines, which plans to sell it as a multipurpose medical diagnostic instrument.

TrueField has already received American FDA clearance, and Professor Maddess is hopeful it might, after some more research, also find a role in monitoring MS. He believes it has good prospects of reducing the high treatment costs associated with the disease.

Notes about this multiple sclerosis and neurology research

The paper by Dr Ali and colleagues, “Pupillary response to sparse multifocal stimuli in multiple sclerosis patients”, is available online in the Multiple Sclerosis Journal.