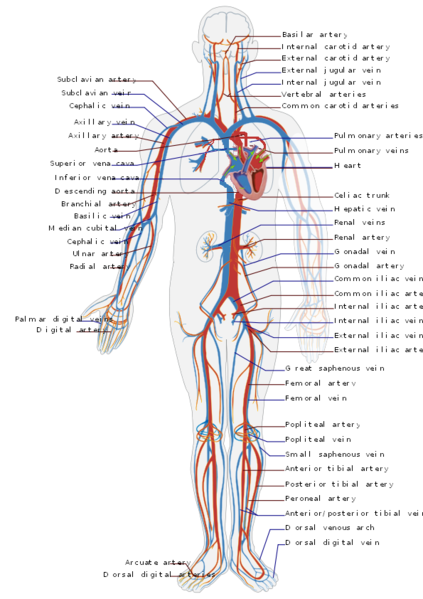 A new study published in the American Journal of Human Genetics, expands and deepens the biological and genetic links between cardiovascular disease and schizophrenia. Cardiovascular disease (CVD) is the leading cause of premature death among schizophrenia patients, who die from heart and blood vessel disorders at a rate double that of persons without the mental disorder.

“These results have important clinical implications, adding to our growing awareness that cardiovascular disease is under-recognized and under-treated in mentally ill individuals,” said study first author Ole Andreassen, MD, PhD, an adjunct professor at the University of California, San Diego School of Medicine and professor of psychiatry at the University of Oslo. “Its presence in schizophrenia is not solely due to lifestyle or medication side effects. Clinicians must recognize that individuals with schizophrenia are at risk for cardiovascular disease independent of these factors.”

These are studies in which differing bits of sequential DNA, called single nucleotide polymorphisms or SNPs, in persons and groups are compared to find common genetic variants that might be linked to a trait or disease. The researchers boosted the power of GWAS by adding information based on genetic pleiotropy, the concept that at least some genes influence multiple traits or phenotypes.

“Our approach is different in that we use all available genetic information for multiple traits and diseases, not just SNPs below a given statistical threshold,” said Dale. “This significantly increases the power to discover new genes by leveraging the combined power across multiple GWAS of pleiotropic traits and diseases.”

The scientists confirmed nine SNPs linked to schizophrenia in prior studies, but also identified 16 new loci, some of which are also associated with CVD. Among these shared risk factors: triglyceride and lipoprotein levels, waist-hip ratio, systolic blood pressure and body mass index.

“In addition to schizophrenia, this new analysis method can be used to examine the genetic overlap between a number of diseases and traits,” Desikan said. “Examining overlap in common variants can shed insight into disease mechanisms and help identify potential therapeutic targets for common diseases.”

Notes about this schizophrenia research article

Funding for this research came, in part, from the National Institutes of Health (grants RC2DA029475, R01HD061414 and T32 EB005970), the Research Council of Norway, the South East Norway Health Authority, the Unger-Vetlesen Medical Fund and the Robert J. Glushko and Pamela Samuelson Graduate Fellowship.