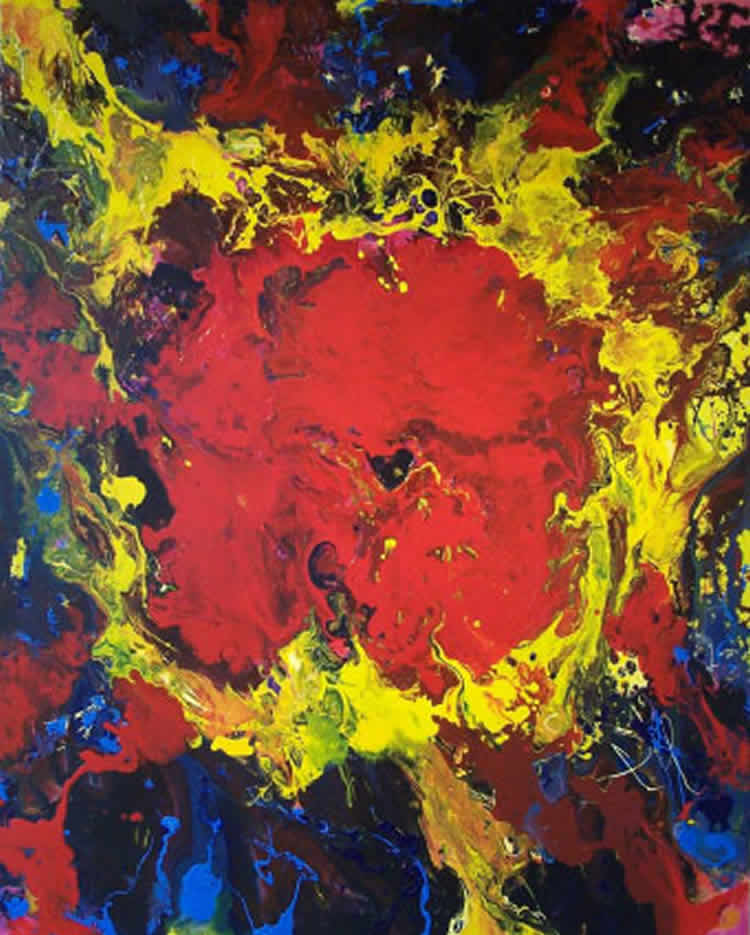 This acrylic on canvas artwork is an artistic interpretation of dynamic chromatin regulation in memory formation. Histones are the chief protein components of chromatin, which is a complex of molecules consisting of DNA and protein found in cells. Credit J. David Sweatt, Ph.D.

Researchers at the University of Alabama at Birmingham report the discovery of a novel mechanism in the brain involved in the formation of memory and learning. In findings reported online this week in Nature, the research team describes the role of a histone subunit known as H2A.Z.

The discovery could have therapeutic ramifications for conditions including dementia, age-related memory loss or even post-traumatic stress disorder.

Histones band together in groups of eight to form a core protein required for memory formation. In a healthy individual, the histone subunit H2A.Z is not part of the core protein, but is exchanged for — or replaces — one of the other eight core histones at the time a memory is laid down in the hippocampus.

The UAB research team, led by J. David Sweatt, Ph.D., chair of the Department of Neurobiology and director of the Evelyn F. McKnight Brain Institute, removed H2A.Z in mouse models by means of a genetically engineered virus so that the subunit exchange could not take place. The mice then underwent threat recognition training, which allowed researchers to measure their memory response to a perceived threat over a 24-hour period.

To their surprise, memory improved in the animal models in which the H2A.Z exchange had not taken place.

“Memory improved with the absence of H2A.Z, which was unexpected, since we hypothesized that H2A.Z would be a necessary part of memory formation in normal situations,” Sweatt said. “This gives us an intriguing new target for therapies for conditions involving memory loss or poor memory formation.”

Sweatt says one possible next step would be the development of H2A.Z inhibitors that might be beneficial in cases of declining memory associated with aging or dementia. Other applications might include memory impairment related to intellectual disability.

The discovery that memory improved in the absence of H2A.Z, thought to be an integral part of memory formation, does beg the question of H2A.Z’s responsibilities for normal memory formation. Sweatt speculates that H2A.Z plays a role in modulating memory, serving as a sort of memory suppressor in cases of unpleasant or painful memories.

Having a Good Listener Improves Your Brain Health

“It may be that its role is a type of buffer, to dampen negative memories so that they don’t overwhelm us or lead to additional health problems such as post-traumatic stress disorder,” Sweatt suggested. “In that eventuality, the ability to either inhibit or promote H2A.Z may play a valuable role in blocking or treating PTSD in the aftermath of traumatic experiences.”

Funding for the study was provided by the McKnight Brain Research Foundation, the National Institute for Mental Health and the Defense Advanced Research Projects Agency.