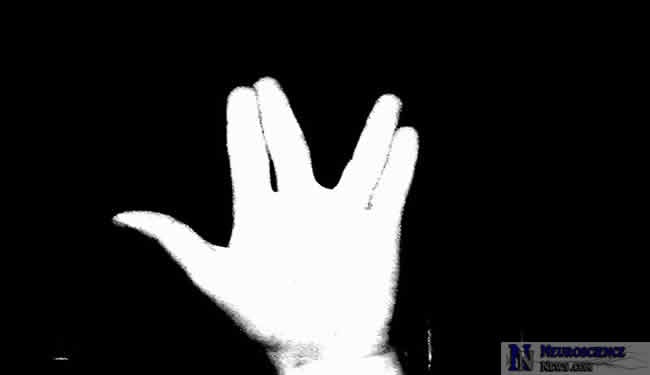 Live Longer and Prosper by Doing the Opposite of What You’ve Heard: Maybe Read this First

The claim that stress can shorten your life isn’t necessarily true, according to researchers at UC Riverside.

Undertaking a twenty year long study into personality as a predictor of longevity, researchers have discovered that many of the conventional pearls of wisdom we hear about extending personal lifespan are incorrect.

Researchers discovered the key to a longer life isn’t obtained by being stress free. Participants in this study who were most cheerful and had the best sense of humor tended to have shorter lifespans than their more serious natured contemporaries. The researchers suggested one reason for this could be that more laid back and optimistic people tend to take more risks with their personal health over the years.

Interestingly, researchers discovered marriage is good for extending the male life span. Men who remained in long-term marriages were more likely to live well into their 70’s, while only one-third of divorced men studied lived to such ripe old ages. However, in the case of women, those who divorced and never remarried, on average lived almost as long as ladies who were consistently married.

Hard work also factored into extending life spans. People who were more involved and committed to their jobs often lived much longer than their laid back work mates.

The report is interesting as it busts open a lot of myths associated with how best to extend a person’s life span.

The full press release from UCR is printed below.

Good advice for a long life? As it turns out, no. In a groundbreaking study of personality as a predictor of longevity, University of California, Riverside researchers found just the opposite.

“It’s surprising just how often common assumptions – by both scientists and the media – are wrong,” said Howard S. Friedman, distinguished professor of psychology who led the 20-year study.

Friedman and Leslie R. Martin , a 1996 UCR alumna (Ph.D.) and staff researchers, have published those findings in “The Longevity Project: Surprising Discoveries for Health and Long Life from the Landmark Eight-Decade Study” (Hudson Street Press, March 2011).

Friedman and Martin examined, refined and supplemented data gathered by the late Stanford University psychologist Louis Terman and subsequent researchers on more than 1,500 bright children who were about 10 years old when they were first studied in 1921. “Probably our most amazing finding was that personality characteristics and social relations from childhood can predict one’s risk of dying decades later,” Friedman concluded.

“When we started, we were frustrated with the state of research about individual differences, stress, health and longevity,” Friedman recalled. “It was clear that some people were more prone to disease, took longer to recover, or died sooner, while others of the same age were able to thrive. All sorts of explanations were being proposed – anxiety, lack of exercise, nerve-racking careers, risk-taking, lack of religion, unsociability, disintegrating social groups, pessimism, poor access to medical care, and Type A behavior patterns.” But none were well-studied over the long term. That is, none followed people step-by-step throughout their lives.

When Friedman and Martin began their research in 1991, they planned to spend six months examining predictors of health and longevity among the Terman participants.

But the project continued over the next two decades – funded in part by the National Institute on Aging – and the team eventually involved more than 100 graduate and undergraduate students who tracked down death certificates, evaluated interviews, and analyzed tens of thousands of pages of information about the Terman participants through the years.

“We came to a new understanding about happiness and health,” said Martin, now a psychology professor at La Sierra University in Riverside. “One of the findings that really astounds people, including us, is that the Longevity Project participants who were the most cheerful and had the best sense of humor as kids lived shorter lives, on average, than those who were less cheerful and joking. It was the most prudent and persistent individuals who stayed healthiest and lived the longest.”

Part of the explanation lies in health behaviors – the cheerful, happy-go-lucky kids tended to take more risks with their health across the years, Friedman noted. While an optimistic approach can be helpful in a crisis, “we found that as a general life-orientation, too much of a sense that ‘everything will be just fine’ can be dangerous because it can lead one to be careless about things that are important to health and long life. Prudence and persistence, however, led to a lot of important benefits for many years. It turns out that happiness is not a root cause of good health. Instead, happiness and health go together because they have common roots.”

Many of the UCR findings fly in the face of conventional wisdom. For example:

• Marriage may be good for men’s health, but doesn’t really matter for women. Steadily married men – those who remained in long-term marriages – were likely to live to age 70 and beyond; fewer than one-third of divorced men were likely to live to 70; and men who never married outlived those who remarried and significantly outlived those who divorced – but they did not live as long as married men.

• Being divorced is much less harmful to women’s health. Women who divorced and did not remarry lived nearly as long as those who were steadily married.

• “Don’t work too hard, don’t stress,” doesn’t work as advice for good health and long life. Terman subjects who were the most involved and committed to their jobs did the best. Continually productive men and women lived much longer than their more laid-back comrades.

• Starting formal schooling too early – being in first grade before age 6 – is a risk factor for earlier mortality. Having sufficient playtime and being able to relate to classmates is very important for children.

• Playing with pets is not associated with longer life. Pets may sometimes improve well-being, but they are not a substitute for friends.

• Combat veterans are less likely to live long lives, but surprisingly the psychological stress of war itself is not necessarily a major health threat. Rather, it is a cascade of unhealthy patterns that sometimes follows. Those who find meaning in a traumatic experience and are able to reestablish a sense of security about the world are usually the ones who return to a healthy pathway.

• People who feel loved and cared for report a better sense of well-being, but it doesn’t help them live longer. The clearest health benefit of social relationships comes from being involved with and helping others. The groups you associate with often determine the type of person you become – healthy or unhealthy.

It’s never too late to choose a healthier path, Friedman and Martin said. The first step is to throw away the lists and stop worrying about worrying.

“Some of the minutiae of what people think will help us lead long, healthy lives, such as worrying about the ratio of omega-6 to omega-3 fatty acids in the foods we eat, actually are red herrings, distracting us from the major pathways,” Friedman said. “When we recognize the long-term healthy and unhealthy patterns in ourselves, we can begin to maximize the healthy patterns.”

“Thinking of making changes as taking ‘steps’ is a great strategy,” Martin advised. “You can’t change major things about yourself overnight. But making small changes, and repeating those steps, can eventually create that path to longer life.”