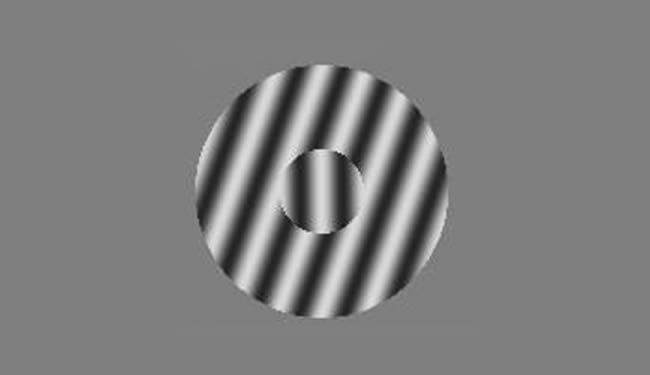 How Your Eyes Deceive You

Researchers at the University of Sydney have thrown new light on the tricks the brain plays as it struggles to make sense of the visual and other sensory signals it constantly receives.

People rely on their eyes for most tasks – yet the information provided by our visual sensing system is often distorted, unreliable and subject to illusion.

In a just published article in Proceedings of the National Academy of Science, Dr Isabelle Mareschal and Professor Colin Clifford, from the University’s School of Psychology and The Vision Centre, report a series of groundbreaking experiments tracing the origins of the tilt illusion to the cells of the primary visual cortex. This is where the first stage of vision processing takes place before the conscious mind takes over.

“We tend to regard what we see as the real world,” said Dr Mareschal.

“In fact a lot of it is distortion, and it is occurring in the early processing of the brain, before consciousness takes over. Our work shows that the cells of the primary visual cortex create small distortions, which then pass on to the higher levels of the brain, to interpret as best it can.”

A common example of this that is often exploited by artists and designers is known as the tilt illusion where perfectly vertical lines appear tilted because they are placed on an oriented background.

“We wanted to test at what level the illusion occurs in the brain, unconscious or conscious – and also to see if the higher brain is aware of the illusions it is receiving and how it tries to correct for them,” she explains.

“The answer is that the brain seeks more contextual information from the background to try to work out the alignment of the object it is seeing.”

The team subjected volunteers to a complex test in which they indicated the orientation of a vertical line, perceived as constantly tilting from side to side, against a fuzzy background that was also changing.

“These illusions happen very fast, perhaps in milliseconds,” Dr Mareschal says. “And we found that even the higher brain cannot always correct for them, as it doesn’t in fact know they are illusions.”

This is one reason why people’s eyes sometimes mislead them when looking at objects in their visual landscape.

Normally, Dr Mareschal explains, it doesn’t matter all that much – but in the case of a person driving a car fast in traffic, an athlete performing complex acrobatic feats, a pilot landing an aircraft or other high-speed uses of sight, the illusion may be of vital importance by causing them to misinterpret the objects they ‘see’.

The brain uses context, or background, to interpret a host of other visual signals besides the orientation of objects. For example, it uses context to tell colour, motion, texture and contrast. The research will help study how the brain understands these visual cues adding to our overall understanding of brain function.

The Vision Centre is funded by the Australian Research Council as the ARC Centre of Excellence in Vision Science.