How hearing loss in old age affects the brain 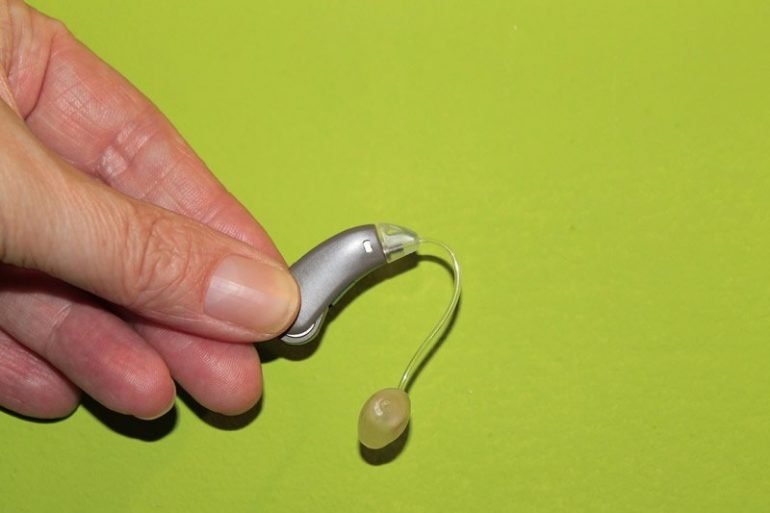 The stronger the hearing impairment, the poorer were both synaptic plasticity and memory ability. Image is in the public domain.

Researchers studied the brain of mice that exhibit hereditary hearing loss, similar to age related hearing loss in humans. The scientists analysed the density of neurotransmitter receptors in the brain that are crucial for memory formation. They also researched the extent to which information storage in the brain’s most important memory organ, the hippocampus, was affected.

Adaptability of the brain suffers

“Our results provide new insights into the putative cause of the relationship between cognitive decline and age-related hearing loss in humans,” said Denise Manahan-Vaughan. “We believe that the constant changes in neurotransmitter receptor expression caused by progressive hearing loss create shifting sands at the level of sensory information processing that prevent the hippocampus from working effectively”, she adds.

Funding: The study was funded by the Collaborative Research Center (SFB) 874 of the German Research Foundation. SFB 874 “Integration and Representation of Sensory Processes” has existed at RUB since 2010. The researchers investigate how sensory signals generate neuronal maps, resulting in complex behaviour and memory formation. Daniela Beckmann and Mikro Feldmann have also completed the medical students’ program of the SFB 874 and the International Graduate School of Neuroscience.

Getting the Inside Dope on How We Get Angry

Sensory information comprises the substrate from which memories are created. Memories of spatial sensory experience are encoded by means of synaptic plasticity in the hippocampus. Hippocampal dependency on sensory information is highlighted by the fact that sudden and complete loss of a sensory modality results in an impairment of hippocampal function that persists for months. Effects are accompanied by extensive changes in the expression of neurotransmitter receptors in cortex and hippocampus, consistent with a substantial adaptive reorganization of cortical function. Whether gradual sensory loss affects hippocampal function is unclear. Progressive age-dependent hearing loss (presbycusis) is a risk factor for cognitive decline. Here, we scrutinized C57BL/6 mice that experience hereditary and cumulative deafness starting in young adulthood. We observed that 2–4 months postnatally, increases in the cortical and hippocampal expression of GluN2A and GluN2B subunits of the N-methyl-D-aspartate receptor occurred compared to control mice that lack sensory deficits. Furthermore, GABA and metabotropic glutamate receptor expression were significantly altered. Hippocampal synaptic plasticity was profoundly impaired and mice exhibited significant deficits in spatial memory. These data show that during cortical adaptation to cumulative loss of hearing, plasticity-related neurotransmitter expression is extensively altered in the cortex and hippocampus. Furthermore, cumulative sensory loss compromises hippocampal function.

New Gene Therapy Pathway Could Protect Us From Cancer and Dementia