Hangovers reduce brain function and memory, according to new research from Swinburne University of Technology (Swinburne) in Melbourne.

The research was conducted in the central entertainment district of Brisbane and involved breathalyzing and interviewing participants at the end of a night out.

The following morning, more than 100 participants who had consumed alcohol that night completed an online survey and cognitive test, while experiencing varying degrees of hangovers. The test measured brain function, particularly memory and executive function.

The research found that those who had a higher breath alcohol concentration (BAC) on the previous night, spent more time drinking, reported worse hangover symptoms and performed the test slower than more sober counterparts.

“Not surprisingly, the more alcohol that is consumed, the worse the hangover and impairment to the brain,” says Swinburne Postdoctoral Research Fellow, Dr Sarah Benson. However, Dr Benson adds that this type of research is important so people understand their limitations while hungover.

“It is important to learn more about the causes and consequences of hangover because not only are hangovers very commonly experienced, but they also have potentially huge negative effects on day-to-day activities,” she says.

“For example, our study proves that hangovers reduce ability to engage in complex behaviors, and thus ability to drive, work, study or conduct other activities are impaired by a hangover.”

The team behind the research continues to explore the effects of hangovers on brain function, looking for better ways to engage with a wider pool of participants. 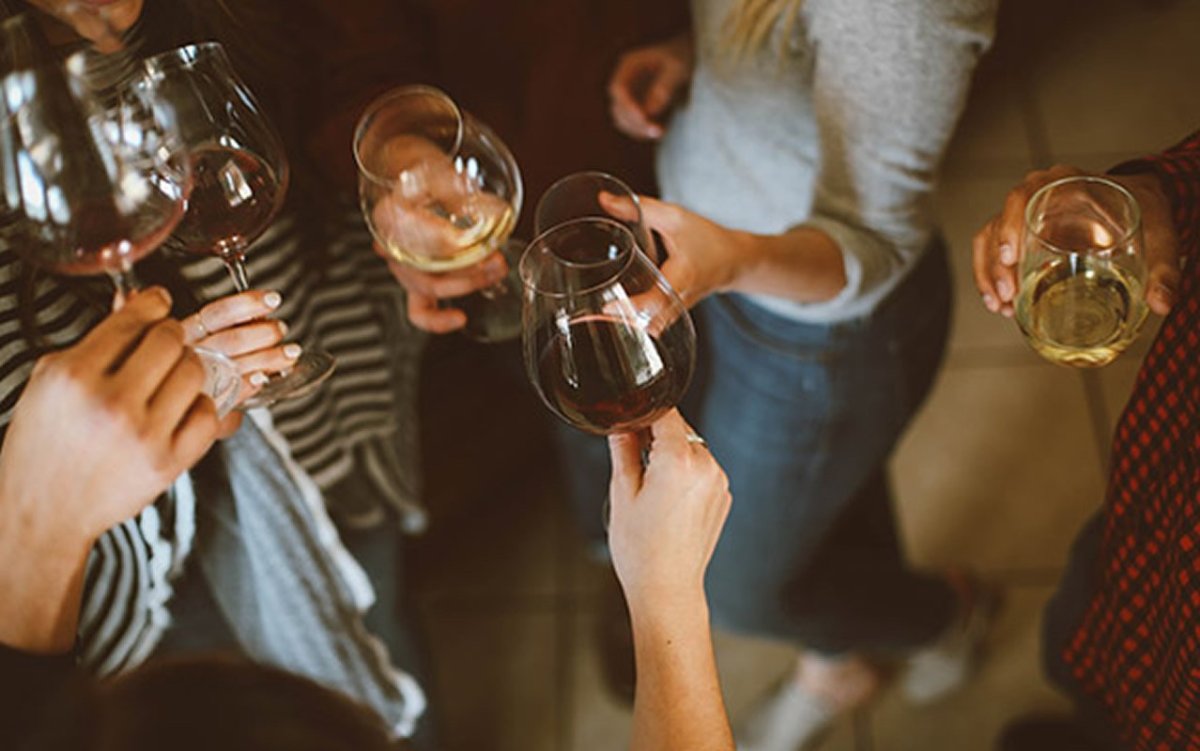 More than 100 participants completed a brain function test after a night of drinking. The image is adapted from the Swinburne University of Technology news release.

“Getting people to complete the next-day measures can be tricky, as hangovers can prevent participants from completing the prescribed test,” says Dr Benson.

“By having our participants complete the next-day measures online, we made it relatively simple to take part but we are still looking towards better ways to improve engagement.”

Results from studies into the cognitive effects of alcohol hangover have been mixed. They also present methodological challenges, often relying on self-reports of alcohol consumption leading to hangover. The current study measured Breath Alcohol Concentration (BAC, which was obtained via breathalyzer) and self-reported drinking behavior during a night out. These were then related to hangover severity and cognitive function, measured over the internet in the same subjects, the following morning. Volunteers were breathalyzed and interviewed as they left the central entertainment district of an Australian state capital. They were provided with a unique identifier and, the following morning, logged on to a website. They completed a number of measures including an online version of the Alcohol Hangover Severity Scale (AHSS), questions regarding number and type of drinks consumed the previous night, and the eTMT-B-a validated, online analogue of the Trail Making Test B (TMT-B) of executive function and working memory. Hangover severity was significantly correlated with one measure only, namely the previous night’s Breath Alcohol Concentration (r = 0.228, p = 0.019). Completion time on the eTMT-B was significantly correlated with hangover severity (r = 0.245, p = 0.012), previous night’s BAC (r = 0.197, p = 0.041), and time spent dinking (r = 0.376, p < 0.001). These findings confirm that alcohol hangover negatively affects cognitive functioning and that poorer working memory and executive performance correlate with hangover severity. The results also support the utility and certain advantages of using online measures in hangover research.