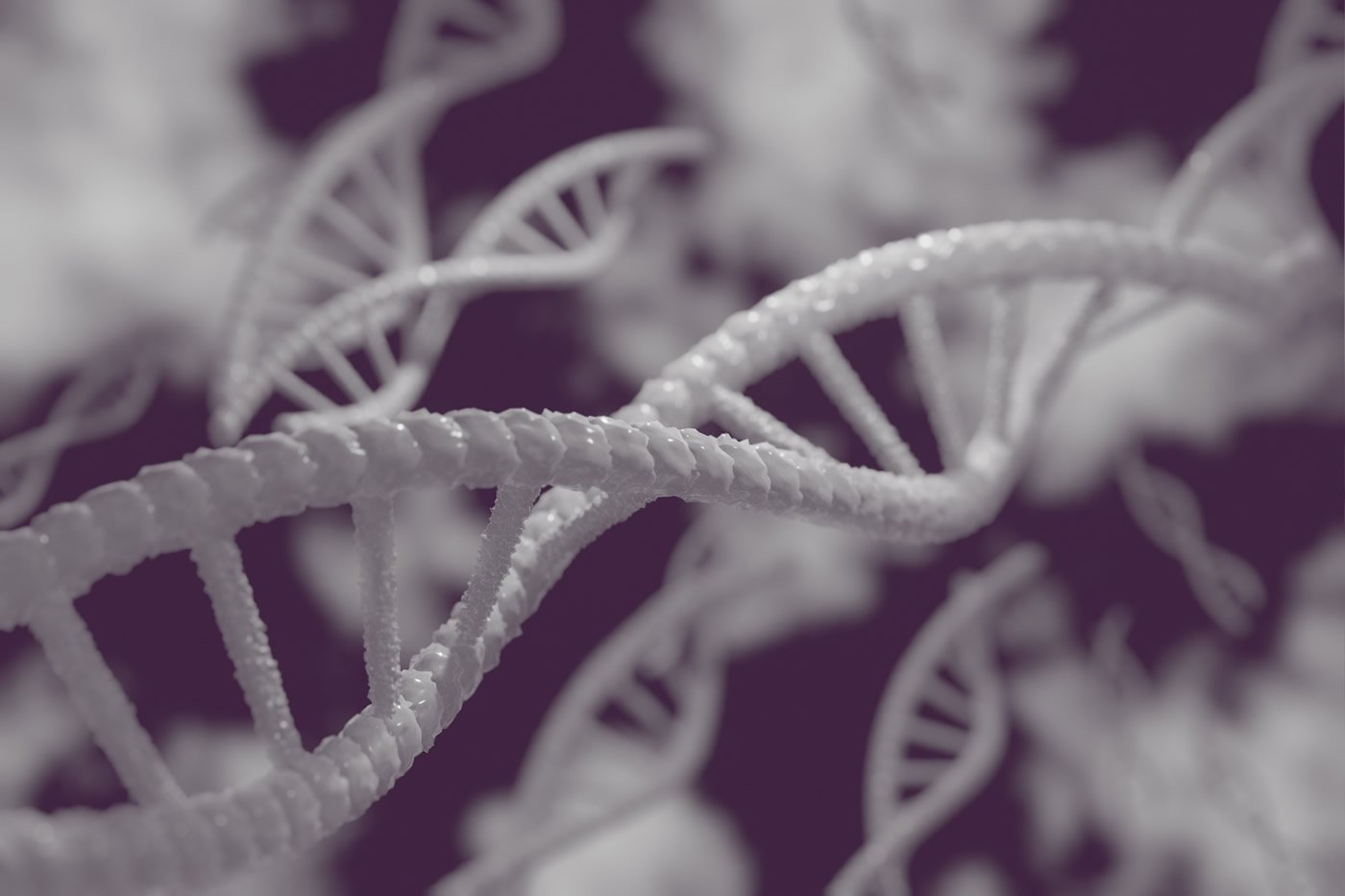 The researchers say the discovery could eventually lead to the development of interventions to slow the aging process. Image is in the pubic domain.

Differences in the rate that genetic mutations accumulate in healthy young adults could help predict remaining lifespan in both sexes and the remaining years of fertility in women, according to University of Utah Health scientists. Their study, believed to be the first of its kind, found that young adults who acquired fewer mutations over time lived about five years longer than those who acquired them more rapidly.

The researchers say the discovery could eventually lead to the development of interventions to slow the aging process.

“If the results from this small study are validated by other independent research, it would have tremendous implications,” says Lynn B. Jorde, Ph.D., chair of the Department of Human Genetics at U of U Health and a co-author of the study. “It would mean that we could possibly find ways to fix ourselves and live longer and better lives.”

The study appears online in the journal Scientific Reports.

Scientists have long known that DNA damage constantly occurs in the body. Typically, various mechanisms repair this damage and prevent potentially harmful mutations, according to lead and corresponding author Richard Cawthon, M.D., Ph.D., a U of U Health research associate professor of human genetics.

As we get older, these mechanisms become less efficient and more mutations accumulate. Older parents, for instance, tend to pass on more genetic mutations through their germline (egg and sperm) to their children than younger parents.

However, Cawthon and colleagues theorized that these mutations could be a biomarker for rates of aging and potentially predict lifespan in younger individuals as well as fertility in women.

The researchers sequenced DNA from 61 men and 61 women who were grandparents in 41 three-generational families. The families were part of the Centre d’Etude du Polymorphisme Humain (CEPH) consortium, which was central to many key investigations that have contributed toward a modern understanding of human genetics.

The researchers analyzed blood DNA sequences in trios consisting of pairs of grandparents from the first generation and one of their children from the second generation. That’s because germline mutations are passed on to their offspring. Mutations found in the child’s blood DNA that were not present in either parent’s blood DNA were then inferred to have originated in the parents’ germlines. The researchers were then able to determine which parent each germline mutation came from, and, therefore, the number of such mutations each parent had accumulated in egg or sperm by the time of conception of the child.

Knowing that allowed the researchers to compare each first-generation parent to others of the same sex and estimate their rate of aging.

“So, compared to a 32-year-old man with 75 mutations, we would expect a 40-year-old with the same number of mutations to be aging more slowly,” Cawthon says. “We’d expect him to die at an older age than the age at which the 32-year-old dies.”

The scientists found that mutations began to occur at an accelerating rate during or soon after puberty, suggesting that aging begins in our teens.

Some young adults acquired mutations at up to three times the rate of others. After adjusting for age, the researchers determined that individuals with the slowest rates of mutation accumulation were likely to live about five years longer than those who accumulated mutations more rapidly. This is a difference comparable to the effects of smoking or lack of physical activity, Cawthon says.

Women with the highest mutation rates had significantly fewer live births than other women and were more likely to be younger when they gave birth to their last child. This suggests that the high rate of mutation was affecting their fertility.

“The ability to determine when aging starts, how long women can stay fertile, and how long people can live is an exciting possibility,” Cawthon says. “If we can get to a point where we better understand what sort of developmental biology affecting mutation rates is happening during puberty, then we should be able to develop medical interventions to restore DNA repair and other homeostatic mechanisms back to what they were before puberty. If we could do that, it’s possible people could live and stay healthy much longer.”

Pain Relief Without Side Effects and Addiction

In addition to Drs. Cawthon and Jorde, other U of U Health researchers involved in this study, titled “Germline Mutation Rates in Young Adults Predict Longevity and Reproductive Lifespan,” were H.D. Meeks, T.A. Sasani, K.R. Smith, L. Baird, M.M. Dixon, A.P. Peiffer, M.F. Leppert, and A.R. Quinlan. The research was conducted in conjunction with E. O’Brien and R. Kerber at the University of Louisville.

Ageing may be due to mutation accumulation across the lifespan, leading to tissue dysfunction, disease, and death. We tested whether germline autosomal mutation rates in young adults predict their remaining survival, and, for women, their reproductive lifespans. Age-adjusted mutation rates (AAMRs) in 61 women and 61 men from the Utah CEPH (Centre d’Etude du Polymorphisme Humain) families were determined. Age at death, cause of death, all-site cancer incidence, and reproductive histories were provided by the Utah Population Database, Utah Cancer Registry, and Utah Genetic Reference Project. Higher AAMRs were significantly associated with higher all-cause mortality in both sexes combined. Subjects in the top quartile of AAMRs experienced more than twice the mortality of bottom quartile subjects (hazard ratio [HR], 2.07; 95% confidence interval [CI], 1.21–3.56; p = 0.008; median survival difference = 4.7 years). Fertility analyses were restricted to women whose age at last birth (ALB) was ≥ 30 years, the age when fertility begins to decline. Women with higher AAMRs had significantly fewer live births and a younger ALB. Adult germline mutation accumulation rates are established in adolescence, and later menarche in women is associated with delayed mutation accumulation. We conclude that germline mutation rates in healthy young adults may provide a measure of both reproductive and systemic ageing. Puberty may induce the establishment of adult mutation accumulation rates, just when DNA repair systems begin their lifelong decline.