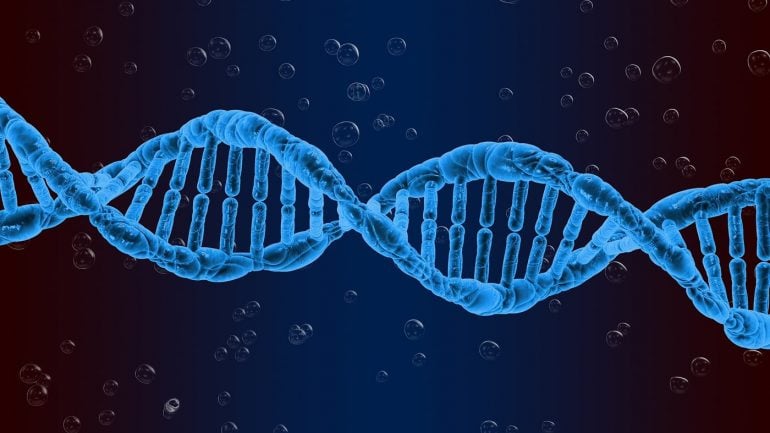 However, he noted that most children with this syndrome experience seizures by 20 months old, which could be a trigger for genetic testing and then potential treatment. Image is in the public domain.

Summary: Mouse models with one good copy and one inactive copy of the MEF2C gene showed social deficits, hyperactivity, repetitive behaviors, and significant reductions in vocalization.

A collaboration between scientists at the Medical University of South Carolina and clinicians at the Greenwood Genetic Center has yielded new findings about how a particular gene might regulate brain development..

Those patients have a rare form of autism called MEF2C haploinsufficiency syndrome. Basically, one of their two MEF2C genes in each cell is nonfunctioning, and the one non-mutated copy of the gene isn’t powerful enough to regulate brain development the way it should, said Christopher Cowan, Ph.D., chairman of the Department of Neuroscience, whose lab conducted the study. The result in humans includes an inability to use language to communicate, epilepsy, repetitive movements, low muscle tone and breathing problems.

Cowan said the results of the study raise new prospects for treatment.

“We know the problem. The individuals have half as much MEF2C as they need. So, from a therapy standpoint, I think it opens a lot of interesting doors. We can think about ways to introduce more MEF2C into the brain during critical periods of development,” he said.

It’s not yet clear when interventions could be effective or if there is a developmental point of no return, he said. However, he noted that most children with this syndrome experience seizures by 20 months old, which could be a trigger for genetic testing and then potential treatment.

Cowan has been studying MEF2C for more than a decade. He’d previously found the MEF2 family is involved in synaptic pruning, the process by which the brain becomes more efficient as it prunes away redundant or irrelevant synaptic connections; this process occurs through young adulthood but is most active in the preschool and elementary school years. He’d also observed a connection to fragile X syndrome, the most common inherited form of autism.

When Cowan moved to South Carolina in 2016, he gave a talk at the Greenwood Genetic Center about his latest research findings, including information about MEF2C. More recently, the paper’s joint lead authors, Adam Harrington, a postdoctoral scholar, and Catherine Bridges, an MUSC medical scientist training program student, both made presentations at a South Carolina Autism and Neurodevelopmental Disorders Consortium conference about their work on MEF2C in mice.

There to hear the talks was Steve Skinner, M.D., director of the Greenwood Genetic Center. As he listened, Skinner realized he’d just seen a patient with this gene dysfunction. Cowan and his team were excited about the opportunity to connect and interested in meeting human patients, Skinner said.

From there, the collaboration blossomed.

Cowan said that when they first created a mouse model of MEF2C haploinsufficiency syndrome, they looked to the scientific literature to see what gene mutations had already been found. They realized that nearly all the mutations were in the DNA binding region, affecting the most highly conserved portion of the protein MEF2C. Highly conserved protein regions have barely changed through millions of years of evolution – they remain nearly identical whether in yeast, flies or humans, strongly suggesting they serve a very important function.

And this particular protein is a transcription factor, which sits in the nucleus of the cell, binds to DNA and turns on hundreds of other genes, Cowan said. Those other genes must be activated at just the right time for neurons to mature, form appropriate connections and change in response to experiences, he said. That the mutations were occurring in this “hub” gene hinted that the mutations were causing problems for the protein to bind to DNA.

Indeed, the mouse model that was given one good copy and one inactive copy of MEF2C showed social deficits, hyperactivity, repetitive behavior and a significant reduction in ultrasonic vocalizations, Cowan said.

When the team analyzed the genes in the mouse brains that were abnormally expressed and compared them to the human genome, two areas pinged. The first was excitatory neurons, and the second was the microglia, what Cowan calls “the brain’s resident immune cell.” Microglia eat up dead cells after an injury or a stroke and also physically remove synaptic material to help with pruning during normal brain development.

The scientists then removed MEF2C from just the neuronal cells or just the microglia, which produced different subsets of autism-like behaviors.

“For the field, I think it’s important because it’s starting to help us appreciate that neurodevelopmental disorders are probably a convergence of dysfunction or altered development of multiple different cell types. This has treatment implications as well because you can’t just target the neuronal population. You can’t just target microglia. You’re probably going to have to think about the cluster of different cooperating cell types in the brain that lead to a typically functioning brain,”‘ Cowan said.

Research is continuing with cooperation from families across the world with children with this disorder. They’re a small group, relatively speaking, but the internet and social media have given patients with rare disorders the opportunity to combine forces in looking for answers and even charting a path for research, Skinner said. For example, parents of children with Rett syndrome, another rare neurodevelopmental disorder, noted that their children often suffered from gallbladder diseases at a young age. Nowhere was this described in the scientific literature, but the parents saw the common thread among their children. As they began pressing for confirmation, Skinner said, researchers began looking at the question and found the connection the parents had intuited.

“Parents want to drive research to eventually find a treatment for their children,” Skinner said.

The parents of children with MEF2C haploinsufficiency syndrome deeply appreciate the opportunity to talk to a researcher like Cowan, he said. The online support and information group, which consists of a few hundred families from across the world, is participating in further research, too. The research team recruited a Clemson University graduate student who developed a questionnaire that she sent to these families. It covers topics like when symptoms appeared, which symptoms appeared and treatments they have tried.

Skinner said the cooperative effort with MUSC has been rewarding.

“It’s been a very collegial and collaborative relationship,” he said. “Dr. Cowan has been very receptive to fielding questions from us, from the patients and families.”

Cowan, for his part, said the relationship has been helpful in providing real-world context for his lab’s work.

“Right in our own backyard, here in South Carolina, there are the tools and the research capabilities to be able to attack these really complex problems in biology. It’s been a really great collaboration,” he said.

Background
Microdeletions of the MEF2C gene are linked to a syndromic form of autism termed MEF2C haploinsufficiency syndrome (MCHS). MEF2C hypofunction in neurons is presumed to underlie most of the symptoms of MCHS. However, it is unclear in which cell populations MEF2C functions to regulate neurotypical development.

Results
We showed that MCHS-associated missense mutations cluster in the conserved DNA binding domain and disrupt MEF2C DNA binding. DNA binding–deficient global Mef2c heterozygous mice ( Mef2c-Het) displayed numerous MCHS-related behaviors, including autism-related behaviors, changes in cortical gene expression, and deficits in cortical excitatory synaptic transmission. We detected hundreds of dysregulated genes in Mef2c-Het cortex, including significant enrichments of autism risk and excitatory neuron genes. In addition, we observed an enrichment of upregulated microglial genes, but this was not due to neuroinflammation in the Mef2c-Het cortex. Importantly, conditional Mef2c heterozygosity in forebrain excitatory neurons reproduced a subset of the Mef2c-Het phenotypes, while conditional Mef2c heterozygosity in microglia reproduced social deficits and repetitive behavior.