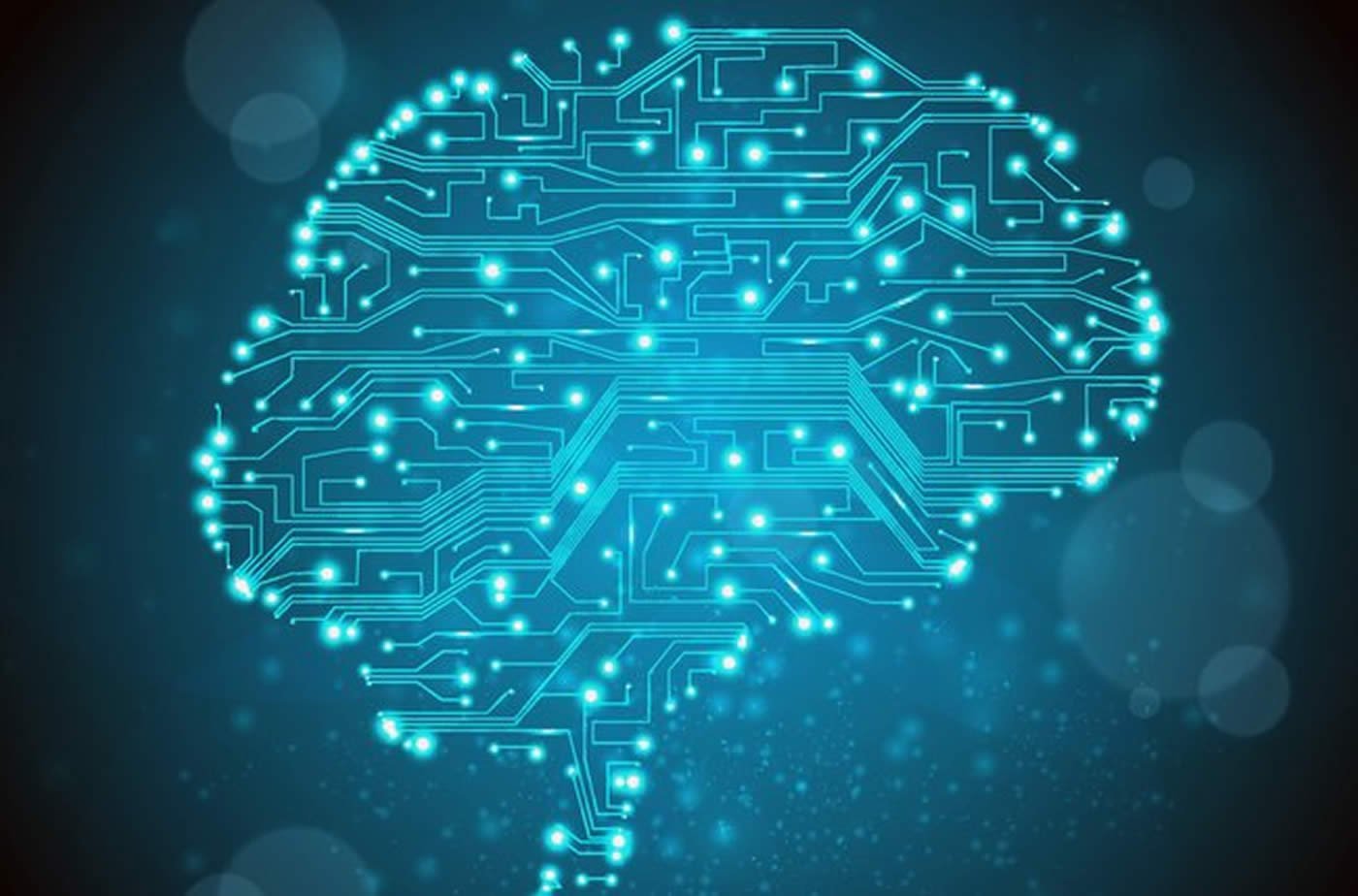 The Danish researchteam, CODER, has found out, that the human brain can beat the calculating powers of a computer, when it comes to solving quantum-problems. Image is adapted from the Aarhus University press release.

Blurring the Boundary Between Man and Machines: Are Humans the New Supercomputer?

Today, people of all backgrounds can contribute to solving serious scientific problems by playing computer games. A Danish research group has extended the limits of quantum physics calculations and simultaneously blurred the boundaries between man and machine further. We are still superior – in some ways.

The saying of philosopher René Descartes of what makes humans unique is beginning to sound hollow. ‘I think – therefore soon I am obsolete’ seems more appropriate. When a computer routinely beats us at chess and we can barely navigate without the help of a GPS, have we outlived our place in the world? Not quite. Welcome to the front line of research in cognitive skills, quantum computers and gaming.

Today there is an on-going battle between man and machine. While genuine machine consciousness is still years into the future, we are beginning to see computers make choices that previously demanded a human’s input. Recently, the world held its breath as Google’s algorithm AlphaGo beat a professional player in the game Go—an achievement demonstrating the explosive speed of development in machine capabilities.

But we are not beaten yet – human skills are still superior in some areas. This is one of the conclusions of a recent study by Danish physicist Jacob Sherson, published in the prestigious science journal Nature.

”It may sound dramatic, but we are currently in a race with technology—and steadily being overtaken in many areas. Features that used to be uniquely human are fully captured by contemporary algorithms. Our results are here to demonstrate that there is still a difference between the abilities of a man and a machine,” explains Jacob Sherson.

At the interface between quantum physics and computer games, Sherson and his research group at Aarhus University have identified one of the abilities that still makes us unique compared to a computer’s enormous processing power: our skill in approaching problems heuristically and solving them intuitively. The discovery was made at the AU Ideas Centre CODER, where an interdisciplinary team of researchers work to transfer some human traits to the way computer algorithms work.

Quantum physics holds the promise of immense technological advances in areas ranging from computing to high-precision measurements. However, the problems that need to be solved to get there are so complex that even the most powerful supercomputers struggle with them. This is where the core idea behind CODER—combining the processing power of computers with human ingenuity—becomes clear.

Like Columbus in QuantumLand, the CODER research group mapped out how the human brain is able to make decisions based on intuition and accumulated experience. This is done using the online game “Quantum Moves”. Over 10,000 people have played the game that allows everyone contribute to basic research in quantum physics.

“The map we created gives us insight into the strategies formed by the human brain. We behave intuitively when we need to solve an unknown problem, whereas for a computer this is incomprehensible. A computer churns through enormous amounts of information, but we can choose not to do this by basing our decision on experience or intuition. It is these intuitive insights that we discovered by analysing the Quantum Moves player solutions,” explains Jacob Sherson.

The laws of quantum physics dictate an upper speed limit for data manipulation, which in turn sets the ultimate limit to the processing power of quantum computers—the Quantum Speed ​​Limit. Until now a computer algorithm has been used to identify this limit. It turns out that with human input researchers can find much better solutions than the algorithm.

“The players solve a very complex problem by creating simple strategies. Where a computer goes through all available options, players automatically search for a solution that intuitively feels right. Through our analysis we found that there are common features in the players’ solutions, providing a glimpse into the shared intuition of humanity. If we can teach computers to recognise these good solutions, calculations will be much faster. In a sense we are downloading our common intuition to the computer” says Jacob Sherson.

And it works. The group has shown that we can break the Quantum Speed Limit by combining the cerebral cortex and computer chips. This is the new powerful tool in the development of quantum computers and other quantum technologies.

We are the new supercomputer

Science is often perceived as something distant and exclusive, conducted behind closed doors. To enter you have to go through years of education, and preferably have a doctorate or two. Now a completely different reality is materialising.

In recent years, a new phenomenon has appeared—citizen science breaks down the walls of the laboratory and invites in everyone who wants to contribute. The team at Aarhus University uses games to engage people in voluntary science research. Every week people around the world spend 3 billion hours playing games. Games are entering almost all areas of our daily life and have the potential to become an invaluable resource for science.

“Who needs a supercomputer if we can access even a small fraction of this computing power? By turning science into games, anyone can do research in quantum physics. We have shown that games break down the barriers between quantum physicists and people of all backgrounds, providing phenomenal insights into state-of-the-art research. Our project combines the best of both worlds and helps challenge established paradigms in computational research,” explains Jacob Sherson.

The difference between the machine and us, figuratively speaking, is that we intuitively reach for the needle in a haystack without knowing exactly where it is. We ‘guess’ based on experience and thereby skip a whole series of bad options. For Quantum Moves, intuitive human actions have been shown to be compatible with the best computer solutions. In the future it will be exciting to explore many other problems with the aid of human intuition.

“We are at the borderline of what we as humans can understand when faced with the problems of quantum physics. With the problem underlying Quantum Moves we give the computer every chance to beat us. Yet, over and over again we see that players are more efficient than machines at solving the problem. While Hollywood blockbusters on artificial intelligence are starting to seem increasingly realistic, our results demonstrate that the comparison between man and machine still sometimes favours us. We are very far from computers with human-type cognition,” says Jacob Sherson and continues:

“Our work is first and foremost a big step towards the understanding of quantum physical challenges. We do not know if this can be transferred to other challenging problems, but it is definitely something that we will work hard to resolve in the coming years.”

About this technology and neuroscience research

Humans routinely solve problems of immense computational complexity by intuitively forming simple, low-dimensional heuristic strategies. Citizen science (or crowd sourcing) is a way of exploiting this ability by presenting scientific research problems to non-experts. ‘Gamification’—the application of game elements in a non-game context—is an effective tool with which to enable citizen scientists to provide solutions to research problems. The citizen science games Foldit3, EteRNA and EyeWire have been used successfully to study protein and RNA folding and neuron mapping, but so far gamification has not been applied to problems in quantum physics. Here we report on Quantum Moves, an online platform gamifying optimization problems in quantum physics. We show that human players are able to find solutions to difficult problems associated with the task of quantum computing6. Players succeed where purely numerical optimization fails, and analyses of their solutions provide insights into the problem of optimization of a more profound and general nature. Using player strategies, we have thus developed a few-parameter heuristic optimization method that efficiently outperforms the most prominent established numerical methods. The numerical complexity associated with time-optimal solutions increases for shorter process durations. To understand this better, we produced a low-dimensional rendering of the optimization landscape. This rendering reveals why traditional optimization methods fail near the quantum speed limit (that is, the shortest process duration with perfect fidelity). Combined analyses of optimization landscapes and heuristic solution strategies may benefit wider classes of optimization problems in quantum physics and beyond.