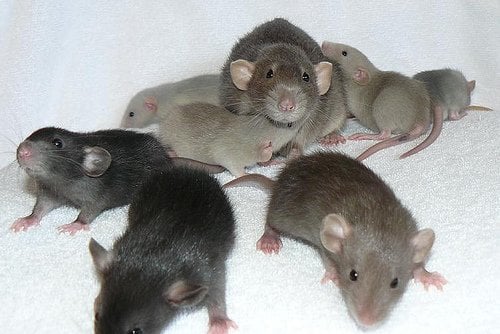 Neuroscience research published in September’s Journal of Neuroscience suggests early life stresses may modify the GAD1 gene, which controls the production of GABA. Through their research on rats, researchers were able to note that those who experienced a lack of affection showed an obstruction within the DNA which controls the GAD1 gene. As it is believed that GABA deficits might be apparent within schizophrenic patients, researchers propose that the modification of GAD1 might determine a child’s predisposition to mental illness.

Early life stress, such as an extreme lack of parental affection, has lasting effects on a gene important to normal brain processes and also tied to mental disorders, according to a new animal study in the Sept. 29 issue of The Journal of Neuroscience.

In the last decade, researchers have found evidence that experiences can alter the form and structure of DNA, an effect known as epigenetics. Because these changes affect genes, events early in life have the potential to make a lasting impact on behavior and health. Recent studies focused on cancer and obesity have already shown the power of epigenetics.

In a study led by Tie-Yuan Zhang, PhD, of McGill University, researchers investigated whether these changes might apply to the activity of genes in brain regions that control neural function and mental health. The authors explored how differences in a mother’s attention affect the GAD1 gene, which controls the production of a chemical vital to brain cell communication called GABA. Research indicates that GABA helps to regulate emotion, and that people with schizophrenia may have GABA deficits.

The authors studied the maternal behavior of rats specifically bred to be either extremely caring or rarely affectionate. They found when the baby rats that were seldom touched grew up, specific regions of the DNA that controls the GAD1 gene were obstructed, likely leading to smaller amounts of GABA. On the other hand, adult rats coddled in the extreme as pups showed increased GAD1 gene production.

“A critical feature for the effect on gene GAD1 is that the immediate influence of maternal care is limited to a short period following birth, but the resulting changes are long-lasting, even into adulthood,” Zhang said.

These findings suggest that the early life environment can drive molecular changes that affect brain function and might determine a child’s predisposition to mental illness.

“We already knew that maternal care determined the stress responses of an offspring through a similar process, but this is the first time maternal care has been shown to link, via epigenetics, with a key enzyme that causes a major human disorder,” said Jonathan Seckl, MD, PhD, of The University of Edinburgh, and an expert on the molecular process of hormones.