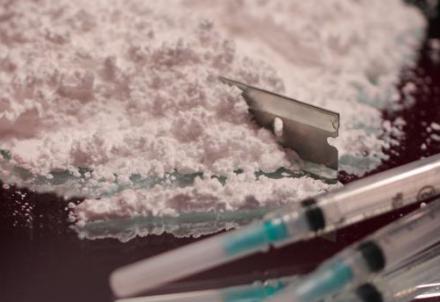 Mother rats respond much differently to cocaine than female rats that have never given birth, according to new research that looks at both behavior and brain chemistry.
Home
Featured

Mother rats respond much differently to cocaine than female rats that have never given birth, according to new University of Michigan research that looks at both behavior and brain chemistry.

The findings may help lay the groundwork for more tailored human addiction treatment, based on scientific understanding of how gender, hormones and life experience impact drug use.

In an oral presentation at the Society for Neuroscience meeting, U-M researcher Jennifer Cummings, Ph.D., summarized findings from experiments with rats at the Molecular and Behavioral Neuroscience Institute, part of the U-M Medical School. She worked with Jill Becker, Ph.D., of the U-M Department of Psychology.

They identified clear differences in how intensely the “pleasure centers” in the mother rats’ brains reacted to the drug, compared with non-mothers. Mother rats’ brains released less of a chemical called dopamine, which helps cause the “high” from cocaine.

Taken together, the findings suggest that the experience of becoming a mother alters a female’s overall response to cocaine – adding complexity to the issue of how best to treat addiction.

“While we have not yet identified a mechanism to explain these differences, they do suggest that the reward system and brain circuitry affected by cocaine is changed with maternal experience,” says Cummings, a research investigator at MBNI and former postdoctoral fellow in Becker’s laboratory. “The next step is to determine how factors such as hormone changes in pregnancy and early motherhood, and the experience of caring for offspring, might be differentially contributing to this response.”

While rats and people are admittedly very different, research on rodents allows scientists like Cummings and Becker to study brain chemistry and drug-related behavior in detail, and pave the way for translating those findings to human drug treatment. With drug use and abuse among women on the rise, gender-specific understanding and treatment is becoming more important than ever, Cummings says.

In general, researchers already know that motherhood can give animals a better memory and ability to navigate compared with non-mothers – and that these effects last beyond the time that the mother is caring for her offspring.

The new research used a system that gave rats access to cocaine if they poked a dispenser with their noses a minimum number of times.

The researchers also used a technique called microdialysis to measure the level of dopamine in the rats’ brains, especially in an area called the nucleus accumbens which is considered the brain’s “pleasure center.”

In this measurement of neurological response, the mother rats’ dopamine levels after receiving cocaine were much lower than those of non-mothers.

The research focused on female rats that had given birth to and reared one litter of pups, compared with those that were virgins. Future experiments, Cummings says, might look at the impact of those that gave birth but didn’t rear their pups, and those that reared pups born to other rats but never gave birth themselves.

Only through this careful research can the impact of hormones be teased apart from the impact of the actual motherhood experience.

Notes about this drug effects research