In a new study, researchers from the Danish iPSYCH project demonstrate that people with the highest genetic propensity are over two and a half times as likely to be treated in a psychiatric hospital for depression compared to people with the lowest propensity. This knowledge could be utilised to strengthen preventative efforts for those who are at risk.

In Denmark, 15.5 per cent of woman and nine per cent of men receive treatment for depression at a psychiatric hospital at some stage of their lives. Depression is a common but very serious condition which is very costly for both the individual and society as a whole.

Researchers have now completed a study in which they followed 34,500 Danes for up to 20 years and measured their genetic risk for developing depression.

“The study showed that the risk of being treated for depression at a psychiatric hospital was more than two and a half times higher for people with a high polygenic risk score,” explains professor at iPSYCH and contributor to the study Esben Agerbo.

Polygenetic means that the disease is not connected to only one disease gene, but to many genes. Put another way, it means there are many genes that determine whether a person is predisposed to developing depression.

“We know that depression is partly determined by genetic factors, and today it’s possible to measure the genetic propensity directly – rather than having to rely on family history as a way of guessing at genetic disposition for developing depression,” explains Esben Agerbo.

The polygenetic score was not related to factors such as mild, moderate, severe or psychotic symptoms, treatment setting or age at the first hospital visit, which could mean that these aspects are determined more by environmental factors. 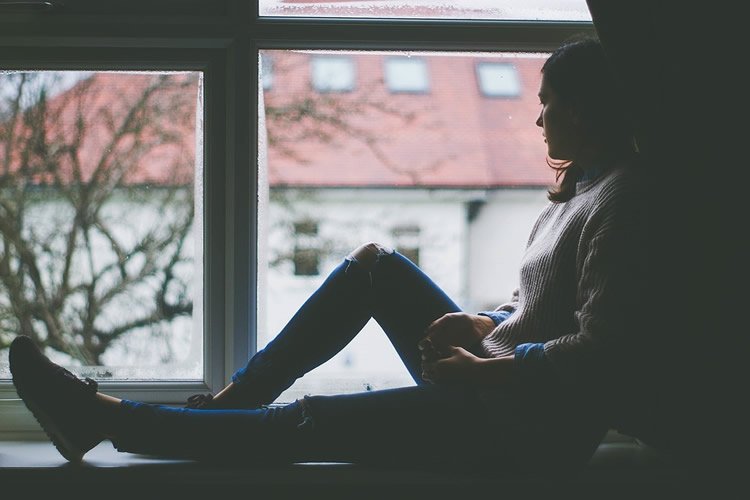 The polygenetic score was not related to factors such as mild, moderate, severe or psychotic symptoms, treatment setting or age at the first hospital visit, which could mean that these aspects are determined more by environmental factors. NeuroscienceNews.com image is in the public domain.

The results of the study have just been published in the scientific journal JAMA Psychiatry.

“Our hope is that by utilising genetic information in conjunction with known risk factors in the environment, we will be able to develop better methods to identify people who are at risk of developing depression,” says postdoc at iPSYCH, Katherine L. Musliner, who is behind the study.

However, the results also show that the relationship between genetics and mental illness is complex. There is no ‘ depression gene’ and even those with the highest genetic propensity will not necessarily develop depression.

“The ability to identify people with an increased risk of developing depression is useful, because it will make it possible for us to target preventative efforts towards the people who will benefit most from them,” says Katherine L. Musliner.

About mono- and polygenetic diseases?

Multiple genes and the way they interact may have significance for whether a person is predisposed to suffer from different diseases. A distinction is made between mono- and polygenetic diseases depending on whether one or multiple genes play a role in disease risk. For the majority of diseases, environmental factors also have a bearing on whether the disease develops. For example, a person may live their whole life with a genetic disposition for depression without ever experiencing a depressive episode. But they may experience depression following events such as shocks or a death in the family etc.

The study is a register-based study.

Funding: The study is financed by the Lundbeck Foundation.

Association of Polygenic Liabilities for Major Depression, Bipolar Disorder, and Schizophrenia With Risk for Depression in the Danish Population

Importance
Although the usefulness of polygenic risk scores as a measure of genetic liability for major depression (MD) has been established, their association with depression in the general population remains relatively unexplored.

Design, Setting, and Participants
Participants were drawn from the Danish iPSYCH2012 case-cohort study, a representative sample drawn from the population of Denmark born between May 1, 1981, and December 31, 2005. The hazard of depression was estimated using Cox regressions modified to accommodate the case-cohort design. Case-only analyses were conducted using linear and multinomial regressions. The data analysis was conducted from February 2017 to June 2018.

Conclusions and Relevance
Polygenic liability for MD is associated with first depression in the general population, which supports the idea that these scores tap into an underlying liability for developing the disorder. The fact that polygenic risk for BD and polygenic risk for SZ also were associated with depression is consistent with prior evidence that these disorders share some common genetic overlap. Variations in polygenic liability may contribute slightly to heterogeneity in clinical presentation, but these associations appear minimal.