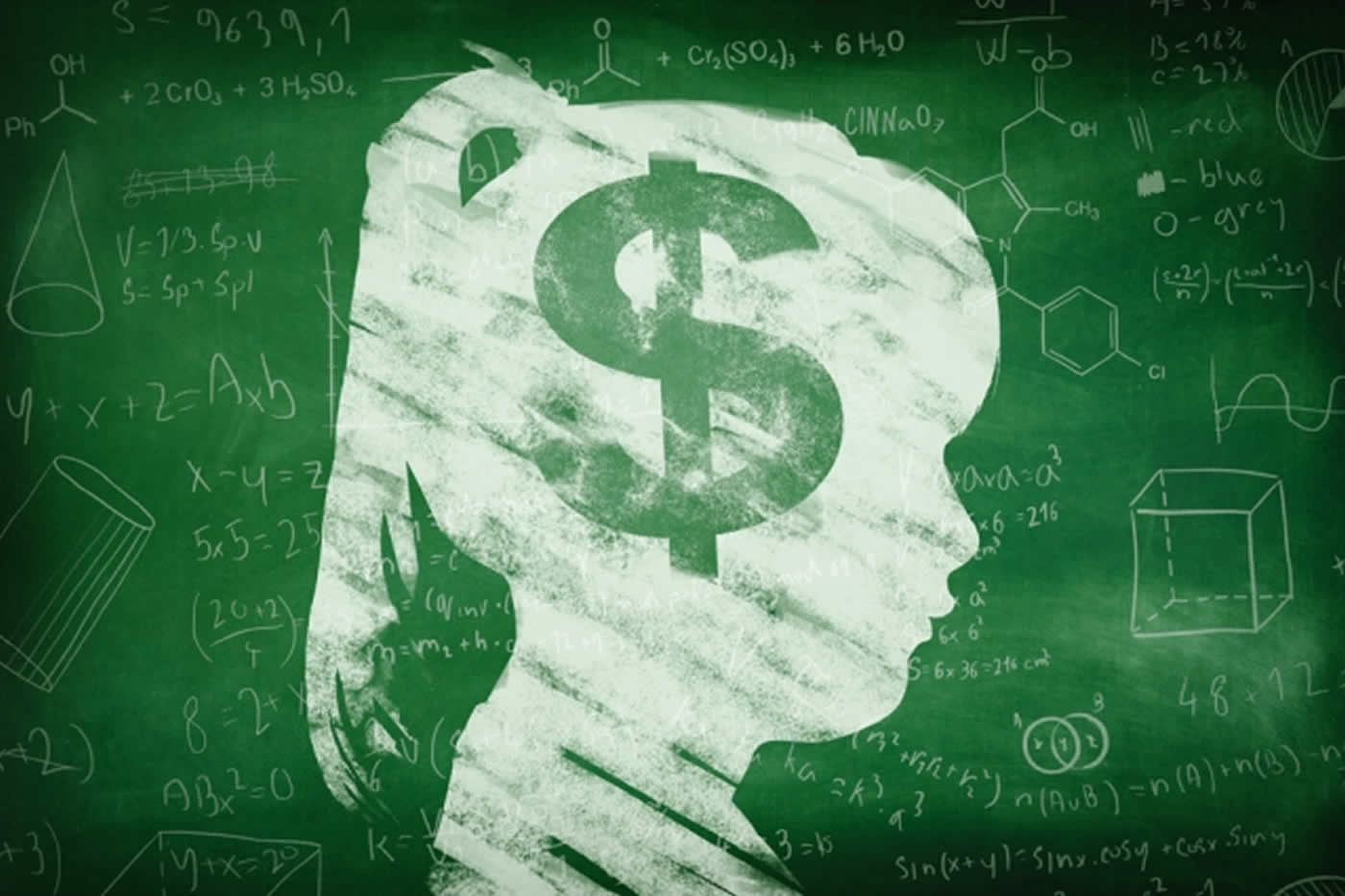 In middle-schoolers, neuroscientists find differences in brain structures where knowledge is stored.

Many years of research have shown that for students from lower-income families, standardized test scores and other measures of academic success tend to lag behind those of wealthier students.

A new study led by researchers at MIT and Harvard University offers another dimension to this so-called “achievement gap”: After imaging the brains of high- and low-income students, they found that the higher-income students had thicker brain cortex in areas associated with visual perception and knowledge accumulation. Furthermore, these differences also correlated with one measure of academic achievement — performance on standardized tests.

“Just as you would expect, there’s a real cost to not living in a supportive environment. We can see it not only in test scores, in educational attainment, but within the brains of these children,” says MIT’s John Gabrieli, the Grover M. Hermann Professor in Health Sciences and Technology, professor of brain and cognitive sciences, and one of the study’s authors. “To me, it’s a call to action. You want to boost the opportunities for those for whom it doesn’t come easily in their environment.”

This study did not explore possible reasons for these differences in brain anatomy. However, previous studies have shown that lower-income students are more likely to suffer from stress in early childhood, have more limited access to educational resources, and receive less exposure to spoken language early in life. These factors have all been linked to lower academic achievement.

In recent years, the achievement gap in the United States between high- and low-income students has widened, even as gaps along lines of race and ethnicity have narrowed, says Martin West, an associate professor of education at the Harvard Graduate School of Education and an author of the new study.

“The gap in student achievement, as measured by test scores between low-income and high-income students, is a pervasive and longstanding phenomenon in American education, and indeed in education systems around the world,” he says. “There’s a lot of interest among educators and policymakers in trying to understand the sources of those achievement gaps, but even more interest in possible strategies to address them.”

Allyson Mackey, a postdoc at MIT’s McGovern Institute for Brain Research, is the lead author of the paper, which appears the journal Psychological Science. Other authors are postdoc Amy Finn; graduate student Julia Leonard; Drew Jacoby-Senghor, a postdoc at Columbia Business School; and Christopher Gabrieli, chair of the nonprofit Transforming Education.

The study included 58 students — 23 from lower-income families and 35 from higher-income families, all aged 12 or 13. Low-income students were defined as those who qualify for a free or reduced-price school lunch.

The researchers compared students’ scores on the Massachusetts Comprehensive Assessment System (MCAS) with brain scans of a region known as the cortex, which is key to functions such as thought, language, sensory perception, and motor command.

Using magnetic resonance imaging (MRI), they discovered differences in the thickness of parts of the cortex in the temporal and occipital lobes, whose primary roles are in vision and storing knowledge. Those differences correlated to differences in both test scores and family income. In fact, differences in cortical thickness in these brain regions could explain as much as 44 percent of the income achievement gap found in this study.

Previous studies have also shown brain anatomy differences associated with income, but did not link those differences to academic achievement.

“A number of labs have reported differences in children’s brain structures as a function of family income, but this is the first to relate that to variation in academic achievement,” says Kimberly Noble, an assistant professor of pediatrics at Columbia University who was not part of the research team.

In most other measures of brain anatomy, the researchers found no significant differences. The amount of white matter — the bundles of axons that connect different parts of the brain — did not differ, nor did the overall surface area of the brain cortex.

The researchers point out that the structural differences they did find are not necessarily permanent. “There’s so much strong evidence that brains are highly plastic,” says Gabrieli, who is also a member of the McGovern Institute. “Our findings don’t mean that further educational support, home support, all those things, couldn’t make big differences.”

In a follow-up study, the researchers hope to learn more about what types of educational programs might help to close the achievement gap, and if possible, investigate whether these interventions also influence brain anatomy.

“Over the past decade we’ve been able to identify a growing number of educational interventions that have managed to have notable impacts on students’ academic achievement as measured by standardized tests,” West says. “What we don’t know anything about is the extent to which those interventions — whether it be attending a very high-performing charter school, or being assigned to a particularly effective teacher, or being exposed to a high-quality curricular program — improves test scores by altering some of the differences in brain structure that we’ve documented, or whether they had those effects by other means.”

Funding: The research was funded by the Bill and Melinda Gates Foundation and the National Institutes of Health.

Source: Anne Trafton – MIT
Image Credit: The image is credited to Jose-Luis Olivares/MIT
Original Research: The research will appear in Psychological Science. We will provide a link to the research when it becomes available.