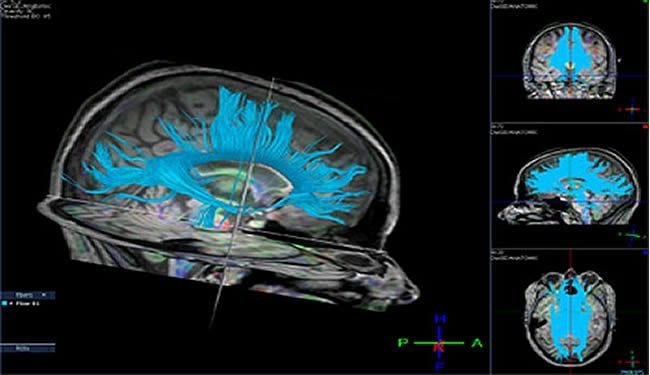 Patients vary widely in their response to concussion, but scientists haven’t understood why. Now, using a new technique for analyzing data from brain imaging studies, researchers at Albert Einstein College of Medicine of Yeshiva University and Montefiore Medical Center have found that concussion victims have unique spatial patterns of brain abnormalities that change over time.

The new technique could eventually help in assessing concussion patients, predicting which head injuries are likely to have long-lasting neurological consequences, and evaluating the effectiveness of treatments, according to lead author Michael L. Lipton, M.D., Ph.D., associate director of the Gruss Magnetic Resonance Research Center at Einstein and medical director of magnetic resonance imaging (MRI) services at Montefiore. The findings are published today in the online edition of Brain Imaging and Behavior.

The Centers for Disease Control and Prevention estimates that more than one million Americans sustain a concussion (also known as mild traumatic brain injury, or mTBI) each year. Concussions in adults result mainly from motor vehicle accidents or falls. At least 300,000 adults and children are affected by sports-related concussions each year. While most people recover from concussions with no lasting ill effects, as many as 30 percent suffer permanent impairment – undergoing a personality change or being unable to plan an event. A 2003 federal study called concussions “a serious public health problem” that costs the U.S. an estimated $80 billion a year.

Previous imaging studies found differences between the brains of people who have suffered concussions and normal individuals. But those studies couldn’t assess whether concussion victims differ from one another. “In fact, most researchers have assumed that all people with concussions have abnormalities in the same brain regions,” said Dr. Lipton, who is also associate professor of radiology, of psychiatry and behavioral sciences, and in the Dominick P. Purpura Department of Neuroscience at Einstein. “But that doesn’t make sense, since it is more likely that different areas would be affected in each person because of differences in anatomy, vulnerability to injury and mechanism of injury.”

In the current study, the Einstein researchers used a recently developed MRI technique called diffusion tensor imaging (DTI) on 34 consecutive patients (19 women and 15 men aged 19 to 64) diagnosed with mTBI at Montefiore in the Bronx and on 30 healthy controls. The patients were imaged within two weeks of injury and again three and six months afterward.

The imaging data were then analyzed using a new software tool called Enhanced Z-score Microstructural Assessment Pathology (EZ-MAP), which allows researchers for the first time to examine microstructural abnormalities across the entire brain of individual patients. EZ-MAP was developed by Dr. Lipton and his colleagues at Einstein.

DTI detects subtle damage to the brain by measuring the direction of diffusion of water in white matter. The same technology was used by Dr. Lipton and his team in widely publicized research on more than 30 amateur soccer players who had all played the sport since childhood. They found that frequent headers showed brain injury similar to that seen in patients with concussion.

The uniformity of diffusion direction – an indicator of whether tissue has maintained its microstructural integrity – is measured on a zero-to-one scale called fractional anisotropy (FA). In the latest study, areas of abnormally low FA (reflecting abnormal brain regions) were observed in concussion patients but not in controls. Each concussion patient had a unique spatial pattern of low FA that evolved over the study period.

Surprisingly, each patient also had a unique, evolving pattern of abnormally high FA distinct from the areas of low FA. “We found widespread high FA at every time point, all the way out to six months and even in patients more than one year out from their injury.” said Dr. Lipton. “We suspect that high FA represents a response to the injury. In other words, the brain may be trying to compensate for the injury by developing and enhancing other neural connections. This is a new and unexpected finding.”

At present, diagnosis of concussions is based mainly on the nature of the patient’s accident and the presence of symptoms including headache, dizziness and behavioral abnormalities. DTI, combined with EZ-MAP analysis, might offer a more objective tool for diagnosing concussion injuries and for predicting which patients will have persistent and progressive symptoms.

Notes about this concussion research and article

The authors report no conflicts of interest.