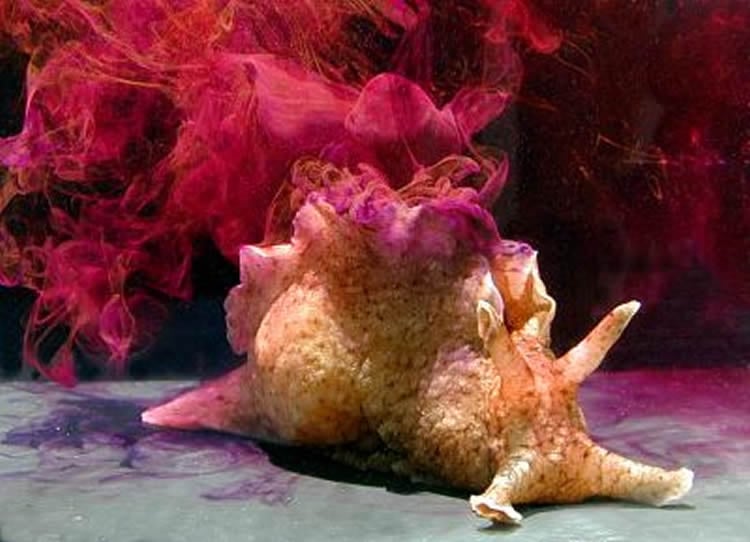 Researchers compared cell cultures taken from normal snails to those administered a dose of a cancer drug called doxorubicin, the investigators pinpointed a neuronal pathway that was no longer passing along information properly. This image of Aplysia californica sea snail is for illustrative purposes only. Credit Nordelch.

It is estimated that as many as half of patients taking cancer drugs experience a decrease in mental sharpness. While there have been many theories, what causes “chemo brain” has eluded scientists.

In an effort to solve this mystery, neuroscientists at The University of Texas Health Science Center at Houston (UTHealth) conducted an experiment in an animal memory model and their results point to a possible explanation. Findings appeared in The Journal of Neuroscience.

In the study involving a sea snail that shares many of the same memory mechanisms as humans and a drug used to treat a variety of cancers, the scientists identified memory mechanisms blocked by the drug. Then, they were able to counteract or unblock the mechanisms by administering another agent.

“Our research has implications in the care of people given to cognitive deficits following drug treatment for cancer,” said John H. “Jack” Byrne, Ph.D., senior author, holder of the June and Virgil Waggoner Chair and chairman of the Department of Neurobiology and Anatomy at the UTHealth Medical School. “There is no satisfactory treatment at this time.”

While much work remains, Byrne, who runs the university’s Neuroscience Research Center, said understanding how these drugs impact the brain is an important first step in alleviating this condition characterized by forgetfulness, trouble concentrating and difficulty multitasking.

Byrne’s laboratory is known for its use of a large snail called Aplysia californica to further the understanding of the biochemical signaling among nerve cells (neurons). The snails have large neurons that relay information much like those in humans.

When Byrne’s team compared cell cultures taken from normal snails to those administered a dose of a cancer drug called doxorubicin, the investigators pinpointed a neuronal pathway that was no longer passing along information properly.

With the aid of an experimental drug, the scientists were able to reopen the pathway. Unfortunately, this drug would not be appropriate for humans, Byrne said. “We want to identify other drugs that can rescue these memory mechanisms,” he added.

The scientists confirmed their findings in tests on the nerve cells of rats.

“The big picture is to determine if this cancer drug acts in the same way in humans,” Byrne said.

According the American Cancer Society, some of the distressing mental changes cancer patients experience may last a short time or go on for years.

Notes about this cognition research

Byrne’s UTHealth research team includes co-lead authors Rong-Yu Liu, Ph.D., and Yili Zhang, Ph.D., as well as Brittany Coughlin and Leonard J. Cleary, Ph.D. All are affiliated with the W.M. Keck Center for the Neurobiology of Learning and Memory.