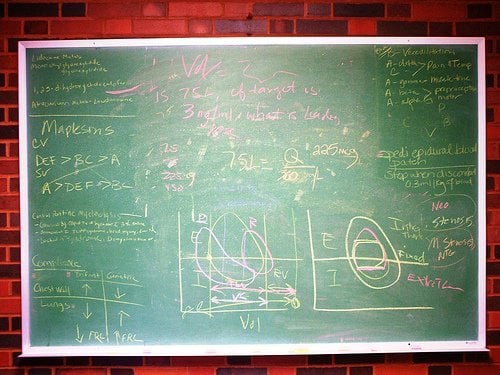 Correlating data from 588 patients diagnosed with frontotemporal lobe degeneration (FTLD), researchers found that subjects with professions which related highly for verbal skills had greater tissue loss on the right hand side of the brain. By contrast, those whose professions required less aptitude for verbal skills, for example flight engineers, had more tissue damage to the left hand side of the brain.

For sufferers of an early-onset dementia, career choice may determine location of disease in brain

In an international study of patients with a devastating type of dementia that often strikes in middle age, researchers have found intriguing evidence that career choice may influence where the disease takes root in the brain.

The study was led by Baycrest’s Rotman Research Institute in collaboration with the Memory and Aging Centre at the University of California, San Francisco and several U.S. and European clinical sites. It appears online today in the Article in Press section of the journal Neuropsychologia, ahead of publication.

Researchers conducted a multi-centre, retrospective chart review of brain imaging and occupation data from 588 patients diagnosed with frontotemporal lobar degeneration (FTLD), sometimes referred to as frontotemporal dementia (FTD). Among the dementias affecting those 65 years and younger, FTLD is as common as Alzheimer’s disease. Like Alzheimer’s, it is progressive and fatal. Unlike Alzheimer’s, which tends to affect both sides of the brain equally, FTLD often manifests on either the left or the right side of the brain, then becomes more widespread as the disease progresses. Typical symptoms include changes in personality and behaviour, and a decline in language skills.

For this study, each patient’s occupation was rated with scores derived from an occupation database published by the U.S. Department of Labor. The scores indicated the skills required for the occupation, including verbal, physical and visuospatial skills. For example, a school principal would receive a higher rating for verbal skills than for visuospatial skills, whereas a flight engineer would show the opposite pattern. Both of these professions would score lower on physical skills than a firefighter.

The researchers correlated each patient’s occupation scores with the location of brain tissue loss as determined from brain imaging results. They found that patients with professions rated highly for verbal skills, such as school principals, had greater tissue loss on the right side of the brain, whereas those rated low for verbal skills, such as flight engineers, had greater tissue loss on the left side of the brain. This effect was expressed most clearly in the temporal lobes of the brain.

“The disease appeared to attack the side of the brain that was the least used in the patient’s professional life,” said Dr. Nathan Spreng, who conducted the study as a psychology graduate student at Baycrest and is now a post doctoral fellow in the Department of Psychology at Harvard University.

The brain’s left hemisphere, particularly the temporal lobe, is specialized for language and verbal skills. In occupations ranked highly for verbal skills, tens of thousands of hours of applying these skills may build reserve capacity by strengthening connections in the brain’s left hemisphere, making it more resistant to damage due to FTLD, suggested Dr. Spreng. This process may also make the right hemisphere, which is less concerned with verbal tasks, more vulnerable to dementia through disuse.

Yet the researchers could not rule out an alternative explanation. “There may be an undetected functional impairment related to FTLD in these patients that biases them toward a certain career path decades before they get sick,” said Dr. Brian Levine of the Rotman Research Institute and senior author on the study.

What is common to both explanations is that the patients’ selection and practice of an occupation early in life was related to their brain changes later in life. The authors cautioned that the results were limited to FTLD and may not hold for other brain diseases or conditions.

There is no evidence that someone with a particularly verbal or non-verbal profession is vulnerable to brain disease. However, if that person were to develop FTLD (affecting approximately 250,000 Americans and 25,000 Canadians a year), the location of the disease may relate to occupational practice. Further research will be needed to determine how strong a predictor occupation may be for hemispheric localization of the disease.