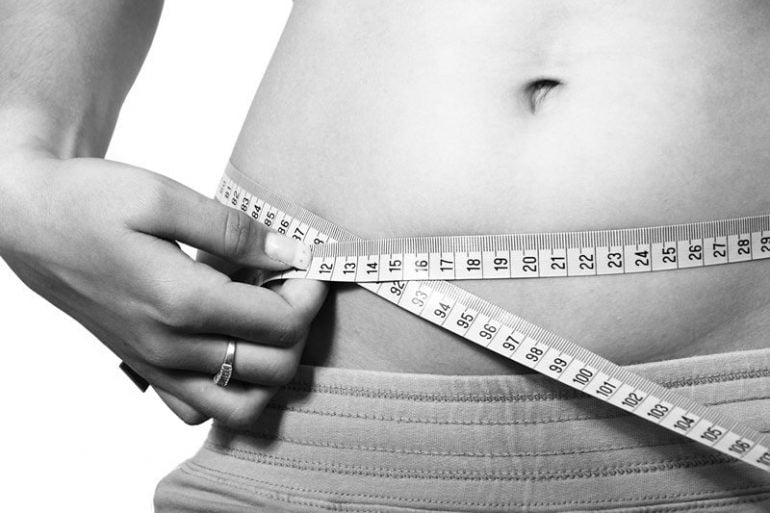 Unlike white fat, brown fat burns calories through fatty acid oxidation and heat production and is considered a promising target in the fight against the obesity epidemic. Image is in the public domain.

Short-term cold exposure may help people with brown fat burn 15 percent more calories than those without, according to a small study published in the Endocrine Society’s Journal of Clinical Endocrinology & Metabolism.

Unlike white fat, brown fat burns calories through fatty acid oxidation and heat production and is considered a promising target in the fight against the obesity epidemic. The biggest activator of brown fat is moderate cold exposure.

“This data improves our understanding of how brown fat works in humans,” said the study’s corresponding author, Florian W. Kiefer, M.D., Ph.D., of the Medical University of Vienna in Austria. “We found that individuals with active brown fat burned 20 more kilocalories than those without.”

The researchers identified two groups using a PET scan–those with and without active brown fat. They analyzed brown fat function and energy expenditure in these individuals before and after short-term cold exposure finding that the group with active brown fat not only burned significantly more calories but had a healthier fatty acid blood profile.

“We have to study human brown fat in more detail to see if this organ can protect us against metabolic and cardiovascular disease,” Kiefer said.

Funding: The study was supported by the Vienna Science and Technology Fund, the Austrian Science Fund and the Austrian Diabetes Association Research Fund.

Background
Accumulating evidence links brown adipose tissue (BAT) to increased cold-induced energy expenditure (CIEE) and regulation of lipid metabolism in humans. BAT has also been proposed as a novel source for biologically active lipid mediators including polyunsaturated fatty acids (PUFAs) and oxylipins. However, little is known about cold-mediated differences in energy expenditure and various lipid species between individuals with detectable BAT (BATpos) and those without (BATneg).

Results
We found that active BAT is the major determinant of cold-induced energy expenditure since only BATpos individuals experienced significantly increased energy expenditure in response to cold. A single bout of moderate cold exposure resulted in the dissipation of additional 20kcal excess energy in BATpos but not in BATneg individuals. The presence of BAT was associated with a unique systemic PUFA and oxylipin profile characterized by increased levels of anti-inflammatory ω3 fatty acids as well as cytochrome P450 products but decreased concentrations of some pro-inflammatory hydroxyeicosatetraenoic acids when compared to BATneg individuals. Notably, cold exposure raised circulating levels of various lipids, including the recently identified BATokines DiHOME and 12-HEPE, only in BATpos subjects.

Conclusions
In summary, our data emphasize that BAT in humans is a major contributor towards cold-mediated energy dissipation and a critical organ in the regulation of the systemic lipid pool.