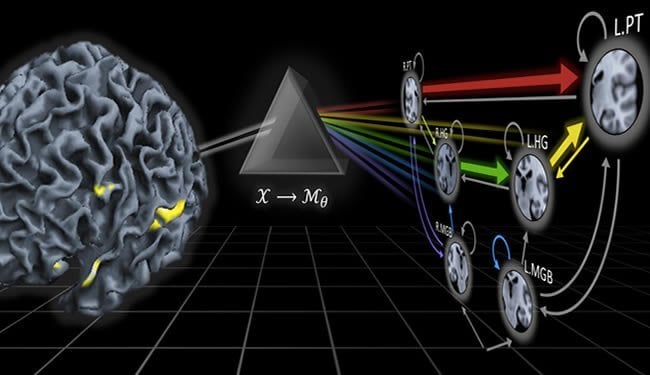 Researchers at ETH Zurich and the University of Zurich identify a new method of unerringly detecting the presence of pathophysiological changes in the brain.

The new method was developed in order to gain a mechanistic understanding of schizophrenia and other spectrum disorders, which will lead to more accurate diagnoses and more effective treatments.

When mathematical genius John Nash was diagnosed with schizophrenia, the chance for recovery was slim. Medicine in the 1960’s simply had no convincing explanations for his condition. Alarmingly, things don’t look much better nowadays: depression, addiction, schizophrenia, and other spectrum disorders remain among the toughest challenges for medicine. This is because they are caused by complicated and largely unknown interactions between genes and the environment. Different disease mechanisms may underlie similar, or even identical, symptoms. This means that the effect of any given drug may vary hugely across individuals, resulting in trial-and-error treatment. In addition, conditions whose biological basis is not well-understood may be perceived as particularly stigmatizing.

Most spectrum disorders lack a physiological definition altogether; they are simply described in terms of particular symptoms. This is problematic when these symptoms are caused by different disease mechanisms. Conversely, existing disease classifications frequently group patients with disjoint symptoms under the same label: a person with delusions and disorganized thought, for instance, can be diagnosed with schizophrenia, just as somebody else suffering from hallucinations and movement problems. Examples such as this one show that the development of more specific diagnoses and more effective treatment will require a mechanistic understanding of the pathophysiological mechanisms underlying spectrum disorders.

One step in this direction has recently been made by Kay Henning Brodersen and Klaas Enno Stephan at ETH Zurich and the University of Zurich. Within the framework of the SystemsX.ch project ‘Neurochoice’, the two researchers investigate how insights gained from mathematical models of decision making and underlying brain function can be translated into clinical applications. “Put simply, we develop ‘mathematical microscopes’ that allow us to estimate physiological or computational quantities that cannot be measured directly,” says Klaas Enno Stephan, director of the newly founded Translational Neuromodeling Unit (TNU) in Zurich. “This allows us to obtain more accurate classifications and gain deeper mechanistic insights into the underlying condition than previous attempts.”

To demonstrate the plausibility of their idea, the two scientists collaborated with a clinical team led by Alex Leff at University College London. They analysed brain activity from two groups of participants: one group of stroke patients that suffered from language impairments; and one group of healthy volunteers. While undergoing functional magnetic resonance imaging (fMRI), participants were asked to passively listen to speech. A mathematical model was then used to assess, separately within each participant, how brain regions involved in speech processing interacted. Notably, none of the brain regions included in the model had been affected by the stroke in the patients.

The researchers then asked whether it was possible to automatically detect the presence of a remote lesion from patterns of brain connectivity in the healthy part of the brain. “Using our model of brain function, we were able to diagnose patients with an accuracy of 98%,” says Brodersen, first author of the study. “This became possible by tying together dynamic causal models of neuronal dynamics with mathematical techniques from machine learning and Bayesian inference.” In contrast to subtle spectrum disorders, of course, this initial proof-of-principle study concerned a rather salient clinical condition, that is, language impairments caused by a stroke. In the future, Stephan and Brodersen therefore plan to investigate whether their approach might work equally well for those diseases where contemporary medicine is struggling, such as schizophrenia, depression, and addiction. The two researchers hope that their approach will help dissect these spectrum disorders into pathophysiologically well-defined subgroups. Identifying such subgroups would provide an important step towards more specific diagnoses and may eventually predict the most effective treatment for an individual patient.