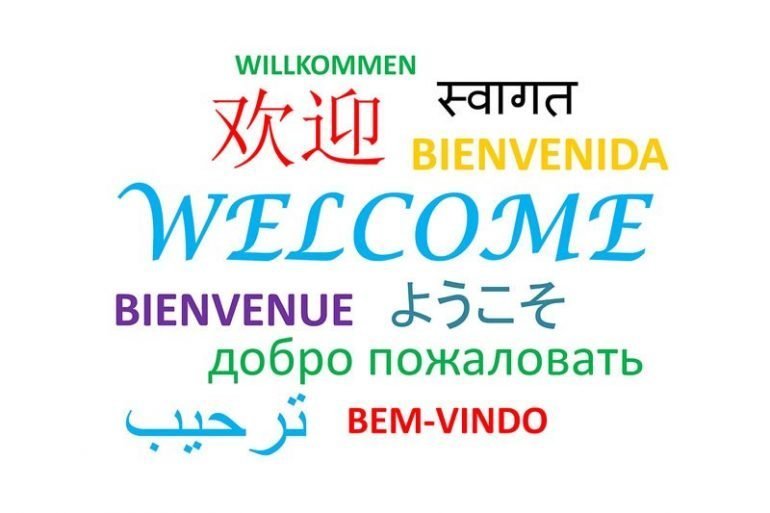 One interesting implication from the study is that bilingualism delays the onset of symptoms even if the second language is learned somewhat later in life. The patients in the study learned English when they immigrated to the United States, well after they had acquired their native languages. The image is in the public domain.

Summary: People who spoke two or more languages proficiently were, on average, four years older at the onset of Alzheimer’s disease than those who were monolingual.

A study of 253 Alzheimer’s patients found that people who speak two languages proficiently could forestall dementia symptoms by about four years compared with monolinguals. The results, published online February 11 in the journal Dementia & Geriatric Cognitive Disorders, suggest that habitually speaking and thinking in two languages builds up a “cognitive reserve” that acts as a buffer to stem the decline associated with Alzheimer’s disease.

“Here in LA County, we have the most bilingual region in the country,” said Mario Mendez, MD, PhD, Director of Neurobehavior at the VA Greater Los Angeles and Professor of Neurology and Psychiatry at David Geffen School of Medicine at UCLA, who led the study. He sees patients who speak a wide variety of languages at home, while functioning primarily in English out in the community. The two most common native languages among study participants were Farsi and Spanish, and 13 other languages were represented.

“What is remarkable about the four-year finding is that it’s totally consistent with half a dozen retrospective studies around the planet,” said Mendez. Studies in Canada, India, and Taiwan, among others, have found similar delays in cognitive impairment. The wide agreement suggests that the protection resides within the bilingual brain and not in some external cultural factor.

Mendez pointed out that bilingualism doesn’t stop the biological damage in the brain that characterizes Alzheimer’s disease, but it does help the patient function longer in the face of that damage. “They are getting the disease, but they are not expressing it with clinical impairment or symptoms until further on,” he said.

People who speak two languages regularly must constantly choose which language to speak, while actively suppressing the other one. This code-switching takes place in the frontal regions of the brain, which also manages executive functions such as working memory, handling emotions, and self-control. Constantly exercising those functions may boost resilience against Alzheimer’s-related decline by building up the network of neural connections.

Interestingly, most of the bilingual patients reverted to exclusive use of their native language as their dementia progressed. “Are they having problems with inhibiting the intrusion of their first language?” suggested Mendez. With strong executive function, he said, it’s fairly easy to dial in the appropriate language to speak in the proper context. “As clinical dementia progresses, then your ability to do that declines,” he said.

One interesting implication from the study is that bilingualism delays the onset of symptoms even if the second language is learned somewhat later in life. The patients in the study learned English when they immigrated to the United States, well after they had acquired their native languages.

“Your proficiency of use of the second language is more important than whether you learned it before age 5,” Mendez said.

Mendez hopes to take the investigation further by studying the speech characteristics of people with such resilient brains. “What are the underlying linguistic properties of their performance?” he said. “Do they have stronger executive function?”

While undoubtedly challenging to learn a new language and adapt to a new culture, if it builds up a cognitive reserve to ward off dementia, the struggle may be worthwhile. “There are good things about getting acculturated,” said Mendez. “If it delays dementia 4 years, that’s a pretty big deal.”

Neuroscience News would like to thank Caroline Seydel from UCLA for submitting this research news to us.

Objective: To evaluate the effects of bilingualism on the emergence of Alzheimer’s clinical syndrome.

Background: Studies have proposed an increase in cognitive and neural reserve from the management and control of two languages, with a consequent delayed expression of dementia.

Methods: In a clinic with a large immigrant population, we identified 253 patients with probable Alzheimer’s disease (AD) with intermediate or high evidence of AD pathophysiological process. These patients were reviewed for demographic variables, native language (L1) other than English, ages of onset and presentation, Mini-Mental State Examination (MMSE), digit spans, word fluencies, naming, and memory.

Results: Among these patients, 74 (29.2%) were bilinguals with various L1s (Farsi, Spanish, Chinese, Tagalog, Arabic, others). When compared to the 179 monolingual AD patients, those who were bilingual had significant delays in ages of onset and presentation of approximately 4 years (p = 0.003). These delays persisted despite bilinguals having worse MMSE scores on presentation. There were no significant group differences on other variables except for worse naming in English among bilinguals versus monolinguals. Caregiver/informants reported that 66 (89.2%) of the 74 bilingual AD patients had gradually regressed to the predominant use of their L1.

Conclusions: In line with published reports worldwide, we found that bilingualism delays the expression of Alzheimer’s clinical syndrome. We also found frequent reversion to the first learned language. These findings suggest that, among bilinguals, the availability of an L1 “back-up” either facilitates compensation or masks emergence of the early symptoms of dementia.