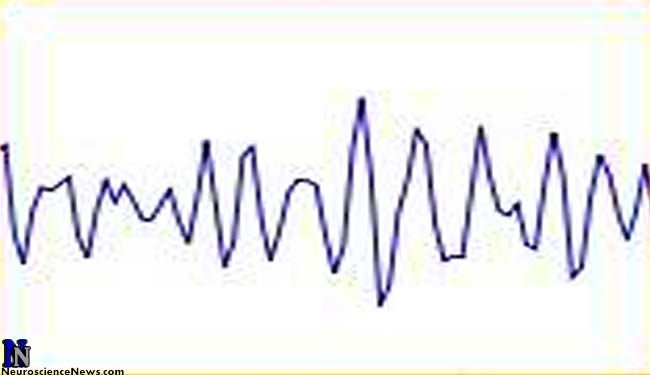 Scientists at the University of Washington (UW) in Seattle have determined the atomic architecture of a sodium channel. The achievement opens new possibilities for molecular medicine researchers around the world in designing better drugs for pain, epilepsy, and heart rhythm disturbances.

Sodium channels are pores in the membranes of excitable cells – such as brain nerve cells or beating heart cells – that emit electrical signals. Sodium channels selectively open and close to allow the passage of millions of tiny charged particles across the cell membrane. The gated flow of sodium ions generates tiny amounts of electrical current.

Never before have researchers been able to obtain a high-resolution crystal structure showing all of the atoms of this complex protein molecule and how they relate in three-dimensions.

The findings were reported in the July 10 advanced online edition of Nature. The authors are Jian Payandeh, Todd Scheuer, Ning Zheng, and William A. Catterall, all of the UW Department of Pharmacology. Zheng is also a Howard Hughes Medical Institute investigator.

“Electrical signals from voltage-gated sodium channels encode and process information in the brain and nervous system, make heart muscle contract, and control the release of insulin from the pancreas,” said Catterall, UW chair and professor of pharmacology. “Sodium channels are important molecules because they regulate a wide range of physiological activities.”

The symptoms of these disorders often stem from faulty electrical signals between cells. In epilepsy, for example, an electrical “storm” erupts in a network of cells in the brain. Some nerve toxins, such as scorpion stings or hazardous algal blooms, disrupt sodium channels.

Many medications for pain, epilepsy and cardiac arrhythmias –as well as for local and regional anesthesia — act on sodium channels.

“When you get a spinal block or your dentist gives you a numbing injection, the local anesthetic drugs temporarily shut down sodium channels in the area of the procedure and prevent your brain from receiving the bad news from your nerves,” Catterall said.

Over more than three decades, Catterall’s lab and others at the UW have made many major discoveries about these tiny pores.

“But we had only a fuzzy, partial view of what the channels looked like,” he said. “Now we have a much more detailed picture.”

The ability to visualize the atomic structural details of the sodium channel was made possible by use of advanced methods of X-ray crystallography and data analysis in the laboratory of Ning Zheng, associate professor of pharmacology.

“A major problem in studying sodium channels is that they want to be in a cell membrane,” Catterall said. New biochemical techniques allowed the research team to extract and purify bacterial sodium channels that they had expressed in the cell membranes of insect cells, and keep them in a stable, functional form for determination of their structure.

“Because of the importance of knowing the atomic structure of sodium channels, many labs have tried to work on it with no success,” Zheng said. “We succeeded thanks to the collaborative approach we took and the right combination of talent, expertise, and resources.” Payandeh, the first author of the paper, integrated expertise from both the Zheng and Catterall labs and his own past experience to tackle the challenge.

The structure emerged gradually over several months of laborious study.

“We all thought ‘Eureka!’ but nobody said it,” Catterall said, recalling when he and his colleagues realized what they had accomplished.

Examining kinetic models of its intricate molecular structure will tell scientists more about the biomechanics of a voltage-gated sodium channel.

“We hope to gain insight into why they selectively let in sodium ions and nothing else,” the researchers said, “and how they respond to changes in the cell membrane voltage, how they open and close, and how they generate electrical signals.” The researchers have already spotted intriguing molecular movement, such as rolling motions of some functional parts of the sodium channel molecule and their connectors.

Knowing how form affects function in sodium channels could lead to many new ideas from scientists around the world on designing drugs to home in on critical areas of the sodium channel molecule. The implications for drug therapies are enormous.

For example, the authors of the Nature paper unexpectedly discovered a portal large enough for small pore-blocking drugs to enter the central cavity of the sodium channel.

“There is a lot of interest in drug design based on the structure of this molecule and its binding sites,” Catterall said. “Scientists hope to discover better drugs that exert their effects on specific targets within the sodium channel. In particular, they want to find better pain medications with fewer side effects and improved treatments for seizure disorders and heart rhythm problems, such as those leading to sudden cardiac death.”

In 1980 Catterall identified ion channel molecules for the first time by locating the protein subunits of the sodium channel. Earlier, in the 1970s, his UW colleague Dr. Bertil Hille, professor of physiology and biophysics, had analyzed the electrical signals produced by ion channels and had proposed mechanistic models for their function.

The new structure reveals how the mechanistic models that Hille proposed work in three dimensions.

After more than 30 years of studying sodium ion channels, Catterall said the ability to visualize the subject of his life-long research in incredibly detailed 3-D is “fantastic.”

Notes about this electrophysiology research and article