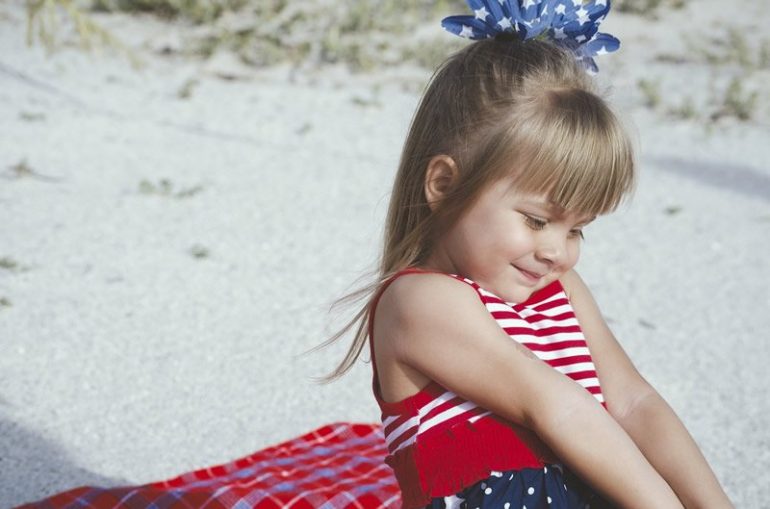 The study, which is the first to examine the connection between vaccination and antibiotic use in low- and middle-income settings, appears online April 29 in the journal Nature. Image is in the public domain.

Summary: Immunization with the vaccines for pneumococcal conjugate and rotavirus reduces the rates of acute respiratory infections and gastrointestinal infections in small children, thus reducing the need for antibiotic medications. Researchers say if universal childhood vaccination is achieved, an additional 40 million cases of antibiotic-treated illnesses could be prevented each year.

Childhood vaccination may be a powerful tool in the fight against antimicrobial resistance in low- and middle-income countries, finds a new analysis led by researchers University of California, Berkeley.

Around the world, overuse of antibiotics is driving the proliferation of bacterial “superbugs” that have evolved to survive antimicrobial exposure, making humans more vulnerable to diseases like sepsis, tuberculosis, malaria and pneumonia. Countries classified as low- and middle- income currently bear the brunt of the human and economic impacts of antimicrobial resistance.

The new study found that immunization with two common vaccines — the pneumococcal conjugate and rotavirus vaccines — significantly reduces the rates of acute respiratory infections and diarrhea among small children in these settings. And, with fewer children getting sick or severely sick, fewer are receiving antibiotic treatment.

“Right now, almost all countries have developed or are in the process of developing national action plans to address the crisis that antibiotic resistance poses to their health systems, but there is very little evidence addressing which interventions are effective,” said Joseph Lewnard, an assistant professor of epidemiology at UC Berkeley, and lead author of the paper. “By providing hard numbers on the substantial impact that has been achieved with just these two vaccines alone, our work demonstrates that vaccines should be among the interventions that are strongly prioritized.”

The study, which is the first to examine the connection between vaccination and antibiotic use in low- and middle-income settings, appears online April 29 in the journal Nature.

Pneumococcal conjugate vaccines protect against the bacterium Streptococcus pneumoniae (pneumococcus), which can cause respiratory and ear infections, sepsis and meningitis, while rotavirus vaccines protect against diarrheal infections caused by rotavirus. Though rotavirus infection itself is not treatable by antibiotics, diarrhea caused by rotavirus is hard to distinguish from diarrhea caused by bacterial infection. Many children with rotavirus diarrhea, therefore, receive antibiotic treatment, even it is not needed.

Using data from health and demographic studies of 78 low- and middle-income countries, the researchers found that pneumococcal and rotavirus vaccines prevent an estimated 19.7% of antibiotic-treated acute respiratory infections and 11.4% of antibiotic-treated episodes of diarrhea in children under five years old.

By combining data on the effectiveness of the two vaccines with current vaccination rates, the team projected that the inoculations are now preventing 23.8 million and 13.6 million episodes of antibiotic-treated acute respiratory infections and diarrhea each year, respectively, among children under the age of five in these settings around the world.

If universal vaccination was achieved, an additional 40 million cases of antibiotic-treated illness could be prevented each year, they predicted.

“We’re not accounting for the fact that there are indirect reductions in disease associated with declining transmission of the pathogens themselves, and that there might be additional benefits in other age groups as well,” Lewnard said. “Moreover, we are looking at a narrow spectrum of all pneumococcal diseases, which, further, include ear infections and sinusitis cases that often receive antibiotic treatment.”

At this point, there isn’t enough data on the effectiveness of other efforts to combat antibiotic resistance, such as improving hygiene and sanitation or reducing agricultural use of antibiotics, to know how they compare to vaccination, Lewnard said.

While the two vaccines are commonly administered to children under 2 years old in high-income countries, children in low- and middle-income countries do not always receive them because of their relatively high cost and families’ lower access to health care.

“Effects on antibiotic use and antimicrobial resistance have not been included in economic assessments of the value of these vaccine programs,” Lewnard said. “As low- and middle-income countries make decisions around maintaining or introducing these vaccination programs, it’s very important to have evidence that demonstrates the impact these vaccines are having domestically.”

Co-authors of the paper include Nathan C. Lo of the University of California, San Francisco; Nimalan Arinaminpathy of Imperial College London; and Isabel Frost and Ramanan Laxminarayan of the Center for Disease Dynamics, Economics & Policy.

Childhood vaccines and antibiotic use in low- and middle-income countries

Vaccines may reduce the burden of antimicrobial resistance, in part by preventing infections for which treatment often includes the use of antibiotics. However, the effects of vaccination on antibiotic consumption remain poorly understood—especially in low- and middle-income countries (LMICs), where the burden of antimicrobial resistance is greatest. Here we show that vaccines that have recently been implemented in the World Health Organization’s Expanded Programme on Immunization reduce antibiotic consumption substantially among children under five years of age in LMICs. By analysing data from large-scale studies of households, we estimate that pneumococcal conjugate vaccines and live attenuated rotavirus vaccines confer 19.7% (95% confidence interval, 3.4–43.4%) and 11.4% (4.0–18.6%) protection against antibiotic-treated episodes of acute respiratory infection and diarrhoea, respectively, in age groups that experience the greatest disease burden attributable to the vaccine-targeted pathogens. Under current coverage levels, pneumococcal and rotavirus vaccines prevent 23.8 million and 13.6 million episodes of antibiotic-treated illness, respectively, among children under five years of age in LMICs each year. Direct protection resulting from the achievement of universal coverage targets for these vaccines could prevent an additional 40.0 million episodes of antibiotic-treated illness. This evidence supports the prioritization of vaccines within the global strategy to combat antimicrobial resistance.