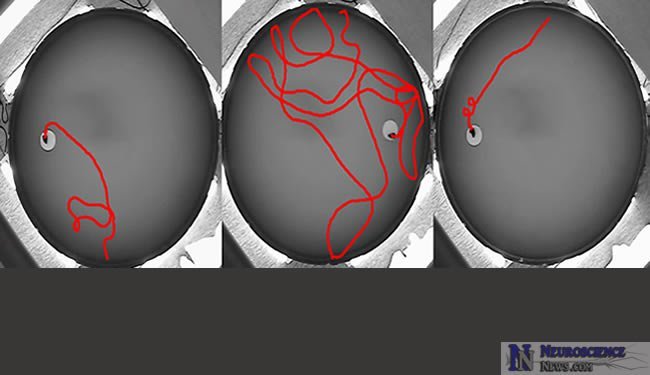 Alzheimer’s disease research has lead to important findings involving the tau gene and the possibility of reversing the disease’s progression.

When the group of mice with Alzheimer’s disease symptoms had their tau genes switched off, the symptoms were reversed. The symptoms such as dementia, memory loss and reduction of synapses were drastically reversed when the tau genes were switched off just a few weeks earlier.

More animal studies are in the works to further investigate these findings. The ability to produce and reverse Alzheimer’s disease symptoms using human tau genes in mice is likely to be extremely beneficial to Alzheimer’s disease research as mice tau proteins don’t usually tangle. These results should help produce even better models of human Alzheimer’s disease to study and help focus in on better treatments.

This research is extremely promising to those interested in reversing Alzheimer’s disease in humans as it shows that reversal of many symptoms is possible in mouse models now.

Many more important details are presented in the release below.

Amyloid-beta and tau protein deposits in the brain are characteristic features of Alzheimer disease. The effect on the hippocampus, the area of the brain that plays a central role in learning and memory, is particularly severe. However, it appears that the toxic effect of tau protein is largely eliminated when the corresponding tau gene is switched off. Researchers from the Max Planck Research Unit for Structural Molecular Biology at DESY in Hamburg have succeeded in demonstrating that once the gene is deactivated, mice with a human tau gene, which previously presented symptoms of dementia, regain their ability to learn and remember, and that the synapses of the mice also reappear in part. The scientists are now testing active substances to prevent the formation of tau deposits in mice. This may help to reverse memory loss in the early stages of Alzheimer disease – in part, at least. (Journal of Neuroscience, February 16, 2011)

Whereas aggregated amyloid-beta protein forms insoluble clumps between the neurons, the tau protein accumulates inside them. Tau protein stabilises the tube-shaped fibers of the cytoskeleton, known as microtubules, which provide the “rails” for cellular transport. In Alzheimer disease, excess phosphate groups cause the tau protein to malfunction and form clumps (the ‘neurofibrillary tangles’). As a result, nutrient transport breaks down and the neurons and their synapses die off. This process is accompanied by the initial stage of memory loss.

Together with colleagues from Leuven, Hamburg and Erlangen, Eva and Eckhard Mandelkow’s team from the Max Planck Research Unit for Structural Molecular Biology generated regulatable transgenic mice with two different human tau gene variants that can be switched on and off again: one group was given a form of the protein that cannot become entangled (anti-aggregant), and a second was provided with the code for the strongly aggregating protein variant (pro-aggregant). The mice with the first form developed no Alzheimer symptoms; the rodents that were given the pro-aggregant tau developed the disease.

The scientists measured the mice’s memory loss with the help of a swimming test: the healthy mice quickly learn how to find a life-saving platform located under the surface of the water in a water basin. In contrast, the transgenic animals, which have the additional pro-aggregant tau gene paddle aimlessly around the basin until they accidentally stumble on the platform; they require over four times more time to do this than their healthy counterparts. However, if the mutated toxic tau gene is switched off again, the mice learn to reach “dry land” with ease just a few weeks later. As a control, the mice with the anti-aggregant form of tau have no defects in learning, just as normal non-transgenic mice.

Tissue tests showed that, as expected, no tau clumps had formed in the brains of the first group of mice expressing anti-aggregant tau. In the second group – the mice suffering from Alzheimer’s – co-aggregates from human tau and “mouse tau” were formed – against expectations, because tau protein from mice does not usually aggregate. “Even more astonishingly, weeks after the additional gene had been switched off, the aggregated human tau had dissolved again. However, the ‘mouse tau’ remained clumped. Despite this, the mice were able to learn and remember again,” says Eckhard Mandelkow. More precise tests revealed that new synapses had actually formed in their brains.

The scientists concluded from this that mutated or pathological tau can alter healthy tau. It appears that pro-aggregant tau can act similar to a crystal nucleus – once it has started to clump up, it drags neighboring “healthy” tau into the clumps as well. This is what makes the process so toxic to the neurons. “The really important discovery here, however, is that the progression of Alzheimer’s disease can be reversed in principle – at least at an early stage of the illness before too many neurons have been destroyed,” explains Eva Mandelkow who, together with her husband, will be awarded the Potamkin Prize 2011 for Alzheimer’s disease research, which is sponsored by the American Academy of Neurology.

The aggregation of tau proteins, however, cannot simply be switched off in humans the way it can in the transgenic mice. Nevertheless, special substances exist that could dissolve the tau aggregates. By screening 200,000 substances, the Hamburg researchers have already identified several classes of active substances that could re-convert the tau aggregates into soluble tau. These are now being tested on animals.

Details about this article: