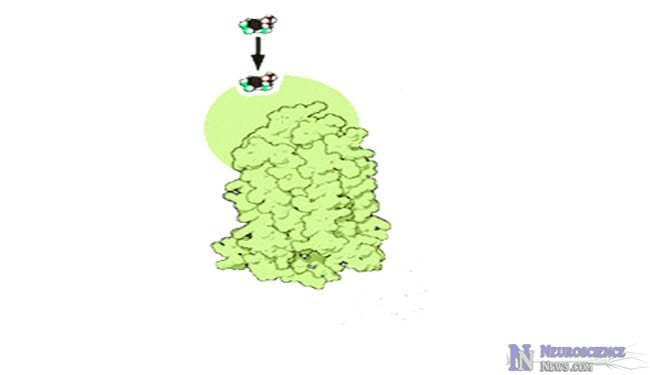 The ability to view these quickly changing receptors is likely to open up many new paths for researchers working on heart, asthma and other medications.

The full press release below provides more details about the new techniques.

Adrenaline, the hormone that prepares our body to fight or flight, acts on a hyperdynamic receptor. This molecule switches so fast between several positions, that it was impossible to image it. Until now. Scientists, including Jan Steyaert of VIB and the Vrije Universiteit Brussel in Belgium, and colleagues from Stanford University in the US, have “frozen the molecule in action” using XaperonesTM, tiny, stable antibodies developed by the Brussels scientists. The Xaperones™ bind like a key to a lock, holding the adrenaline receptor in one position — the on position. After binding the adrenaline receptor to the Xaperone™, the researchers could use X-ray crystallography techniques to determine its structure. The results are published in Nature.

The breakthrough is not only a scientific first, the newly developed technique also offers promising prospects for medicine. The adrenaline switch is the target of widely used drugs such as asthma inhibitors and beta blockers. The latter are used worldwide as a medicine for heart disease. But the applications are not limited to asthma or heart disease. Over 30% of all drugs on sale in pharmacies today switch similar receptors on or off. Through the newly developed technique, these receptors can now be accurately described, which is a necessary first step to determine their action and develop new or better drugs.

Receptors as switches in the body

Adrenaline is a hormone that is released under stress. It is a messenger molecule which causes the heart to beat faster, causes us to sweat suddenly and releases sugar as an immediately usable source of energy. These reactions are the result of the fact that adrenaline binds with a specific switch (known as beta2-adrenergic receptor). This switch is embedded in the membrane surrounding our cells. When adrenaline binds to the receptor, the individual cell knows that the rest of the body is preparing for stress reactions such as fight or flight. It is impossible to determine the structure of this kind of switches by using conventional methods. They move, oscillate and constantly change position, even when the signalling molecule such as adrenaline is absent. Together with researchers from Stanford University, Jan Steyaert and his colleagues have managed as it were to freeze the adrenaline switch in the “on” position.

For this purpose, they used a Xaperone™ which attaches like a key in a lock to the switch and causes it to stop switching from one position to another. It is in this “frozen” on-position that the structure was determined using X-ray crystallography techniques. Our body is equipped with hundreds of similar continually moving switches which determine how we react to our environment. The scientific term for these switches is GPCR (G-Protein-coupled receptors).

The newly developed technique based on Xaperones™ can also be widely used in studying other GPCRs and proteins with therapeutic relevance. Xaperones™ is a new application of the Nanobody® technology developed at VIB-Vrije Universiteit Brussel. The development of therapeutic Nanobodies® forms the basis of the biopharmaceutics company Ablynx, a start-up of VIB and Vrije Universiteit Brussel.

The solution to fix proteins with Xaperones™ is comparable to the solution which the English scholar Eadweard Muybridge conceived of around 1900 to be able to study fast-moving objects. He was the first to prove, on the basis of a series of still photographs, that a galloping horse sometimes has all its legs off the ground. http://en.wikipedia.org/wiki/Eadweard_Muybridge

How Many Drinks Is Too Many?

Funding
This study was made possible by the financial support of the Flanders Research Foundation (Fonds Wetenschappelijk Onderzoek Vlaanderen (FWO) and the Institute for the Encouragement of Scientific Research and Innovation of Brussels (Instituut ter bevordering van het Wetenschappelijk Onderzoek en de Innovatie van Brussel) www.irsib.irisnet.be.

VIB
VIB is a non-profit research institute in the life sciences in Flanders, Belgium, with 1200 scientists conducting strategic basic research on the molecular mechanisms that are responsible for the functioning of the human body, plants, and micro-organisms. Through a partnership with four Flemish universities – Ghent University, the Katholieke Universiteit Leuven, the University of Antwerp, and the Vrije Universiteit Brussel − and a solid funding program, VIB unites the forces of 72 research groups in a single institute. Through its technology transfer activities, VIB strives to convert the research results into products for the benefit of consumers and patients. VIB develops and disseminates a wide range of scientifically substantiated information about all aspects of biotechnology. For more information, please visit www.vib.be.

Vrije Universiteit Brussel
The Vrije Universiteit Brussel (VUB) is a thriving university in the heart of Belgium and Europe, which in 1969-1970 split off from the Université Libre de Bruxelles (ULB), founded in 1834. VUB combines excellence in teaching with excellence in research. Several of its 150 research groups are topranked worldwide. The principle of independent research is central at VUB, but the quality of its undergraduate and graduate programs is no less important, as the university provides an environment where students are treated as individuals and supported in their personal development. Currently, VUB has some 9,000 students and 2,700 staff, divided over eight faculties and two Brussels campuses (in Etterbeek/Elsene and Jette). The VUB University Hospital is adjacent to the Medical Sciences campus in Jette and employs 3,000 people. More info: www.vub.ac.be/.