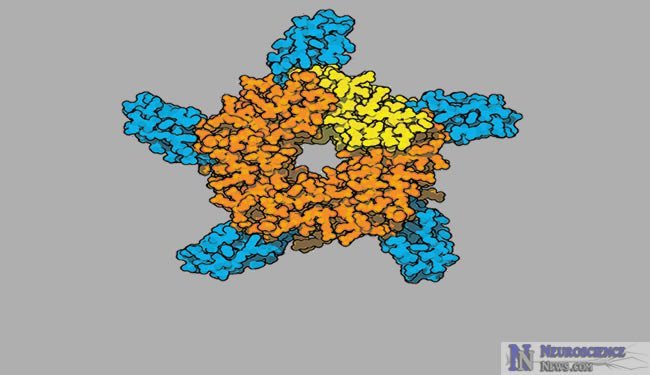 New research on learning describes the interaction between acetylcholine receptors and SK channels and their involvement in learning and memory.

These findings could lead to new research targeting acetylcholine and SK channels to help cognitive disorders such as Alzheimer’s disease and schizophrenia as well as help understand learning and memory better.

Learn more about the learning and memory research involving SK channels and acetylcholine in the article below.

Medical researchers have found a missing link that explains the interaction between brain state and the neural triggers responsible for learning, potentially opening up new ways of boosting cognitive function in the face of diseases such as Alzheimer’s as well as enhancing memory in healthy people.

Much is known about the neural processes that occur during learning but until now it has not been clear why it occurs during certain brain states but not others. Now researchers from the University of Bristol have been able to study, in isolation, the specific neurotransmitter which enhances learning and memory.

Acetylcholine is released in the brain during learning and is critical for the acquisition of new memories. Its role is to facilitate the activity of NMDA receptors, proteins that control the strength of connections between nerve cells in the brain.

Currently, the only effective treatment for the symptoms of cognitive impairment seen in diseases such as Alzheimer’s is through the use of drugs that boost the amount of acetylcholine release and thereby enhance cognitive function.

Describing their findings in the journal Neuron, researchers from Bristol’s School of Physiology and Pharmacology have shown that acetylcholine facilitates NMDA receptors by inhibiting the activity of other proteins called SK channels whose normal role is to restrict the activity of NMDA receptors.

This discovery of a role for SK channels provides new insight into the mechanisms underlying learning and memory. SK channels normally act as a barrier to NMDA receptor function, inhibiting changes in the strength of connections between nerve cells and therefore restricting the brain’s ability to encode memories. Findings from this latest research show that the SK channel barrier can be removed by the release of acetylcholine in the brain in order to enhance our ability to learn and remember information.

Lead researcher Dr Jack Mellor, from the University of Bristol’s Medical School, said: “These findings are not going to revolutionise the treatment of Alzheimer’s disease or other forms of cognitive impairment overnight. However, national and international funding bodies have recently made research into aging and dementia a top priority so we expect many more advances in our understanding of the mechanisms underlying learning and memory in both health and disease.”

The team studied the effects of drugs that target acetylcholine receptors and SK channels on the strength of connections between nerve cells in animal brain tissue. They found that changes in connection strength were facilitated by the presence of drugs that activate acetylcholine receptors or block SK channels revealing the link between the two proteins.

Dr Mellor added: “From a therapeutic point of view, this study suggests that certain drugs that act on specific acetylcholine receptors may be highly attractive as potential treatments for cognitive disorders. Currently, the only effective treatments for patients with Alzheimer’s disease are drugs that boost the effectiveness of naturally released acetylcholine. We have shown that mimicking the effect of acetylcholine at specific receptors facilitates changes in the strength of connections between nerve cells. This could potentially be beneficial for patients suffering from Alzheimer’s disease or schizophrenia.”

Notes about the research:
The research team involved the University of Bristol’s MRC Centre for Synaptic Plasticity and the Division of Neuroscience in the School of Physiology & Pharmacology, part of the Bristol Neuroscience network. This work was supported by the Wellcome Trust, MRC, BBSRC and GSK.

Notes on Bristol Neuroscience:
Neuroscience is one of the key areas of research at the University of Bristol. The city of Bristol has one of the largest concentrations of researchers engaged in neuroscience in the UK, many of whom are internationally recognised. In 2003 Bristol Neuroscience (BN) was established to enable all neuroscientists working in Bristol – both within the University and its partner hospitals across the city – to make full use of all available resources and expertise. BN runs numerous activities to encourage the dissemination of ideas, to create opportunities for interdisciplinary research, and to facilitate the pursuit of neuroscience to the highest possible standard. For further information on BN see www.bris.ac.uk/neuroscience or contact Dr Anne Cooke.