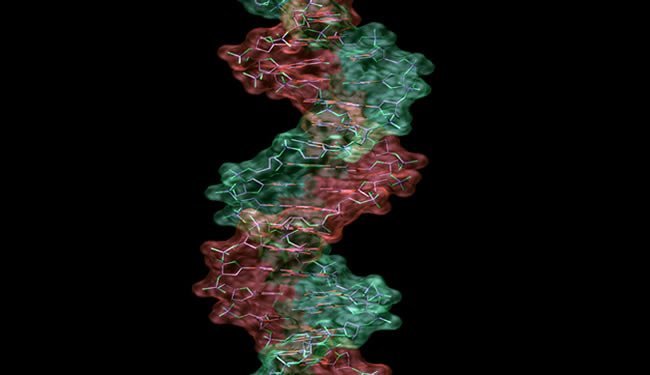 A large risk genetic marker of schizophrenia has been discovered by scientists. The researchers found that a specific deletion at 3q29, which contains two genes already known to be associated with intellectual disabilities , PAK2 and DLG1, increased the odds of schizophrenia symptoms by nearly 17 times those with no deletion. This research should prove important to researchers in fields of genetics, mental health, schizophrenia research, psychiatry and neurology.

A group of scientists has identified a genetic variant that substantially increases the risk for developing schizophrenia in Ashkenazi Jewish and other populations. The study, published by Cell Press on August 5th in the American Journal of Human Genetics, associates a deletion on chromosome 3 with increased incidence of schizophrenia.

Schizophrenia is a psychiatric illness that affects ~1% of the world population. Characterized by delusions, hallucinations, and disorganized thinking, it is a devastating disorder.

A group of researchers led by Stephen Warren, Ph.D., from Emory University studied the genetics of schizophrenia by analyzing the prevalence of copy number variants (CNVs) in schizophrenic patients. CNVs are changes in the number of copies of DNA segments throughout the human genome. The researchers began by looking at Ashkenazi Jewish subjects already under study by collaborating scientist Ann E. Pulver, Sc.D. and her team at Johns Hopkins University. The Emory group found an excess of large, rare CNVs in these schizophrenic cases compared to controls.

Combining their analysis with those of previous CNV studies of schizophrenic patients, Warren and his colleagues identify a CNV, specifically, a deletion at 3q29, that associates with schizophrenia with an odds ratio (a measure of effect size) of 16.98. “This odds ratio rivals that of any genome-wide association study of schizophrenia and suggests that the 3q29 deletion confers a significant risk for this severe psychiatric phenotype,” explains Warren. An odds ratio of 17 means someone with this deletion is 17 times more likely to develop schizophrenia than someone without the deletion.

This research also highlights candidate genes contained within the deletion that may also be associated with schizophrenia. “Two genes, PAK2 and DLG1, are of particular note as paralogs of these genes are known to be associated with intellectual disability” states Jennifer Mulle, Ph.D., a member of the Emory team. Research is finding that the same or similar variants are associated with related complex disorders and traits. “These exciting results imply the interval at chromosome 3q29 may harbor additional genetic mutations that contribute to schizophrenia susceptibility,” continues Dr. Mulle.

If this study is any indication of what lies ahead, a great deal of the missing heritability of complex disorders may be revealed by studying CNVs. “Such rare deletions may be the single most fruitful approach to begin to unravel the mechanism of schizophrenia (and other disorders) as they illuminate genes that provide the substrate for further study,” concludes Warren.