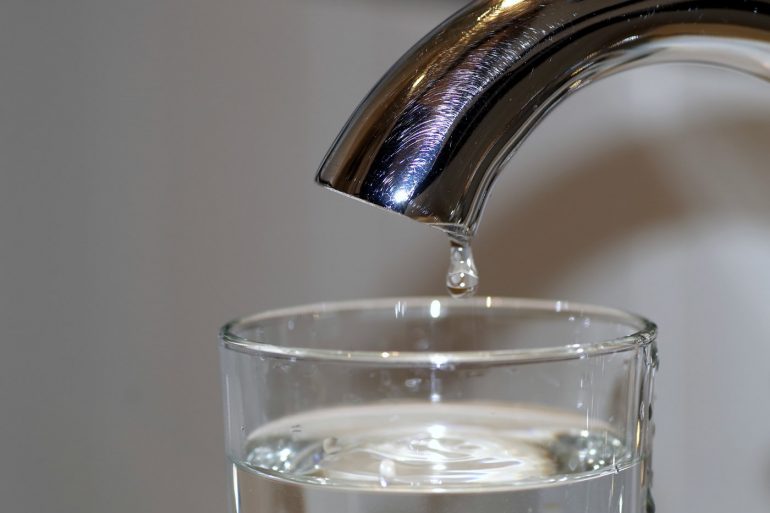 Recent studies have also linked lithium to reduced incidence of Alzheimer's disease and other dementias. This raises the potential for its preventative use to combat the risk of dementia. Image is in the public domain.

Naturally occurring lithium in public drinking water may have an anti-suicidal effect – according to a new study from Brighton and Sussex Medical School (BSMS) and the Institute of Psychiatry, Psychology & Neuroscience at King’s College London.

Published in the British Journal of Psychiatry, the study collated research from around the world and found that geographical areas with relatively high levels or concentration of lithium in public drinking water had correspondingly lower suicide rates.

Professor Anjum Memon, Chair in Epidemiology and Public Health Medicine at BSMS and lead author of the study, said: “It is promising that higher levels of trace lithium in drinking water may exert an anti-suicidal effect and have the potential to improve community mental health. The prevalence of mental health conditions and national suicide rates are increasing in many countries. Worldwide, over 800,000 people die by suicide every year, and suicide is the leading cause of death among persons aged 15-24 years.”

Lithium, sometimes referred to as the ‘Magic Ion’, is widely and effectively used as a medication for the treatment and prevention of manic and depressive episodes, stabilising mood and reducing the risk of suicide in people with mood disorders. Its anti-aggressive properties can help reduce impulsivity, aggression, violent criminal behaviour and chronic substance abuse.

Lithium is a naturally occurring element and is found in variable amounts in vegetables, grains, spices and drinking water. It is present in trace amounts in virtually all rocks, and is mobilised by weathering into soils, ground and standing water, and thus into the public water supply.

The health benefits and curative powers of naturally occurring lithium in water have been known for centuries. The Lithia Springs, an ancient Native American sacred medicinal spring, with its natural lithium-enriched water, is renowned for its health-giving properties. In fact, the popular soft drink 7-Up contained lithium when it was created in 1929.

Recent studies have also linked lithium to reduced incidence of Alzheimer’s disease and other dementias. This raises the potential for its preventative use to combat the risk of dementia.

Professor Allan Young, Chair of Mood Disorders at King’s College London, said: “This synthesis and analysis of all available evidence confirms previous findings of some individual studies and shows a significant relationship between higher lithium levels in drinking water and lower suicide rates in the community. The levels of lithium in drinking water are far lower than those recommended when lithium is used as medicine although the duration of exposure may be far longer, potentially starting at conception. These findings are also consistent with the finding in clinical trials that lithium reduces suicide and related behaviours in people with a mood disorder.”

Professor Memon added: “Next steps might include testing this hypothesis by randomised community trials of lithium supplementation of the water supply, particularly in communities (or settings) with demonstrated high prevalence of mental health conditions, violent criminal behaviour, chronic substance abuse and risk of suicide. This may provide further evidence to support the hypothesis that lithium could be used at the community level to reduce or combat the risk of these conditions.”

Professor Carmine Pariante from the Royal College of Psychiatrists, commented: “This study shows that the boundaries between medication and nutritional interventions are not as rigid as we used to think, opening up the possibility of new treatments that span both domains. More knowledge of the beneficial properties of lithium and its role in regulating brain function can lead to a deeper understanding of mental illness and improve the wellbeing of patients with depression and other mental health problems.”

The study involved systematic review and meta-analysis of all previous studies on the subject – conducted in Austria, Greece, Italy, Lithuania, UK, Japan and USA – which correlated naturally occurring lithium levels in drinking water samples and suicide rates in 1,286 regions/counties/cities in these countries.

Funding: The study is published in the British Journal of Psychiatry. It was supported by BSMS, and part-funded by the National Institute for Health Research (NIHR) Biomedical Research Centre at South London and Maudsley NHS Foundation Trust and King’s College London.

A Gut-Brain Connection for Social Development

Background
The prevalence of mental health conditions and national suicide rates are increasing in many countries. Lithium is widely and effectively used in pharmacological doses for the treatment and prevention of manic/depressive episodes, stabilising mood and reducing the risk of suicide. Since the 1990s, several ecological studies have tested the hypothesis that trace doses of naturally occurring lithium in drinking water may have a protective effect against suicide in the general population.

Aims
To synthesise the global evidence on the association between lithium levels in drinking water and suicide mortality rates.

Conclusions
This synthesis of ecological studies, which are subject to the ecological fallacy/bias, supports the hypothesis that there is a protective (or inverse) association between lithium intakes from public drinking water and suicide mortality at the population level. Naturally occurring lithium in drinking water may have the potential to reduce the risk of suicide and may possibly help in mood stabilisation, particularly in populations with relatively high suicide rates and geographical areas with a greater range of lithium concentration in the drinking water. All the available evidence suggests that randomised community trials of lithium supplementation of the water supply might be a means of testing the hypothesis, particularly in communities (or settings) with demonstrated high prevalence of mental health conditions, violent criminal behaviour, chronic substance misuse and risk of suicide.