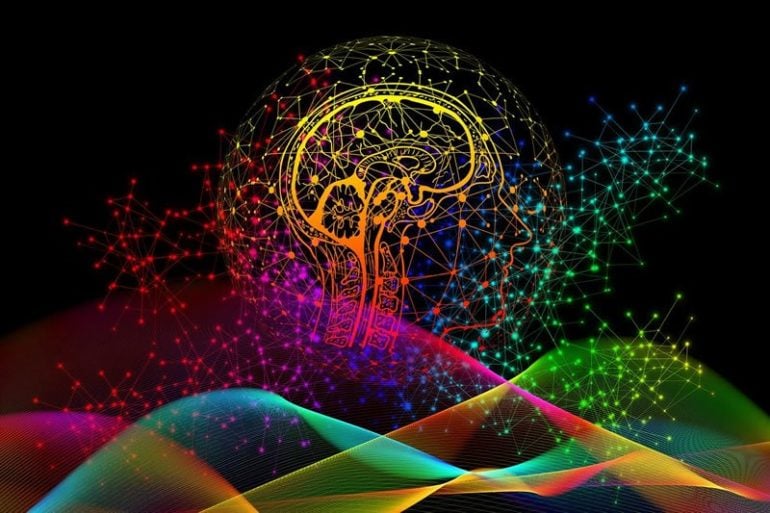 The neuronal networks that are directly responsible for coordination of the walking movement are located in the spinal cord and are relatively well described. Image is in the public domain.

Summary: Neural networks that are directly responsible for the coordination of walking movements are located in the spinal cord. A specific group of neurons in the brainstem signal to the spinal cord and control direction.

Walking is one of the most important motor skills for animals and humans. And for almost all people, being able to walk is deeply essential. In spite of this, researchers are still working to map out which signals and electrical impulses from the brain control our walking.

In a new study in mice, researchers from the Department of Neuroscience at the University of Copenhagen have come a little closer to understanding how the walking movement is controlled. They have mapped how certain neurons in the brain may be said to be the ‘brain’s steering wheel’ because they can control whether the mouse turns right or left.

‘It is an important discovery because movement is fundamentally one of the most basic features controlled by the brain. At the same time, motor disorders can be very disabling. Therefore, knowledge of the basic mechanisms of the brain and the spinal cord which control our movements is important’, says Professor Ole Kiehn.

The neuronal networks that are directly responsible for coordination of the walking movement are located in the spinal cord and are relatively well described. But researchers have now found that a particular group of neurons in the brainstem, which can be identified by their expression of a particular molecular marker called Chx10, signals to the spinal cord and controls the direction.

‘The control is done by simply applying the ‘brake’ to the walking movment on the side that the mice turn to – then the muscles will contract on the same side. In this way, the length of the steps on one side becomes short and on the other side long, making the mouse turn. Thus, the Chx10 cells constitute a motor turning system – a kind of steering wheel’, explains first author of the study Jared Cregg, Postdoc at the Department of Neuroscience.

Funding: The study was supported by EMBO, European Research Council, the Novo Nordisk Foundation Laureate Programme and the Faculty of Health and Medical Sciences.

How Hormonal Birth Control May Affect the Adolescent Brain