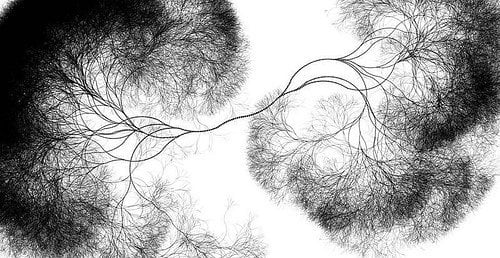 Neuroscience researchers have discovered how a structural component within neurons performs coordinated movements when connections are strengthened. Researchers also distinguished two separate steps during long term potentiation which are involved in remodeling the internal “skeletons” of dendritic spines. The research could be influential in providing further understanding of many neurological, cognitive and neurodegenerative diseases.

Scientists at Emory University School of Medicine have uncovered how a structural component inside neurons performs two coordinated dance moves when the connections between neurons are strengthened.

The results are published online in the journal Nature Neuroscience, and will appear in a future print issue.

In experiments with neurons in culture, the researchers can distinguish two separate steps during long-term potentiation, an enhancement of communication between neurons thought to lie behind learning and memory. Both steps involve the remodeling of the internal “skeletons” of dendritic spines, small protrusions on the surface of a neuron that receive electrical signals from neighboring cells.

The results hint at why people with Williams syndrome, a developmental disorder caused by a deletion of several genes, including one that alters dendritic spine remodeling, have such an unusual blend of cognitive strengths and weaknesses.

“We’ve been looking at the remodeling of dendritic spines, which is a fundamental process for reshaping circuits in the brain,” Zheng says. “The anatomy of dendritic spines is altered in many diseases, such as fragile X syndrome and schizophrenia, as well as neurodegenerative disorders like Alzheimer’s.”

During the process of long-term potentiation, dendritic spines both enlarge and display a greater density of neurotransmitter receptors, the receiver dishes that allow neurons to detect the waves of chemicals other neurons are sending them.

Zheng’s team studied this process by engineering a type of neurotransmitter receptor to be fluorescent when introduced into neurons. This particular engineered receptor is fluorescent only when it’s on the surface of a cell.

“This allows us to directly visualize the addition of these receptors to the spine surface from their internal stores,” he says.

The researchers tested how the movement of the receptors was tied to remodeling of the internal skeleton of the cell, by using drugs that either loosen or freeze the actin cytoskeleton, which forms the main structural support inside dendritic spines.

They then investigated the family of proteins called ADF (actin depolymerizing factor)/cofilin, which Zheng describes as acting like a pair of scissors, severing the links of the actin cytoskeleton.

“Our results suggest that there are two activities that need to be coordinated to strengthen dendritic spines: the cell has to cut actin filaments in order to allow receptors in storage to be added to the surface, but then it has to put away the scissors and stabilize and enlarge the spines,” Zheng says.

Williams syndrome is a rare developmental disorder caused by a chromosomal deletion spanning 28 genes, several of which may contribute to changes in cognitive development. One of the genes thought to be responsible encodes the enzyme LIM kinase 1. LIM kinase deactivates ADF/cofilin, which means neurons in Williams syndrome may have an altered ability to remodel dendritic spines.

Williams syndrome impairs affected individuals’ perceptions of space as well as their ability to make social judgments, but tends to leave other functions relatively intact. Individuals with Williams syndrome are noted to have an affinity for language and music.

“Cytoskeletal remodeling is required for some aspects of long-term potentiation but also needs to be reigned in. If we change LIM kinase or ADF/cofilin and shift the balance of the cytoskeletal remodeling, that could affect some cognitive processes and not others,” Zheng proposes. He also believes that the actin cytoskeleton and its regulation by ADF/cofilin, can be a likely target affected by many neurological disorders involving impaired brain functions.

Pharmaceutical companies have been testing inhibitors of LIM kinases as potential drugs for treating glaucoma, cancer and other diseases. Zheng’s team’s results indicate that manipulating LIM kinase with drugs could end up perturbing or impairing cognitive processes, he says.

“However, it also could mean that there is a window of time where you could possibly enhance learning or memory formation, based on the dynamics of dendritic spine remodeling,” he says.

The research was supported by the National Institutes of Health.