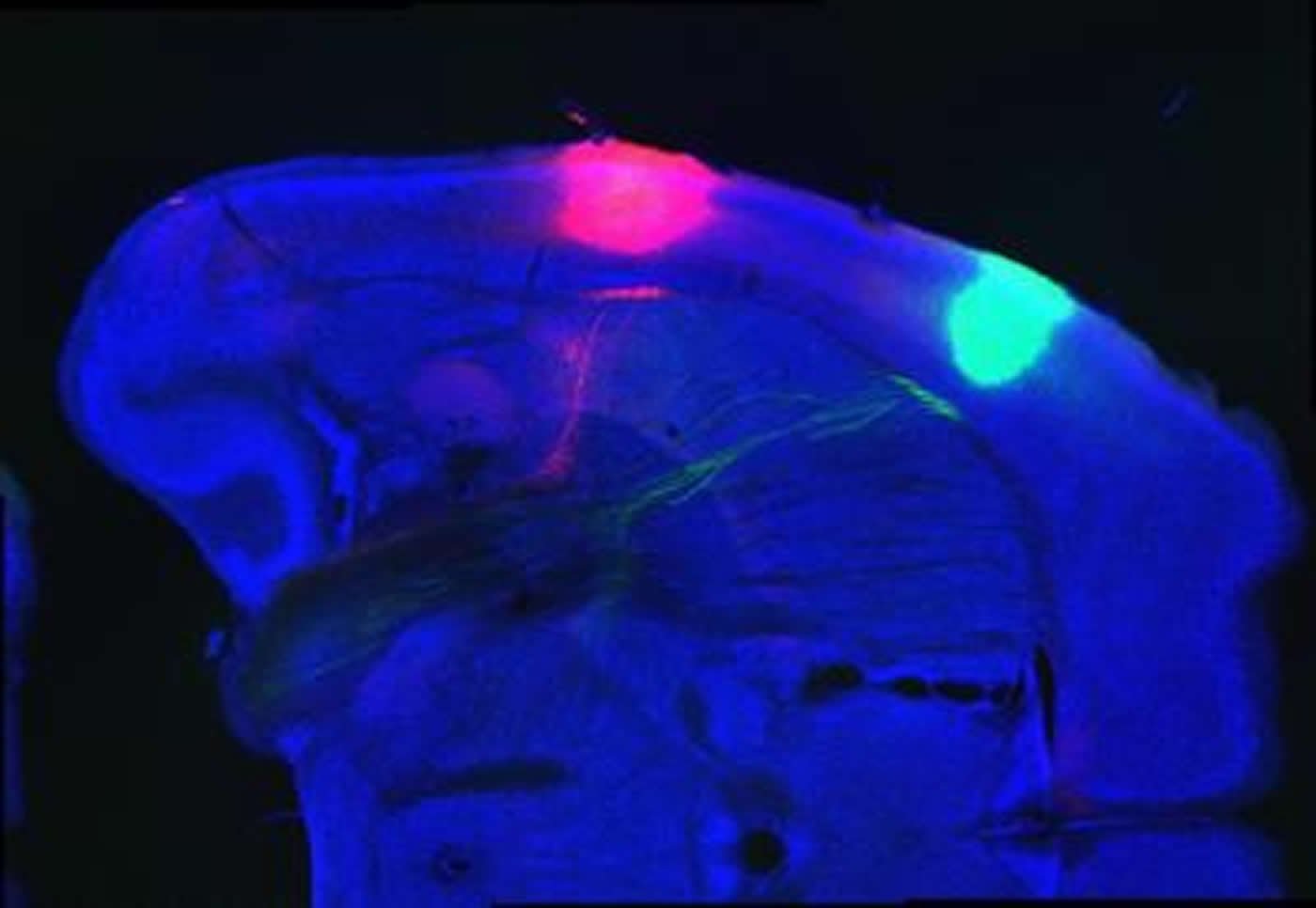 Turning Taste On and Off

New study proves that sense of taste is hardwired in the brain, independent of learning or experience.

Most people probably think that we perceive the five basic tastes–sweet, sour, salty, bitter and umami (savory)–with our tongue, which then sends signals to our brain “telling” us what we’ve tasted. However, scientists have turned this idea on its head, demonstrating in mice the ability to change the way something tastes by manipulating groups of cells in the brain.

The findings were published today in the online edition of Nature.

“Taste, the way you and I think of it, is ultimately in the brain,” said study leader Charles S. Zuker, PhD, professor of biochemistry and molecular biophysics and of neuroscience, a member of the Kavli Institute for Brain Science and the Mortimer B. Zuckerman Mind Brain Behavior Institute, and a Howard Hughes Medical Institute Investigator at Columbia University Medical Center (CUMC). “Dedicated taste receptors in the tongue detect sweet or bitter and so on, but it’s the brain that affords meaning to these chemicals.”

The primary aim of Dr. Zuker’s lab is to understand how the brain transforms detection of chemical stimuli into perception. Over the past decade or so, Dr. Zuker and his colleagues proved that there are dedicated receptors for each taste on the tongue, and that each class of receptor sends a specific signal to the brain. More recently, they demonstrated that each taste is sensed by unique sets of brain cells, located in separate locations in the brain’s cortex -generating a map of taste qualities in the brain.

The scientists used optogenetics, which allowed them to directly activate specific neurons with laser light. Yueqing Peng, a postdoctoral associate in Dr. Zuker’s lab, examined whether manipulating the neurons in these brain regions could evoke the perception of sweet or bitter, without the mouse actually tasting either. (Sweet and bitter tastes were chosen because they are most critical and recognizable tastes for humans and other animals. Sweet taste permits the identification of energy-rich nutrients, while bitter warns against the intake of potentially noxious chemicals).

“In this study, we wanted to know if specific regions in the brain really represent sweet and bitter. If they do, silencing these regions would prevent the animal from tasting sweet or bitter, no matter how much we gave them,” he said. “And if we activate these fields, they should taste bitter or sweet, even though they’re only getting plain water.”

This is exactly what the researchers observed. When scientists injected a substance into the mice to silence the sweet neurons, the animals could not reliably identify sweet. They could, however, still detect bitter. The animals regained their ability to taste sweet when the drug was flushed from the brain. Conversely, silencing the bitter neurons prevented the mice from recognizing bitter, but they could still taste sweet.

Remarkably, the researchers were also able to make the animals think they were tasting bitter or sweet, even when the animal was only drinking water. When the researchers activated the sweet neurons during drinking, they observed behavioral responses in the mice associated with sweet, such as impressively increased licking. In contrast, stimulating bitter neurons dramatically suppressed licking, and elicited classic taste-rejection responses, including the activation of gagging behavior. These results showed that by manipulating the brain centers representing sweet and bitter taste they could directly control an animal’s sensory perception and behavioral actions, says Peng.

Most people probably think that we perceive the five basic tastes—sweet, sour, salty, bitter and umami (savory)—with our tongue, which then sends signals to our brain “telling” us what we’ve tasted. However, scientists have turned this idea on its head, demonstrating in mice the ability to change the way something tastes by manipulating groups of cells in the brain.

The researchers also performed optogenetic tests on animals that had never tasted sweet or bitter chemicals, and showed that activation of the corresponding neurons triggered the appropriate behavioral response. “These experiments formally prove that the sense of taste is completely hardwired, independent of learning or experience, said Dr. Zuker, which is different from the olfactory system. Odors don’t carry innate meaning until you associate them with experiences. One smell could be great for you and horrible to me.” (As humans, of course, we can eventually learn to enjoy bitters and dislike sugar).

In a final set of experiments, animals were trained to report the identity of an orally applied sweet and bitter stimulus by performing a novel behavioral task, allowing the researchers to test what the animal is tasting. In the experiments, the mice tasted real bitter, sweet and salty chemicals at times, but at other times the researchers used the laser to activate the animals’ sweet or bitter cortical fields. The behavior of the mice did not differ between the real and virtual tastes, demonstrating that the light is mimicking the perception of bitter and sweet. “In other words, taste is all in the brain,” said Zuker.

The researchers declare no financial or other conflicts of interest.

Sweet and bitter taste in the brain of awake behaving animals

Taste is responsible for evaluating the nutritious content of food, guiding essential appetitive behaviours, preventing the ingestion of toxic substances, and helping to ensure the maintenance of a healthy diet. Sweet and bitter are two of the most salient sensory percepts for humans and other animals; sweet taste allows the identification of energy-rich nutrients whereas bitter warns against the intake of potentially noxious chemicals. In mammals, information from taste receptor cells in the tongue is transmitted through multiple neural stations to the primary gustatory cortex in the brain. Recent imaging studies have shown that sweet and bitter are represented in the primary gustatory cortex by neurons organized in a spatial map, with each taste quality encoded by distinct cortical fields. Here we demonstrate that by manipulating the brain fields representing sweet and bitter taste we directly control an animal’s internal representation, sensory perception, and behavioural actions. These results substantiate the segregation of taste qualities in the cortex, expose the innate nature of appetitive and aversive taste responses, and illustrate the ability of gustatory cortex to recapitulate complex behaviours in the absence of sensory input.