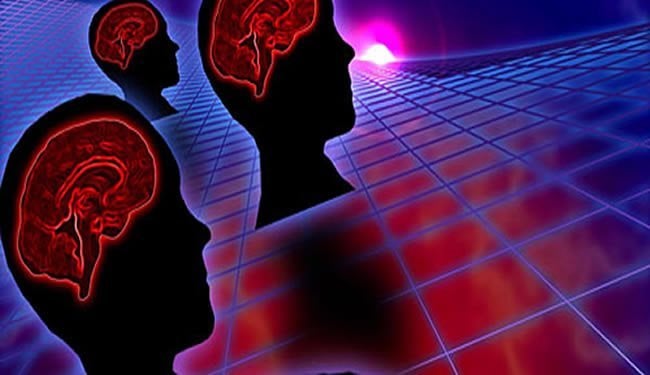 Scientists have discovered proof that the evolution of intelligence and larger brain sizes can be driven by cooperation and teamwork, shedding new light on the origins of what it means to be human.

The study appears online in the journal Proceedings of the Royal Society B and was led by scientists at Trinity College Dublin: PhD student, Luke McNally and Assistant Professor Dr Andrew Jackson at the School of Natural Sciences in collaboration with Dr Sam Brown of the University of Edinburgh.

The researchers constructed computer models of artificial organisms, endowed with artificial brains, which played each other in classic games, such as the ‘Prisoner’s Dilemma’, that encapsulate human social interaction.  They used 50 simple brains, each with up to 10 internal processing and 10 associated memory nodes. The brains were pitted against each other in these classic games.

The game was treated as a competition, and just as real life favours successful individuals, so the best of these digital organisms which was defined as how high they scored in the games, less a penalty for the size of their brains were allowed to reproduce and populate the next generation of organisms.

By allowing the brains of these digital organisms to evolve freely in their model the researchers were able to show that  the transition to cooperative society  leads to the strongest selection for bigger brains. Bigger brains essentially did better as cooperation increased.

The social strategies that emerge spontaneously in these bigger, more intelligent brains show complex memory and decision making. Behaviours like forgiveness, patience, deceit and Machiavellian trickery all evolve within the game as individuals try to adapt to their social environment.

“The strongest selection for larger, more intelligent brains, occurred when the social groups were first beginning to start cooperating, which then kicked off an evolutionary Machiavellian arms race of one individual trying to outsmart the other by investing in a larger brain. Our digital organisms typically start to evolve more complex ‘brains’ when their societies first begin to develop cooperation.” explained Dr Andrew Jackson.

The idea that social interactions underlie the evolution of intelligence has been around since the mid-70s, but support for this hypothesis has come largely from correlative studies where large brains were observed in more social animals.  The authors of the current research provide the first evidence that mechanistically links decision making in social interactions with the evolution of intelligence. This study highlights the utility of evolutionary models of artificial intelligence in answering fundamental biological questions about our own origins.

“Our model differs in that we exploit the use of theoretical experimental evolution combined with artificial neural networks to actually prove that yes, there is an actual cause-and-effect link between needing a large brain to compete against and cooperate with your social group mates.”

“Our extraordinary level of intelligence defines mankind and sets us apart from the rest of the animal kingdom. It has given us the arts, science and language, and above all else the ability to question our very existence and ponder the origins of what makes us unique both as individuals and as a species,” concluded PhD student and lead author Luke McNally.

Notes about this intelligence research article