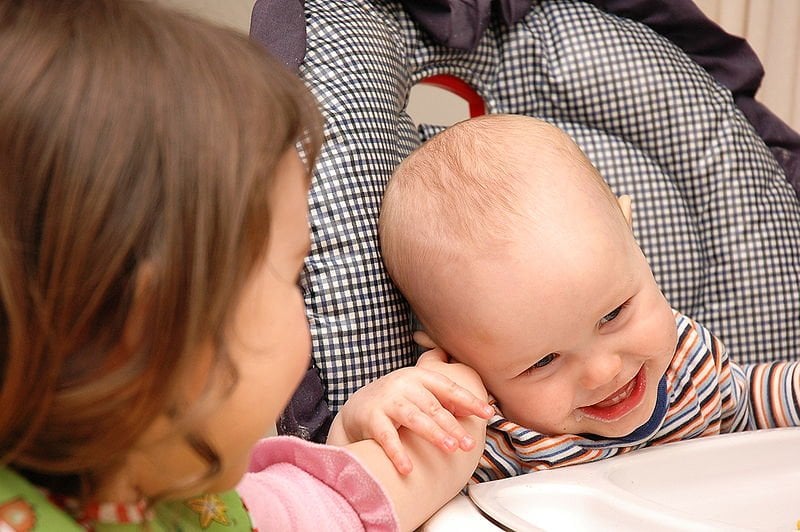 Stroke the soft body of a newborn fruit fly larva ever-so-gently with a freshly plucked eyelash, and it will respond to the tickle by altering its movement, an observation that has helped scientists at the University of California, San Francisco (UCSF) uncover the molecular basis of gentle touch, one of the most fundamental but least well understood of our senses.

Our ability to sense gentle touch is known to develop early and to remain ever-present in our lives, from the first loving caresses our mothers lavish on us as newborns to the fading tingle we feel as our lives slip away. But until now, scientists have not known exactly how humans and other organisms perceive such sensations.

In an article published online this week in the journal Nature, the UCSF team has identified the exact subset of nerve cells responsible for communicating gentle touch to the brains of Drosophila larvae, called class III neurons. They also uncovered a particular protein called NOMPC (No mechanoreceptor potential C), which is found abundantly at the spiky ends of the nerves and appears to be critical for sensing gentle touch in flies.

Without this key molecule, the team discovered, flies are insensitive to any amount of eyelash stroking, and if NOMPC is inserted into neurons that cannot sense gentle touch, those neurons gain the ability to do so.

The work sheds light on a poorly understood yet fundamental sense through which humans experience the world and derive pleasure and comfort.

Jan added that while the new work reveals much, many unanswered questions remain, including the exact mechanism through which NOMPC detects mechanical force and the identity of the analogous human molecules that confer gentle touch sensitivity in people.

The discovery is a good example of basic brain research paving the way toward answering such questions.

Why is Touch Still Such a Mystery?

Though it is fundamental to our experience of the world, our sense of gentle touch has been the least well understood of our senses scientifically, because, unlike with vision or taste, scientists have not known the identity of the  molecules that mediate it.

Scientists generally feel that, like those other senses, the sense of touch is governed by peripheral nerve fibers stretching from the spine to nerve endings all over the body. Special molecules in these nerve endings detect the mechanical movement of the skin surrounding them when it is touched, and they respond by opening and allowing ions to rush in. The nerve cell registers this response, and if the signal is strong enough, it will fire, signaling the gentle touch to the brain.

What has been missing from the picture, however, are the details of this process. The new finding is a milestone in that it defines the exact nerves and uncovers the identity of the NOMPC channel, one of the major molecular players involved, at least in flies.

Jan and his colleagues made this discovery through an unusual route. They were looking at the basic physiology of the developing fruit fly, examining how class III neurons develop in larvae. They noticed that when these cells developed in the insects, their nerve endings would always become branches into spiky dendrites.

What’s in a Name? Actors Suppress Their Sense of Self When Playing New Character

Wanting to know what these neurons are responsible for, they examined them closely and found the protein NOMPC was abundant at the spiky ends. They then examined a fly genetically engineered to have a non-functioning form of NOMPC and showed that it was insensitive to gentle touch. They also showed that they could induce touch sensitivity in neurons that do not normally respond to gentle touch by inserting copies of the NOMPC protein into them.
End of UCSF press release

How our bodies can perceive mechanical stimuli at the molecular level is one of the great mysteries in Biology. We used the tiny Drosophila larvae to study this question and identified the first the first eukaryotic channel that can be activated by mechanical force in a heterologous expression system and is required for mechanotransduction of gentle touch in vivo. This could lead to greater understanding of touch sensation in humans, and a fundamental understanding of how these channels actually function. It came as a great surprise that this protein alone can function as a sensor although it was previously thought to require considerably more complex and multi-component systems.

We discovered that one kind of multidendritic neurons that tile the larval body wall can sense the gentle touch of an eye lash. We further identified an ion channel of the Transient Receptor Potential (TRP) family as specifically required for the sensation in these neurons. We went even further to show that this ion channel alone can function as a bona fide mechanotransduction channel that mediates the gentle-touch sensation in-vivo. Our study also suggests that different mechanosensitive channels may be used to sense gentle touch versus noxious mechanical stimuli.

Funding: This work was funded by the National Institutes of Health via grant #R37NS040929 and #5R01MH084234; by the Howard Hughes Medical Institute; and through two Long-Term Fellowships from the Human Frontier Science Program.