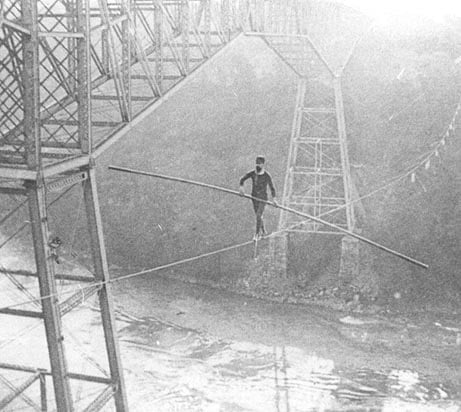 Researchers Explore How the Brain Perceives Direction and Location

The Who asked “who are you?” but Dartmouth neurobiologist Jeffrey Taube asks “where are you?” and “where are you going?” Taube is not asking philosophical or theological questions. Rather, he is investigating nerve cells in the brain that function in establishing one’s location and direction.

Taube, a professor in the Department of Psychological and Brain Sciences, is using microelectrodes to record the activity of cells in a rat’s brain that make possible spatial navigation—how the rat gets from one place to another—from “here” to “there.” But before embarking to go “there,” you must first define “here.”

“Knowing what direction you are facing, where you are, and how to navigate are really fundamental to your survival,” says Taube. “For any animal that is preyed upon, you’d better know where your hole in the ground is and how you are going to get there quickly. And you also need to know direction and location to find food resources, water resources, and the like.”

Not only is this information fundamental to your survival, but knowing your spatial orientation at a given moment is important in other ways, as well. Taube points out that it is a sense or skill that you tend to take for granted, which you subconsciously keep track of. “It only comes to your attention when something goes wrong, like when you look for your car at the end of the day and you can’t find it in the parking lot,” says Taube.

Perhaps this is a momentary lapse, a minor navigational error, but it might also be the result of brain damage due to trauma or a stroke, or it might even be attributable to the onset of a disease such as Alzheimer’s. Understanding the process of spatial navigation and knowing its relevant areas in the brain may be crucial to dealing with such situations.

One critical component involved in this process is the set of neurons called “head direction cells.” These cells act like a compass based on the direction your head is facing. They are located in the thalamus, a structure that sits on top of the brainstem, near the center of the brain.

He is also studying neurons he calls “place cells.” These cells work to establish your location relative to some landmarks or cues in the environment. The place cells are found in the hippocampus, part of the brain’s temporal lobe. They fire based not on the direction you are facing, but on where you are located.

Studies were conducted using implanted microelectrodes that enabled the monitoring of electrical activity as these different cell types fired.

Taube explains that the two populations — the head direction cells and the place cells — talk to one another. “They put that information together to give you an overall sense of ‘here,’ location wise and direction wise,” he says. “That is the first ingredient for being able to ask the question, ‘How am I going to get to point B if I am at point A?’ It is the starting point on the cognitive map.”

Taube and Stephane Valerio, his postdoctoral associate for the last four years, have just published a paper in the journal Nature Neuroscience, highlighting the head direction cells. Valerio has since returned to the Université Bordeaux in France.

The studies described in Nature Neuroscience discuss the responses of the spatial navigation system when an animal makes an error and arrives at a destination other than the one targeted —its home refuge, in this case. The authors describe two error-correction processes that may be called into play—resetting and remapping—differentiating them based on the size of error the animal makes when performing the task.

When the animal makes a small error and misses the target by a little, the cells will reset to their original setting, fixing on landmarks it can identify in its landscape. “We concluded that this was an active behavioral correction process, an adjustment in performance,” Taube says. “However, if the animal becomes disoriented and makes a large error in its quest for home, it will construct an entirely new cognitive map with a permanent shift in the directional firing pattern of the head direction cells.” This is the “remapping.”

Taube acknowledges that others have talked about remapping and resetting, but they have always regarded them as if they were the same process. “What we are trying to argue in this paper is that they are really two different, separate brain processes, and we demonstrated it empirically,” he says. “To continue to study spatial navigation, in particular how you correct for errors, you have to distinguish between these two qualitatively different responses.”

Taube says other investigators will use this distinction as a basis for further studies, particularly in understanding how people correct their orientation when making navigational errors.