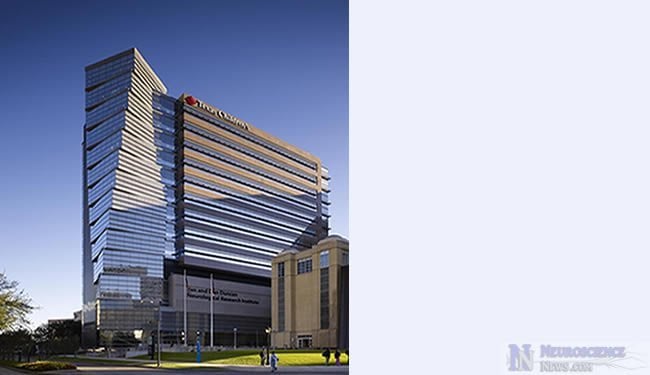 The world’s first basic research institute for childhood neurological diseases opened in Houston, Texas and is part of the Texas Children’s Hospital. Some of the research the new research insitute will focus on includes childhood neurological diseases such as autism, epilepsy, Rett syndrome, cerebral palsy, ataxias and Batten disease. More details about the new institute are provided in the press release below.

Located in the heart of the Texas Medical Center in a uniquely designed 13-floor research tower, the NRI aims to increase the pace of discoveries by pioneering a multidisciplinary research approach to the complex challenge of understanding brain development and function.

The NRI is directed by Dr. Huda Y. Zoghbi, a Howard Hughes Medical Institute (HHMI) investigator and one of the world’s most renowned neurogeneticists. Joining her are 15 investigators and their research teams of 130 scientists recruited from around the world in diverse disciplines such as genetics, neurobiology, physics, mathematics, bioinformatics and behavioral psychology.  NRI researchers will work in specially designed “collaboratories” – open labs that facilitate the free exchange of ideas, information and resources.

Because many childhood neurological disorders share common symptoms and characteristics, NRI investigators will work across a spectrum of diseases including autism, epilepsy, Rett syndrome, cerebral palsy, ataxias and Batten disease.

“By design, the NRI’s goal is to transform pediatric neurological disease research by bringing diverse expertise together, supporting it with a strong infrastructure of core facilities, and creating an efficient research environment to increase our understanding of the disease process to set the stage for the development of therapies” said Zoghbi, also a professor in the departments of Pediatrics, Neuroscience and Molecular and Human Genetics at Baylor College of Medicine (BCM).

Zoghbi noted that new scientific insights into the health of the developing brain will lead to greater understanding of the aging brain. For this reason, many NRI studies may also impact disorders such as ALS, Alzheimer’s and Huntington’s disease.

The NRI will pioneer a new model of collaboration among researchers, rewarding its scientists for shared expertise and accomplishments as well as individual achievement. “The guiding principle of the NRI is collaboration at every level – interdisciplinary, interdepartmental and inter-institutional,” Zoghbi said.

NRI researchers are faculty members of BCM, the academic partner of Texas Children’s Hospital, and many are also affiliated with research institutions such as HHMI, Rice University and Telethon Institute of Genetics and Medicine (TGEM), based in Naples, Italy.

According to the World Health Organization, more than one billion people worldwide, including 300 million children, suffer from some form of neurological disease. While neurological diseases are more common than cancer and heart disease combined, the field has received fewer research dollars than either.

Wallace cited the support of the Texas Children’s Hospital Board of Trustees as instrumental in achieving the bold scientific vision embodied in the NRI and lauded the determination and generosity of many philanthropists, notably, Cynthia and Tony Petrello, and Jan Ellis Duncan, who with her late husband, Dan, made a $50 million transformational gift in 2007.

“This magnitude of pediatric neurological research isn’t being carried out anywhere else and is so needed. I am grateful that Dan and I could support Texas Children’s in leading the effort to find the causes of these diseases – the vital first step toward new treatments,” said Duncan.

The NRI research building, designed by the architectural firm of Perkins+Will and constructed by Houston-based Tellepsen, provides flexible, productive, open laboratory spaces that foster collaboration and collegiality. The twisting tower acts as a vertical bridge that connects the main research floors, while a horizontal walkway connects the building to nearby institutions. With the intent of seeking LEED Silver certification upon opening, the NRI building incorporates several sustainable laboratory design strategies, a noteworthy feature given that research laboratories are high energy users.

A colorful “double helix” design threads playfully throughout the NRI building – both a reference to the research under way as well as a constant reminder of the beneficiaries of the NRI’s work, children.

About Baylor College of Medicine

Baylor College of Medicine (www.bcm.edu) in Houston is recognized as a premier academic health science center and is known for excellence in education, research and patient care. It is the only private medical school in the greater southwest and is ranked as one of the top 25 medical schools for research in U.S. News & World Report. BCM is listed 13th among all U.S. medical schools for National Institutes of Health funding, and No. 2 in the nation in federal funding for research and development in the biological sciences at universities and colleges by the National Science Foundation. Located in the Texas Medical Center, BCM has affiliations with eight teaching hospitals, each known for medical excellence. Currently, BCM trains more than 3,000 medical, graduate, nurse anesthesia, and physician assistant students, as well as residents and post-doctoral fellows. BCM is also home to the Baylor Clinic, an adult clinical practice that includes advanced technologies for faster, more accurate diagnosis and treatment, access to the latest clinical trials and discoveries, and groundbreaking healthcare based on proven research. Follow Baylor College of Medicine on facebook (http://www.facebook.com/BaylorCollegeOfMedicine) and twitter (http://twitter.com/BCMHouston).