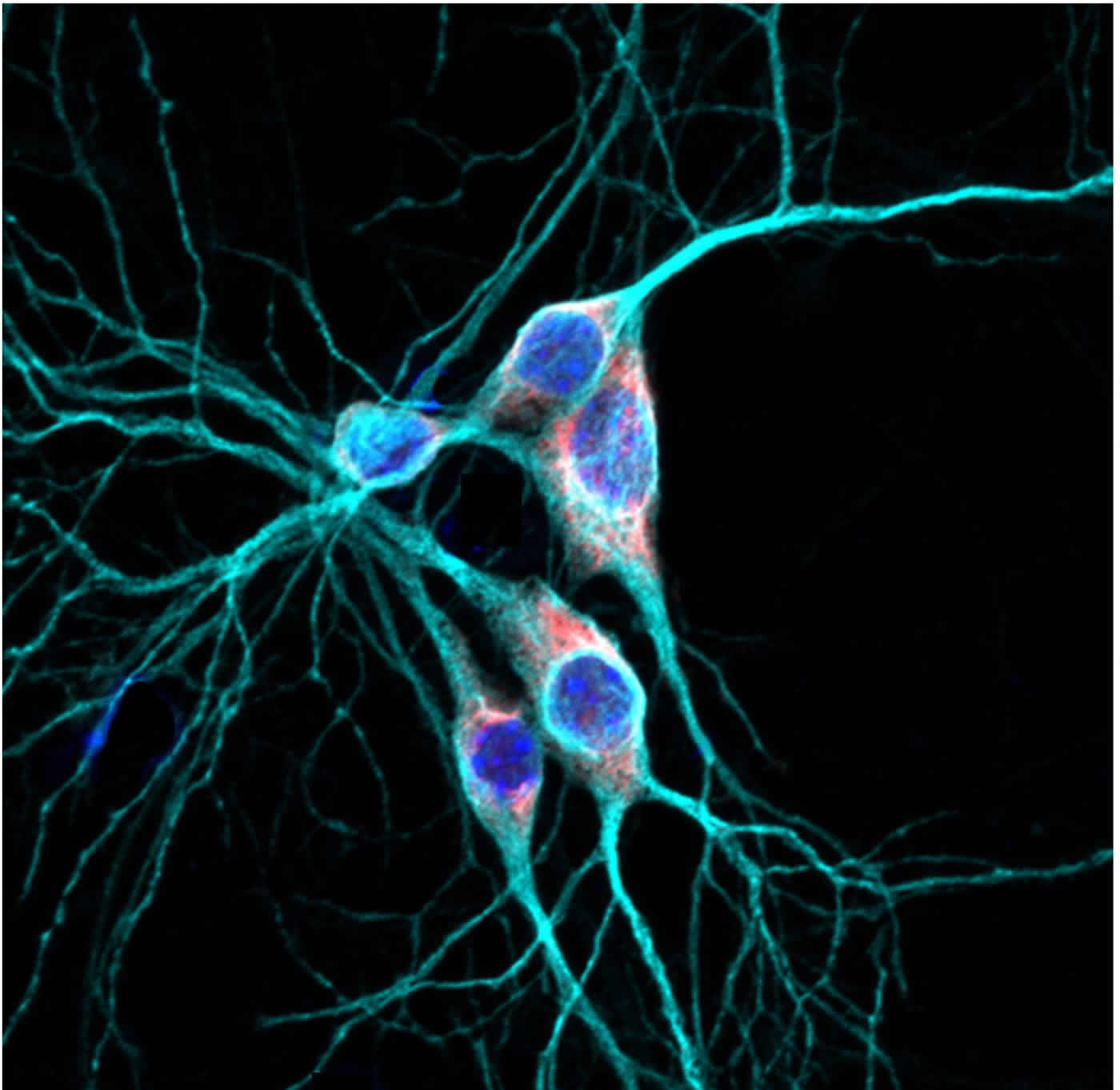 UCLA scientists discovered a treasure trove of drug targets for new autism therapies in this part of the cell. Credit: Martin lab/UCLA.

Shedding Light on How Genetic Mutations May Lead to Autism

UCLA scientists have discovered that an overlooked region in brain cells houses a motherlode of mutated genes previously tied to autism. Recently published in Neuron, the finding could provide fresh drug targets and lead to new therapies for the disorder, which affects one in 68 children in the United States.

“Our discovery will shed new light on how genetic mutations lead to autism,” said principal investigator Dr. Kelsey Martin, interim dean and a professor of biological chemistry at the David Geffen School of Medicine at UCLA. “Before we can develop an effective therapy to target a gene, we must first understand how the gene operates in the cell.”

The UCLA team focused on a gene called Rbfox1, which regulates how the cell makes proteins — the molecular workhorses that perform essential tasks in cells. Proteins also help shape the body’s tissues and organs, like the brain.

“Identifying a gene’s function is critical for molecular medicine,” said coauthor Daniel Geschwind, the Gordon and Virginia MacDonald Distinguished Professor of Human Genetics and a professor of neurology and psychiatry at UCLA. “My colleagues discovered that Rbfox1 has an entirely new function that other scientists had overlooked.”

Earlier studies by Geschwind and others have linked mutations in Rbfox1 to an increased risk for autism, which makes Rbfox1 an especially important gene to study. To better understand how Rbfox1 functions, Martin teamed up with UCLA molecular geneticist Douglas Black. The two blended a cell biology approach with powerful DNA-sequencing technology to reveal the identities of the genes controlled by Rbfox1.

“Our results turned up an exciting new set of genetic connections,” said Black, a professor of microbiology, immunology and molecular genetics. “We found that where Rbfox1 was located in the cell determined what genes it influenced.”

“Scientists used to think that Rbfox1 worked primarily in the nucleus to allow genes to make multiple proteins. We were surprised to see that Rbfox1 also controls more than 100 genes in the cytoplasm,” Lee said. “A majority of these genes encode proteins critical to the brain’s development and have been tied to autism risk.”

The UCLA team’s separation of these two functions revealed that the genes targeted by RBfox1 in the cell’s cytoplasm were highly enriched in proteins vital to the developing brain. Autism risk increases when these genes go awry.

“While some experts have hinted at the role of cytoplasmic genes in autism risk, no one has explored it in actual cells before,” said Martin, who is also a professor of psychiatry at UCLA’s Semel Institute for Neuroscience and Human Behavior. “Our study is the first to discover that dozens of autism risk genes reside in the cytoplasm and share common pathways in regulating the brain cells.”

To pinpoint new drug targets, the researchers’ next step will be to learn how Rbfox1 controls genes in the cytoplasm.

“This is a fundamental discovery that poses significant treatment implications,” Geschwind concluded. “Because so many genes are linked to autism risk, identifying common pathways where these genes overlap will greatly simplify our ability to develop new treatments.”

About this autism research

Cytoplasmic Rbfox1 Regulates the Expression of Synaptic and Autism-Related Genes