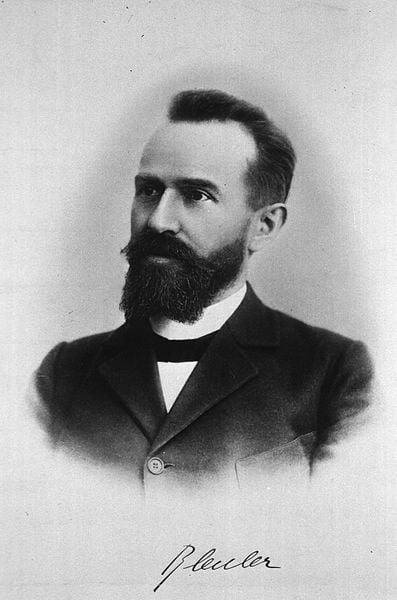 Eugen Bleuler was a Swiss psychiatrist and is possibly most recognized for introducing the term "schizophrenia" in 1908. Blueler further discussed it in his 1911 publication "Dementia Praecox, oder Gruppe der Schizophrenien."
Home
Featured

Scientists studying a rare genetic disorder have identified a molecular pathway that may play a role in schizophrenia, according to new research in the October 10 issue of The Journal of Neuroscience. The findings may one day guide researchers to new treatment options for people with schizophrenia — a devastating disease that affects approximately 1 percent of the world’s population.

Schizophrenia is characterized by a multitude of symptoms, including hallucinations, social withdrawal, and learning and memory deficits, which usually appear during late adolescence or early adulthood. Efforts to identify disease causes have been complicated by the fact that no single genetic mutation is strongly associated with the disease. By studying a rare genetic disorder that increases the risk of schizophrenia, Laurie Earls, PhD, and colleagues in the laboratory of Stanislav Zakharenko, MD, PhD, at St. Jude Children’s Research Hospital identified molecular changes that affect memory and are also present in people with schizophrenia.

Approximately 30 percent of people with a genetic disorder known as 22q11 deletion syndrome develop schizophrenia, making it one of the strongest risk factors for the disease. In previous studies of mice with the 22q11 deletion, Zakharenko’s group identified changes in nerve cells leading to deficits in the hippocampus — the brain’s learning and memory center — that appear with age. In the current study, the group confirmed similar molecular changes occur in people with schizophrenia. They also zeroed in on the gene contributing to the nerve cell changes.

“This study makes some very important discoveries about the precise mechanisms underlying the learning and memory deficits seen in the genetic mouse model — problems that are a central part of the human disease,” said Carrie Bearden, PhD, an expert on 22q11 deletion syndrome at the University of California, Los Angeles, who was not involved in the study. “Pinpointing the specific gene involved is the first step toward developing targeted therapies that could reverse the cognitive deficits associated with schizophrenia, both in the context of this genetic mutation and the broader population,” she added.

In previous studies, Zakharenko’s group found that abnormal nerve cell communication and cognitive dysfunction was associated with elevated levels of a protein that regulates calcium in certain nerve cells known as Serca2. These abnormalities are only detectable with age in mice with the 22q11 deletion.

In the current study, the researchers identified the gene Dgcr8 as the source of the changes.It produces molecules called microRNAs that normally keep Serca2 in check. Without them, the protein becomes elevated.By adding these molecules back into the hippocampus of animals with the 22q11 deletion, the researchers were able to reduce elevated Serca2 levels and reduce the cellular deficits associated with this genetic defect.

To assess whether the findings from these genetic mouse studies might translate to schizophrenia, the authors analyzed post-mortem brain tissue from people with schizophrenia. The researchers discovered that Serca2 was elevated even in patients with schizophrenia who did not have the 22q11 deletion.

How Gut Bacteria Influence the Effects of Cocaine in Mice

This study was funded by the National Institute of Mental Health and St. Jude Children’s Research Hospital.