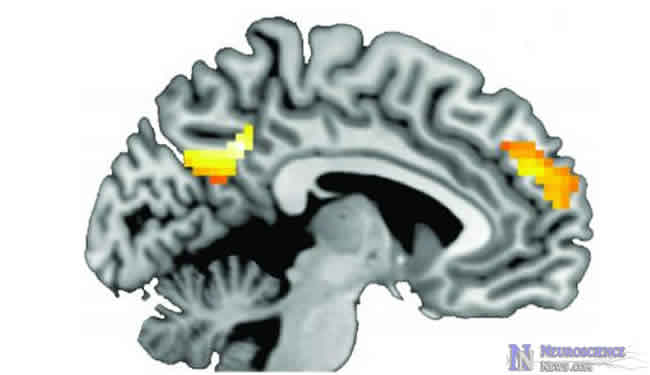 Quit Smoking Messages in the Brain

Quit smoking messages were more effective when tailored toward an individual and when that individual showed greater activity in self-related brain regions such as the dorsomedial prefrontal cortex.

Readers interested in ways to improve quit smoking messages, neuromarketing and public health campaigns can find more details in the release below.

The new University of Michigan study underscores the importance of delivering individually tailored public health messages to curb unhealthy behaviors, said principal investigator Hannah Faye Chua, who led the study as a research assistant professor at the U-M School of Public Health. It also begins to uncover the underlying neural reasons why these individually tailored messages are so much more effective than a one-size-fits-all approach, said Chua, who now works in the private sector. The study is in the journal Nature Neuroscience.

Researchers have known for 15 years that tailored public health messages that account for a person’s individuality work better at curbing unhealthy behaviors but until now, they haven’t known why.

Chua and the research team hypothesized that portions of the brain activated during self-related processing were also engaged when people received individually tailored health messages, and that this brain activity accounted for the increased effectiveness of tailored messages.

For the study, the research group assessed 91 people who wanted to stop smoking, and based on those answers they designed an individual smoking cessation program for each subject.

Next, researchers imaged subjects’ brains with MRI to see which portions responded to tailored and untailored messages about smoking cessation, and also to neutral messages. They then compared the brain response to the brain response during a self-appraisal task in which participants, still in MRI, made yes-no judgments to self-related statements such as “I am shy” or “I am athletic.”

Several brain regions activated during the self-related task also appeared to activate during the tailored messages in the same group of smokers. After the scan, participants completed the full smoking intervention program that was designed for each subject.

“The bottom line is that people who are more likely to activate self-related regions of the brain during tailored message processing, particularly dorsomedial prefrontal cortex, are more likely to quit 4 months after,” Chua said.

The findings have broad public health implications. “The bigger picture of this is advertisers are increasing using functional MRI to test advertising,” said Vic Strecher, professor in the U-M SPH who worked on the project. “If you can imagine that people who create fast food or who sell cigarettes are doing this in an effort to convey a stronger message, we really need to better understand the ways our health messages can be more effective.”

How Mothers Calm Their Distressed Infants With Soothing Signals

Chua stressed that researchers don’t want to use functional MRI as a predictor for success of public health messages; it’s simply not economically feasible. They do, however, want to better understand and eventually map the portions of the brain responsible for making decisions that will improve their health.

“However, the desire is not just motivation, because there was no difference in motivation between quitters and non-quitters,” Chua said. More than 50 percent of people quit after the four month follow-up; most smoking cessation programs range from 15 to 30 percent success. “Over 50 percent is really a successful measure,” Chua said.

The University of Michigan School of Public Health has been promoting health and preventing disease since 1941, and is ranked among the top public health schools in the nation. Whether making new discoveries in the lab or researching and educating in the field, our faculty, students, and alumni are deployed around the globe to promote and protect our health.