In a time of extreme political polarization, hearing that a political candidate has taken a stance inconsistent with their party might raise some questions for their constituents.

Why don’t they agree with the party’s position? Do we know for sure this is where they stand?

New research led by University of Nebraska-Lincoln political psychologist Ingrid Haas has shown the human brain is processing politically incongruent statements differently — attention is perking up — and that the candidate’s conviction toward the stated position is also playing a role.

In other words, there is a stronger neurological response happening when, for example, a Republican takes a position favorable to new taxes, or a Democratic candidate adopts an opinion critical of environmental regulation, but it may be easier for us to ignore these positions when we’re not exactly sure where the candidate stands.

Using functional Magnetic Resonance Imaging, or fMRI, at Nebraska’s Center for Brain Biology and Behavior, Haas and her collaborators, Melissa Baker of the University of California-Merced, and Frank Gonzalez of the University of Arizona, examined the insula and anterior cingular cortex in 58 individuals — both regions of the brain that are involved with cognitive function — and found increased activity when the participants read statements incongruent with the candidate’s stated party affiliation. The participants were also shown a slide stating how certain the candidates felt about the positions.

“The biggest takeaway is that people paid more attention to uncertainty when it was attached to the consistent information, and they were more likely to dismiss it when it was attached to the inconsistent information,” Haas, associate professor of political science, said. “In these brain regions, the most activation was to incongruent trials that were certain.

Haas said these trials didn’t examine what the voter might decide to do with this information, but that participants were paying more attention to incongruent statements overall.

“We didn’t look at whether they’re less likely to vote for the candidate, but what we show is increased neural activation associated with those trials,” Haas said. “They are taking longer to process the information and taking longer to make a decision about how they feel about it. That does seem to indicate that it’s garnering more attention.”

The research raises a possible answer to the perennial question of why politicians are frequently less explicit in their opinions, or why they may flip-flop on a stated position.

“Our work points to a reason why politicians might deploy uncertainty in a strategic way,” Haas said. “If a politician has a position that is definitely incongruent from the party’s stated position, the idea is that rather than put that out there, given that people might grasp onto it and pay more attention to it, it might be strategic for them to mask their true positions instead.”

The article, “Political uncertainty moderates neural evaluation of incongruent policy positions,” was published Feb. 22 in a special issue of Philosophical Transactions B, “The political brain: neurocognitive and computational mechanisms.”

About this politics and psychology research news

Uncertainty has been shown to impact political evaluation, yet the exact mechanisms by which uncertainty affects the minds of citizens remain unclear.

This experiment examines the neural underpinnings of uncertainty in political evaluation using functional magnetic resonance imaging (fMRI). During fMRI, participants completed an experimental task where they evaluated policy positions attributed to hypothetical political candidates. Policy positions were either congruent or incongruent with candidates’ political party affiliation and presented with varying levels of certainty. Neural activity was modelled as a function of uncertainty and incongruence.

Analyses suggest that neural activity in brain regions previously implicated in affective and evaluative processing (anterior cingulate cortex, insular cortex) differed as a function of the interaction between uncertainty and incongruence, such that activation in these areas was greatest when information was both certain and incongruent, and uncertainty influenced processing differently as a function of the valence of the attached information.

These findings suggest that individuals are attuned to uncertainty in the stated issue positions of politicians, and that the neural processing of this uncertainty is dependent on congruence of these positions with expectations based on political party identification. Implications for the study of emotion and politics and political cognition are discussed. 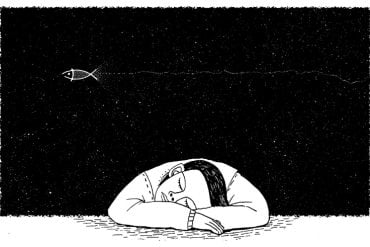 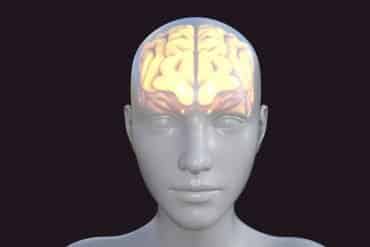