Summary: A song’s lyrics have an effect on our ability to process musical pitch, but not necessarily due to the meaningfulness of the words.

Ever notice when someone’s singing out of key? Like when you’re in a karaoke bar and your best friend belts out her favorite Adele track but woefully misses the mark? Ever wonder how you know right away she’s singing flat?

Well, Michael Weiss might have an answer for you.

Choosing well-known songs like “Happy Birthday” and “Over the Rainbow,” he wanted to know whether the presence of lyrics plays a role in detecting false notes: if there are lyrics, do we have more trouble detecting changes in pitch? If so, is it because we are processing the meaning of the words, or simply that lyrics have lots of changing syllables?

The results of Weiss’ study were published in May in the journal Psychology in Music. We asked him to tell us more about it, with some musical examples.

First of all, can you define what pitch is?

Pitch is a psychological phenomenon that relates to the frequency of a sound wave, and it’s the basis for how we hear melodies, which are just a series of pitches. We hear lower frequencies as lower pitches, and higher frequencies as higher pitches, but there’s much more to it than that. In music, pitch is also what allows us to tell if a note is “in tune” relative to the other notes.

How do humans know when something is in or out of tune?

Mostly, we just know, it isn’t something we consciously think about. That’s why we sometimes describe an out-of-tune note as “sour”—it’s a visceral experience. We all grow up in a musical culture —or more than one—and learn the “rules” of that music simply by listening, things like musical scales or keys (for example, “C major”), which are really just ways of describing our expectations.

That being said, there are different sensitivities to pitch from individual to individual, and even some individuals, those with what’s called congenital amusia, who have great difficulty noticing an out-of-tune note. (You can go test yourself for amusia on our lab’s website.)

In your study, what did you set out to find?

We had a very narrow question: when you hear a melody sung by a voice, is it more difficult to track pitch when there are lyrics? So we created short excerpts from familiar melodies and asked a singer to perform them in three ways: (1) with lyrics, (2) without lyrics but with changing syllables, namely “scat” singing, as in “doo bah dee bah,” and (3) with unchanging syllables (“la la la”). In all cases it was the same pitch information.

However, lyrics add “extra” information for the listener to process—the meaning of the words. Scat singing, in a way, also has extra information to process, because the sounds are changing, but there is no meaning to it.

So with these conditions we can see if adding lyrics makes the task more difficult, and if so, whether it’s due to processing meaning or simply changing sounds.

For each experiment, you had two to three dozen student participants listen to some pop songs specially recorded by an amateur female vocalist: which ones, for example?

We chose extremely familiar songs because we wanted our listeners to have expectations about what the melody should sound like when it’s perfectly in tune. That way, when we mistune a note, they will notice. So we chose songs like “Happy Birthday,” “Over the Rainbow,” and “Brother John.”

And you concluded that some songs were more easily processed than others? The ones with fewer lyrics, or with simple repeated lyrics?

The results showed that it was more difficult to detect a mistuned note in the songs with lyrics or scat singing, compared to the songs sung simply with “la la la.” Importantly, we found that there wasn’t much of a difference between lyric singing and scat singing. Together that means that lyrics have an effect on our ability to process musical pitch, but it isn’t necessarily due to the meaningfulness of the words.

Who do you think your research will benefit?

This is research in the basic sense, meaning that it helps us understand more about the psychological phenomenon of musical pitch-processing and doesn’t have an immediate use or application. That said, it might be of interest to those who sing, for example in choirs, or in music therapies. But generally my hope is that it will generate more research questions about how we process pitch. The singing voice is understudied in music cognition, despite being the “original instrument” of our species.

And looking beyond music, could all this help us better understand how the brain works?

That is the goal of cognitive psychology—understanding how our brain processes information and allows us to act on it. I feel that music cognition is such an important area because we are moved by music from the earliest moments of life—in lullabies, play songs, and the like— and because music is present in all societies in different forms.

Age vs. Genetics: Which Is More Important for Determining How We Age?

Humans have had music for longer than we collectively remember—the earliest physical musical instruments are tens of thousands of years old, and we may have been singing long before that. So, how we learn the rules of music, and how we act on that information, is to me as fundamental a question as how we acquire and use language.

About this music and neuroscience research news

We examined pitch-error detection in well-known songs sung with or without meaningful lyrics.

In Experiment 1, adults heard the initial phrase of familiar songs sung with lyrics or repeating syllables (la) and judged whether they heard an out-of-tune note. Half of the renditions had a single pitch error (50 or 100 cents); half were in tune. Listeners were poorer at pitch-error detection in songs with lyrics.

In Experiment 2, within-note pitch fluctuations in the same performances were eliminated by auto-tuning. Again, pitch-error detection was worse for renditions with lyrics (50 cents), suggesting adverse effects of semantic processing.

In Experiment 4, listeners evaluated songs in all styles (repeating syllables, scat, lyrics) within the same session. Performance was best with repeating syllables (50 cents) and did not differ between scat or lyric versions.

In short, tracking the pitches of highly familiar songs was impaired by the presence of words, an impairment stemming primarily from phonetic variability rather than interference from semantic processing. 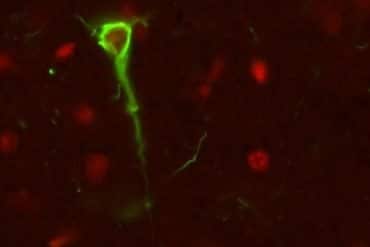