A unique study on Alzheimer’s disease examines the effect of omega-3 fatty acids with memory tests and testing of spinal fluid.

“This study is unique. It is the first-ever to collect data on these new biomarkers in people with Alzheimer’s disease treated with Omega 3 fatty acids (FFAs),” says Yvonne Freund-Levi, who has collaborated with researchers at Karolinska Institute, Sahlgrenska University Hospital and Uppsala University.

She does point out that it is a small study – it includes 33 patients, 18 of which were given omega-3 supplements morning and evening and 15 made up the control group. Spinal fluid samples were collected, and patients performed a memory test – both at the start of the study and after six months.

“But we can’t see any differences between the groups when we look at the various biomarkers in the spinal fluid samples.”

What the researchers can see however, is that there are differences within the group given omega-3. There was an increase of two of the markers that are linked to damaged nerve cells. There is, however, no clinical link to the memory tests.

“Even if this data isn’t enough for us to change our recommendations to patients at this time, it is an interesting material for researchers to build on.”

This study is based on a larger study with over 200 patients with mild to moderate Alzheimer’s disease, initiated by Yvonne Freund-Levi and her research team 15 years ago. In that study, the researchers examined, among other things, whether omega-3 transfers from the supplements to the brain – and concluded that that was indeed the case.

“We are cautious about giving recommendations, but we know that starting early is by far the best thing – it is difficult to influence the disease at a later stage. The best piece of advice we have to offer at the moment is to be physically active and to include omega-3 in your diet – in the form of oily fish or as supplements.

“We can see a difference in the results of the memory tests. Patients who were taking omega-3 supplements at an early stage of the disease scored better,” says Yvonne Freund-Levi, researcher in neuroscience at Örebro University.

A major step forward is that researchers in the future will be able to examine the biomarkers in blood samples rather than having to perform spinal tap procedures on the patients.

“We have already tested this approach at Sahlgrenska University Hospital. Without a doubt, it is so much better for the patients.”

About this Alzheimer’s disease and memory research news

Background: Studies have suggested a connection between a decrease in the levels of polyunsaturated fatty acids (PUFAs) and Alzheimer’s disease (AD). We aimed to assess the effect of supplementation with omega-3 fatty acids (n-3 FAs) on biomarkers analyzed in the cerebrospinal fluid (CSF) of patients diagnosed with AD.

Objective: To investigate the effects of daily supplementation with 2.3 g of PUFAs in AD patients on the biomarkers in CSF described below. We also explored the possible correlation between these biomarkers and the performance in the cognitive test Mini-Mental State Examination (MMSE).

Results: There were no significant differences between the groups concerning the level of the different biomarkers in the CSF at baseline. Within the treatment group, there was a small but significant increase in both YKL-40 (p = 0.04) and NfL (p = 0.03), while the other CSF biomarkers remained stable.

Conclusion: Supplementation with n-3 FAs had a statistically significant effect on NfL and YKL-40, resulting in an increase of both biomarkers, indicating a possible increase of inflammatory response and axonal damage. This increase in biomarkers did not correlate with MMSE score.

What Is the Effect of Hierarchy on Moral Behavior? 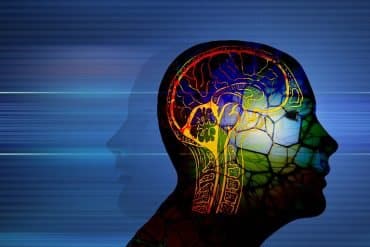