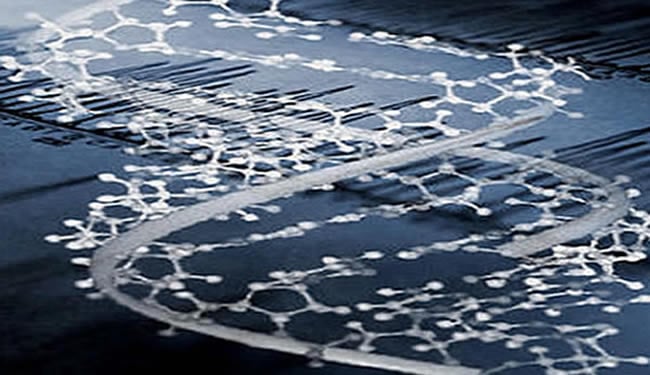 The results, from the second phase of the collaborative Autism Genome Project, are published in the June 10 issue of the journal Nature.

Autism is a complex neurobiological disorder that inhibits a person’s ability to communicate and develop social relationships, and is often accompanied by behavioral challenges. Autism spectrum disorders are diagnosed in one in 110 children in the U.S., affecting four times as many boys as girls.

The new report shows that individuals with autism tend to carry more sub-microscopic insertions and deletions called copy-number variants (CNV) in their genome than nonautistic people do. Some of these CNV appeared to be inherited, while others are considered new because they are found only in affected offspring and not in the parents. Taken together, more of the CNVs disrupt genes previously reported to be implicated in intellectual disability without autism or in autism than expected by chance.

The findings are based on analysis of high-density genotyping data collected from 1,000 individuals with autism spectrum disorder (ASD) and 1,300 without ASD.

The new study also identified new autism susceptibility genes including SHANK2, SYNGAP1, DLGAP2 and the X-linked DDX53–PTCHD1 locus. Some of these genes belong to synapse-related pathways, while others are involved in cellular proliferation, projection and motility, and intracellular signaling, functional targets that may lead to the development of new treatment approaches.

These findings further support an emerging consensus within the scientific community that autism is caused in part by many “rare variants” or genetic changes found in less than 1 percent of the population. While each of these variants may only account for a small fraction of the cases, collectively they are starting to account for a greater percentage of individuals in the autism community, as well as providing insights into possible common pathogenic mechanisms.

The overlap between autism susceptibility genes and genes previously implicated in intellectual disabilities further supports the hypothesis that at least some genetic risk factors are shared by different psychiatric developmental disabilities. The identification of these biological pathways points to new avenues of scientific investigation, as well as potential targets for the development of novel treatments, according to the authors.

“These results are another step on the long path to sufficiently understanding autism to further develop treatments for the core symptoms of autism,” says Dr. Edwin Cook, UIC professor of psychiatry.

“At the Autism Center of Excellence at UIC, we continue to work to understand the genetics, neurobiology, and treatment of autism,” he said.

Notes about this Autism article

The Autism Center of Excellence continues to recruit subjects into its study of compulsive behavior in autism. More information is available at www.psych.uic.edu/ldn/autism.htm or by calling (312) 413-4624. The UIC Autism Center of Excellence is supported in part by a grant from the Eunice Kennedy Shriver National Institute Of Child Health & Human Development of the National Institutes of Health.

The Autism Genome Project is an international autism genetics research consortium co-funded by Autism Speaks, the Medical Research Council, Canadian Institutes of Health Research, Health Research Board (Ireland), Genome Canada and the Hilibrand Foundation. The project consists of 120 scientists from more than 60 institutions in 11 countries who formed a first-of-its-kind autism genetics consortium.

The project plans to further investigate rare variants, requiring larger sample sets to identify more CNV. Additional support for Phase 2 of the AGP was provided by the National Institutes of Health. The first phase of the project, the assembly of the largest-ever autism DNA collection and whole-genome linkage scan, was funded by Autism Speaks and the National Institutes of Health and completed in 2007.