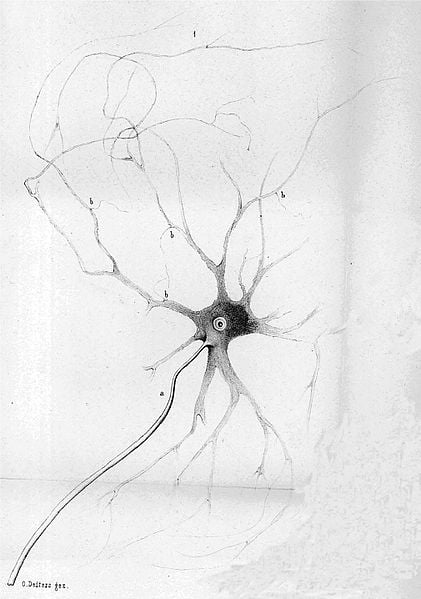 Haste and Waste on Neuronal Pathways

Researchers of the Department of Biosystems Science and Engineering of ETH Zurich were able to measure the speed of neuronal signal conduction along segments of single axons in neuronal cultures by using a high-resolution electrical method. The bioengineers are now searching for plausible explanations for the large conduction speed variations.

To write this little piece of text, the brain sends commands to arms and fingers to tap on the keyboard. Neuronal cells with their cable-like extensions, such as axons, transfer this information as electrical pulses that trigger muscles to move. The axonal signal speed can be to up to 100m/s in myelinated axons along the spinal cord. For a long time, scientists assumed that axonal signal conduction is by and large digital: either there is a signal, “1”, or there is no signal, “0”.

Now, a team of researchers under Douglas Bakkum and Andreas Hierlemann at the Department BSSE of ETH Zurich in Basel presents evidence that there may be more to axons than only digital signal conduction. They could directly measure and demonstrate that the speed of an axonal signal varies considerably within different segments of the very same axon by placing hundreds of electrodes along the axon. Moreover, the velocity pattern changed from day to day or within hours as did the morphology and position of the axon.

The exact meaning of these speed variations and the origin cannot be explained yet, as there is too little information available about axonal conduction. This may, to a large part, be a consequence of the tiny diameter of the axons. The length of an axon can be more than a meter, e.g., in the spinal cord, but the average diameter is in between 80 nm and a few micrometers. This small diameter makes any measurement of axonal potentials difficult, which, of course, also renders establishing the mechanisms that may produce the large speed variations a difficult task.

Up to now, only hypotheses concerning these speed variations exist. The temporal characteristics of axonal conduction may form part of the overall information processing abilities of ensembles of neurons or contribute to how neurons adapt to new information. The research group plans on further investigating these effects in collaboration with researchers in other disciplines and research institutions that have complementary expertise and technologies. The related research work is also facilitated through Hierlemann’s 5-year ERC Advanced Grant and Bakkum’s SNF Ambizione Grant awarded in 2010/2011. However, the researchers do not expect a fast elucidation of the axonal speed variations. Considering the small dimensions of axons, it will probably take years to collect conclusive evidence.

Up to now, a detailed and long-term investigation of signals of ensembles of neurons and their axons was hardly possible. The BSSE research group, during the last 10 years, devoted a lot of time and efforts to develop the high-resolution microelectronic chips, hosting thousands of microelectrodes. The now published, detailed and precise axonal propagation speed measurements reward the scientists for their investment and validate the approach. “We hope to acquire important new evidence with our technology,” they state. Other technologies have not yet provided a high enough spatio-temporal resolution to characterize details of axonal signal conduction.

The microelectrode array chip of the BSSE research group has 11’000 electrodes within a very small area (3150 electrodes per square millimeter) that record from or stimulate neuronal cells or ensembles. Data from 126 arbitrarily selectable electrodes can be simultaneously recorded by means of custom-developed on-chip microelectronic circuits. The neuronal cells grow directly atop the circuitry units on the microelectronic chip, which is fabricated in industrial complementary-metal-oxide-semiconductor (CMOS) technology. Signals traveling along the axons of the neurons can be measured and localized at high spatial and temporal resolution, owing to the small electrode diameter and tight electrode spacing. Moreover, electrodes can be used to stimulate single axons with the aim to evoke action potentials that propagate back to the respective cell body or soma and elicit action potentials there.

In his opinion, the neuroscience community has underestimated the potential of microelectrodes arrays for quite some time, says Prof. Hierlemann. With the work published now in Nature Communications, he hopes to further establish this method. “These results show that the microelectrode array technology is enabling access to data that are currently not accessible through other technologies,” says the bioengineer.

Nerve cells or neurons communicate with other neurons via electrical and chemical signals. If an electrical signal within a cell body, close to the axon initial segment, is large enough, it enters the axon and propagates along its length at a high speed. This is achieved by alterations in the so-called resting potential of the axon membrane, which usually has a steady negative value. Sodium ion channels open, and because of a concentration gradient, positively charged sodium ions from outside the axon travel into the axon. As a consequence, the membrane potential is briefly reversed in polarity until potassium channels open and positively charged potassium ions are released into the external liquid. This brief change in membrane potential, a so-called action potential, can be detected with the microelectrode array chip. An action potential travels without attenuation to synapses, neuron-to-neuron junctions, where the electrical signal is translated into a chemical signal: neurotransmitters are released, diffuse through the small synaptic cleft and initiate electrical activity in the neighboring postsynaptic cell. After an action potential event, the original sodium and potassium ion concentrations outside and inside of the axonal membrane and the associated resting potential across the membrane are restored through membrane pumps. The overall duration of an action potential event is on the order of 2 milliseconds.